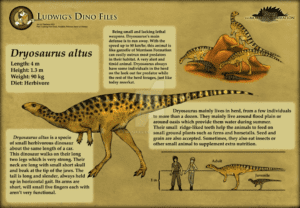 Dryosaurus was first discovered in 1876 by Samuel Wendell Williston while on a fossil hunting expedition in Albany County, Wyoming. 2 years later, this specimen would be named Dryosaurus by Professor Othniel Charles Marsh. The name means “oak tree lizard” because it was assumed that it lived in a forest dwelling.

These dinosaurs are believed to have lived all across North America and Africa. Paleontologists have found specimens in United States in Colorado, Utah and Wyoming and have also found some in Tanzania in Africa.

If you look at Dryosaurus pictures, then you’ll quickly see that these dinosaurs sort of look like Velociraptors. They have long bodies that seem to have been built for speed. Unlike Velociraptors, however, these dinosaurs weren’t carnivores. No, they were herbivores, so they probably lived off a diet of ginkgo, conifer and cycads. They may have also consumed leaves that were on the forest floor.

Dryosaurus had a long neck and a stiff tail. Scientists have theorized that this dinosaur used its neck and tail for balance. This would have allowed it to run on its 2 legs at very high speeds without tipping over. It would have also allowed this dinosaur to keep balanced while it picked up food with its 5 fingered claws. Especially items that it may have had to pick up off of the ground.

Some interesting facts about Dryosaurus are that although it was 10 feet long, it was only approximately the weight of a human male and was only about 5 feet tall. Which means that it probably would have been a target of predators. Especially since it didn’t have any significant claws or other forms of defense. Therefore, scientists have theorized that these dinosaurs probably defended themselves by being really fast and being able to outrun larger predators. It would have had to have been fast to outrun such vicious predators as the Allosaurus.

It is unknown whether this dinosaur traveled as an individual or whether it traveled in herds like other herbivores are theorized to have done. Some scientists believe that since these dinosaurs were pretty defenseless – except for their speed, of course – then they probably did travel in herds. However, their sheer speed and evasiveness probably made their herds look more like flocks of birds traveling on the ground. Able to suddenly move direction if there was danger. 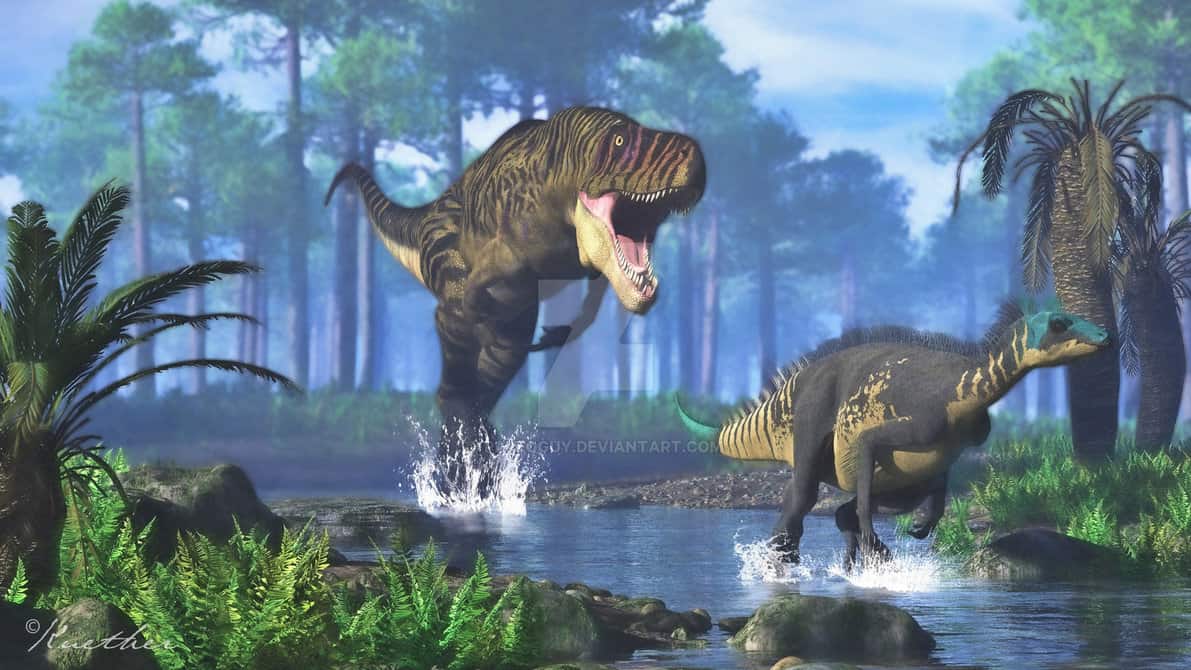 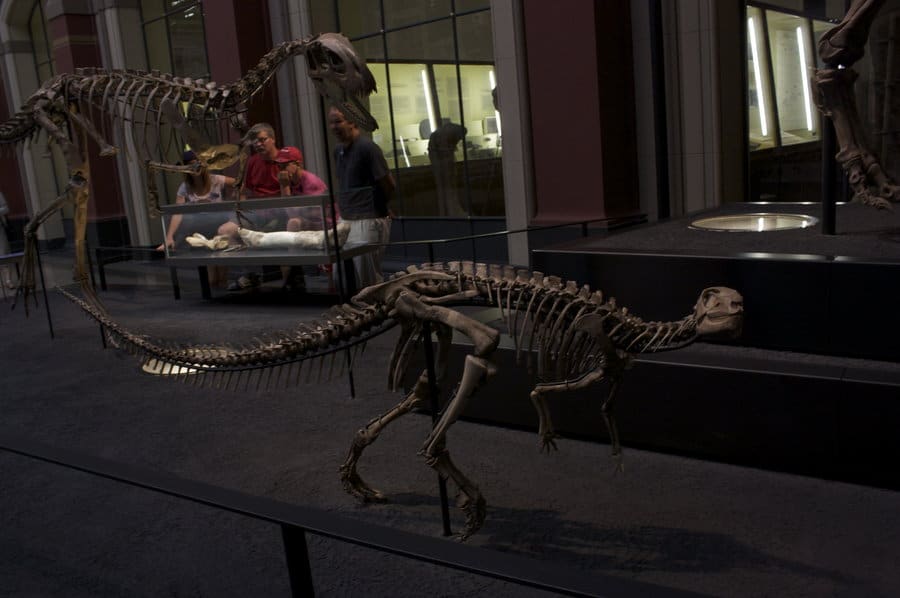 Dryosaurus by Raul A Ramos 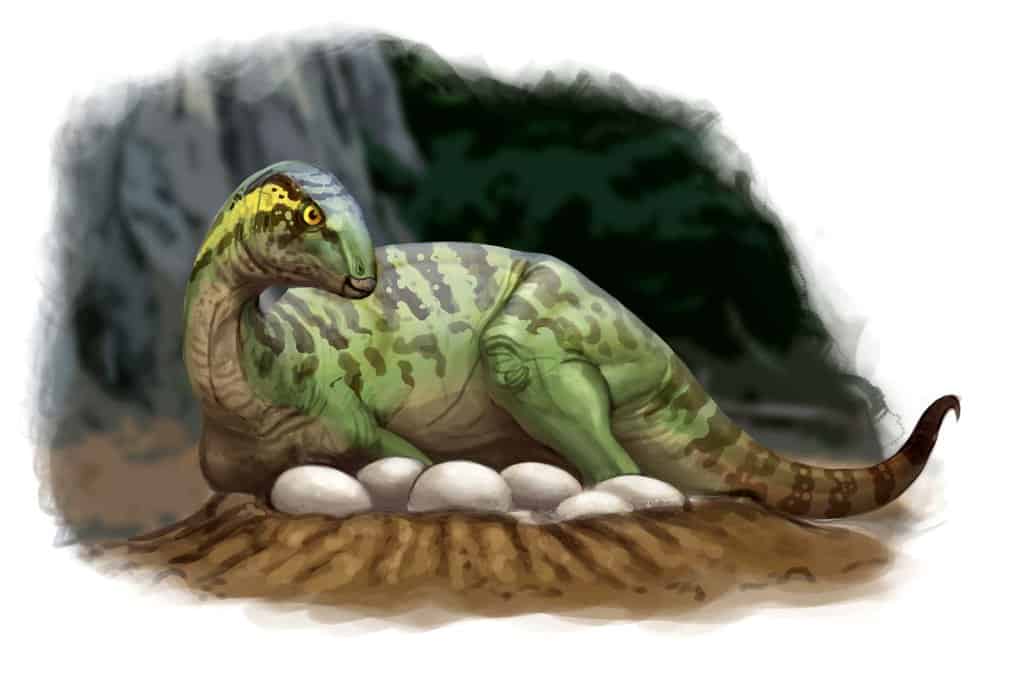 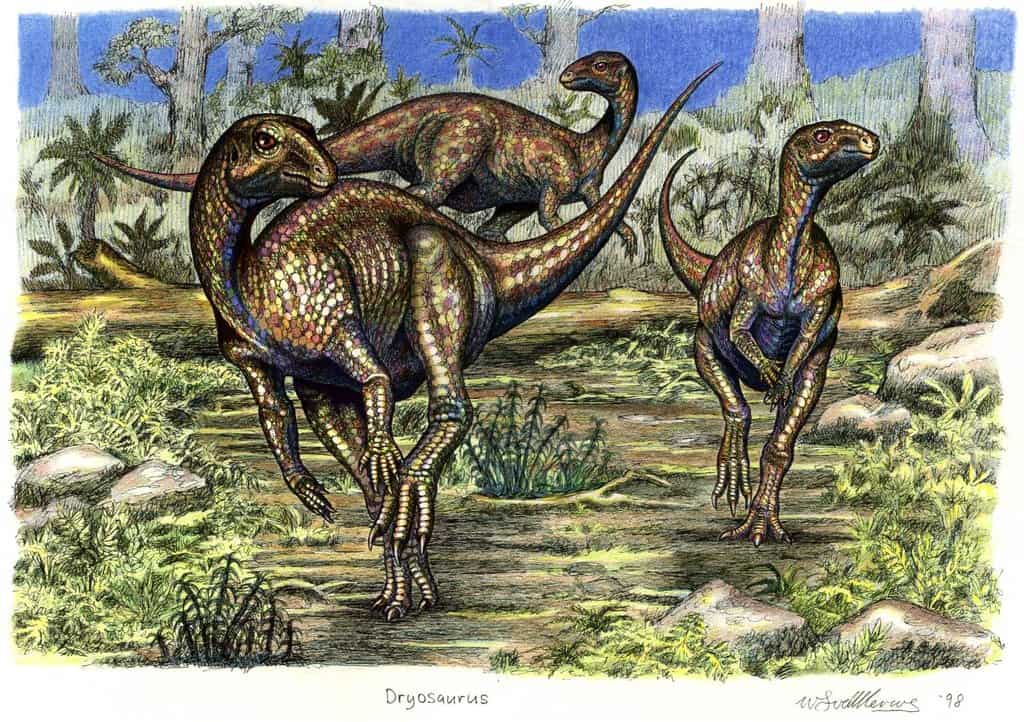 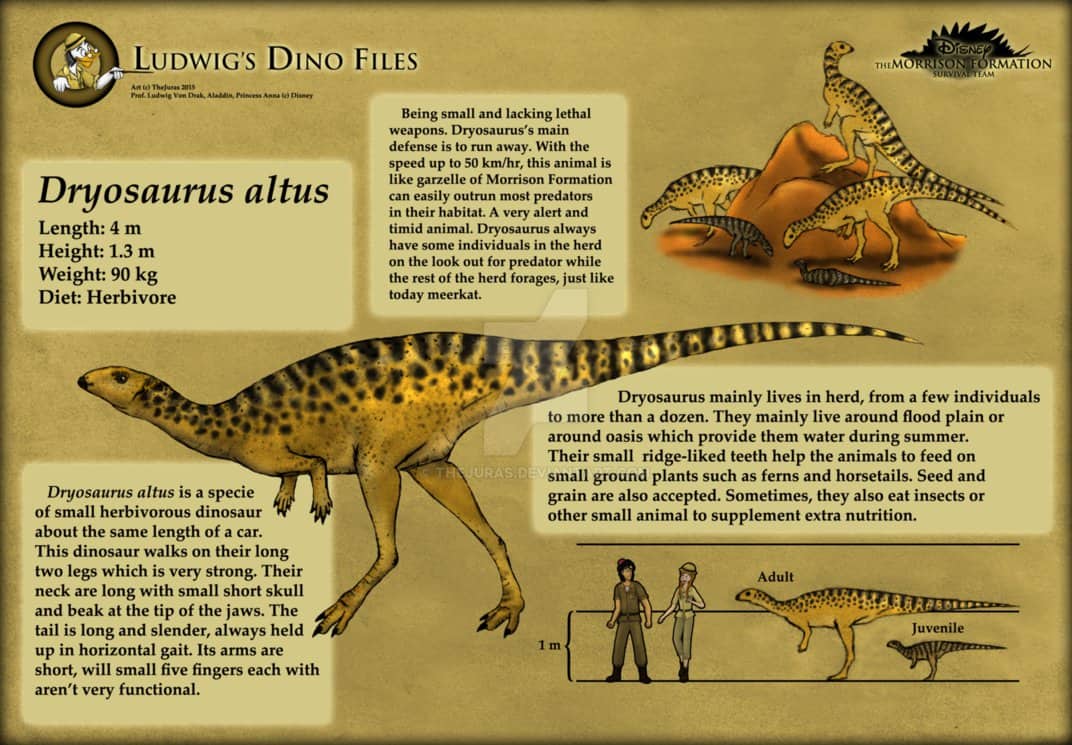 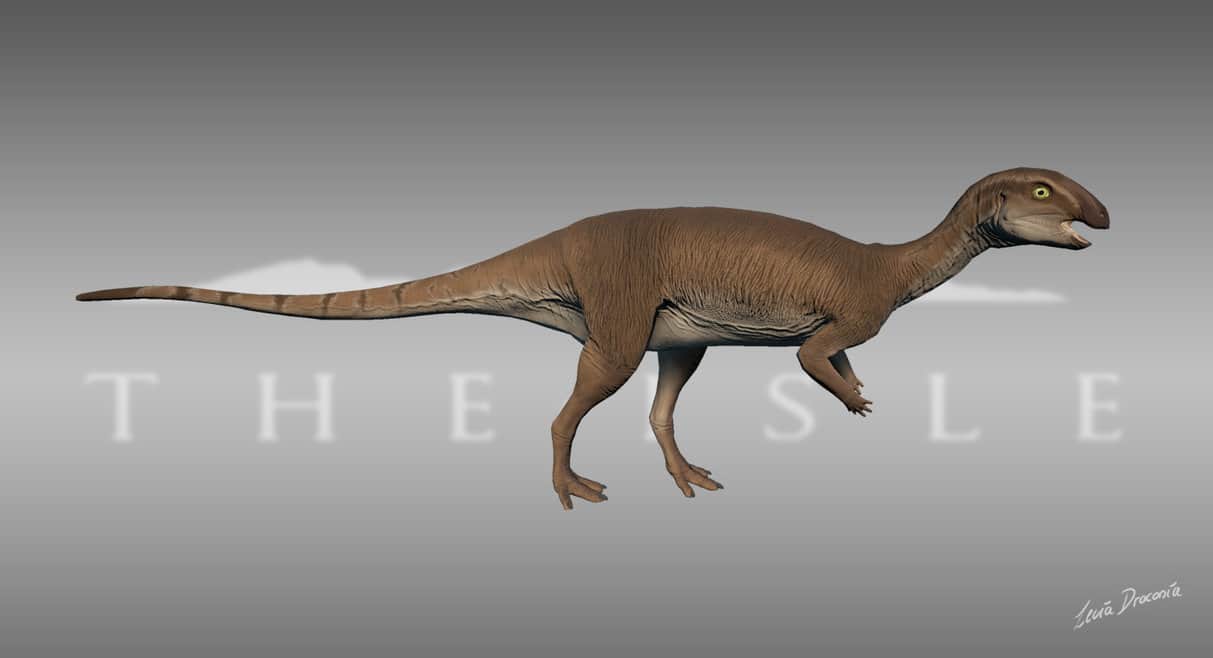 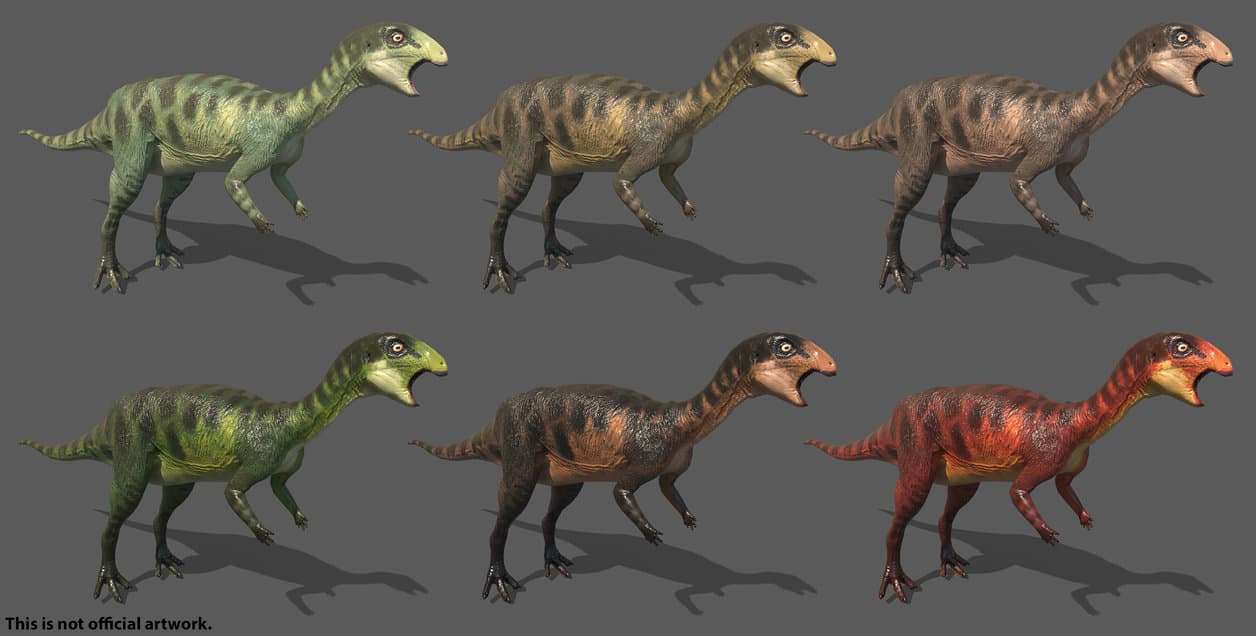 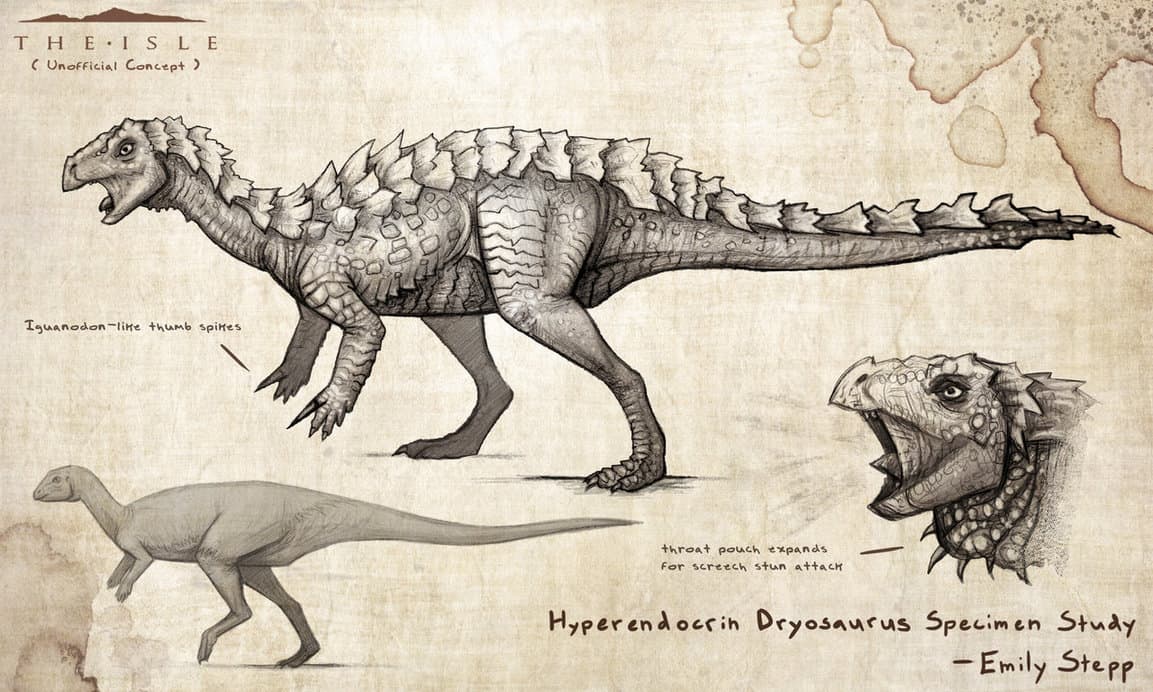 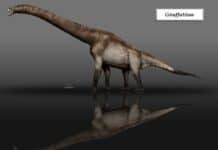