Glyptodon was a mammal which lived approximately 2 million to 10,000 years ago – from the Pleistocene through the Modern Period. It was first discovered in the early 19th century and was later named by Richard Owen in 1839. The name of this heavily armored mammal is “carved tooth.”

If you look closely at Glyptodon pictures, then you might mistake this animal for some kind of science experiment that combined a turtle, a beaver and an armadillo. However, this megafauna mammal was neither related to a turtle or a beaver. It is a distant relative of the armadillo though.

One of the most interesting facts about Glyptodon is that it was about the same size and weight of a Volkswagen Beetle car. Yes, it was approximately 10 feet long and weighed around a ton. This funny looking mammal had short legs and a huge armored dome on its back. That would have made it almost impossible for predators to eat. Unless, of course, the predator was able to flip this mammal over. If it did that, then it most likely would have been able to eat it through its soft underbelly.

Glyptodon went extinct on the precipice of the last Ice Age – or about 10,000 years ago. Paleontologists believe that climate change wasn’t the only event responsible for this animal’s demise, however. They also believe that this animal was hunted into extinction. Not only would the meat and fur of this animal be highly prized by early South American settlers, but some evidence also points to the fact that they used this animal’s shells as a way to shelter themselves from the cold. 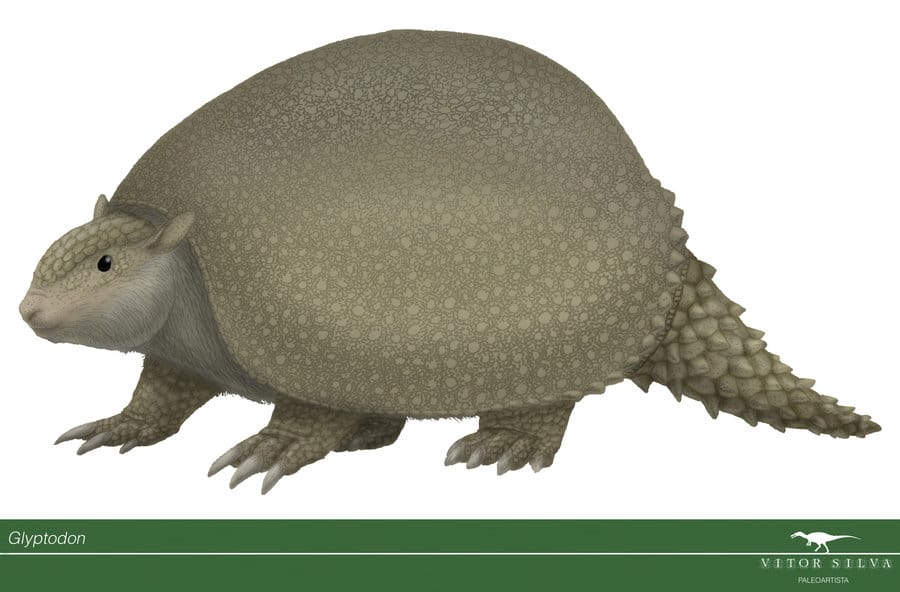 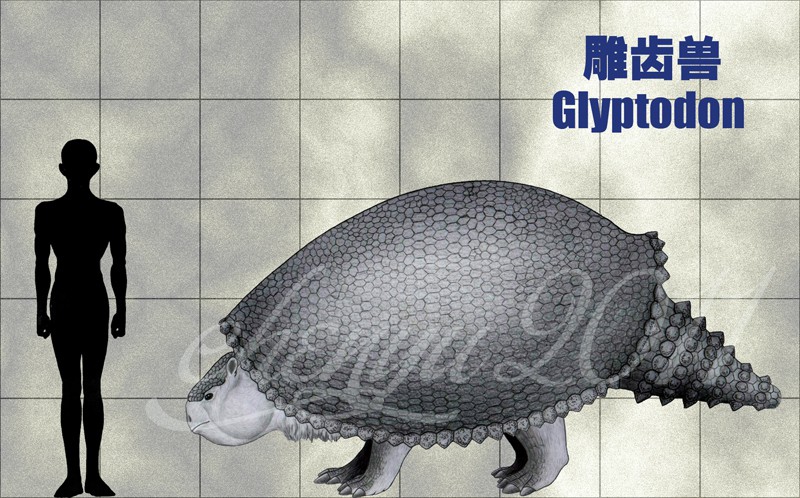 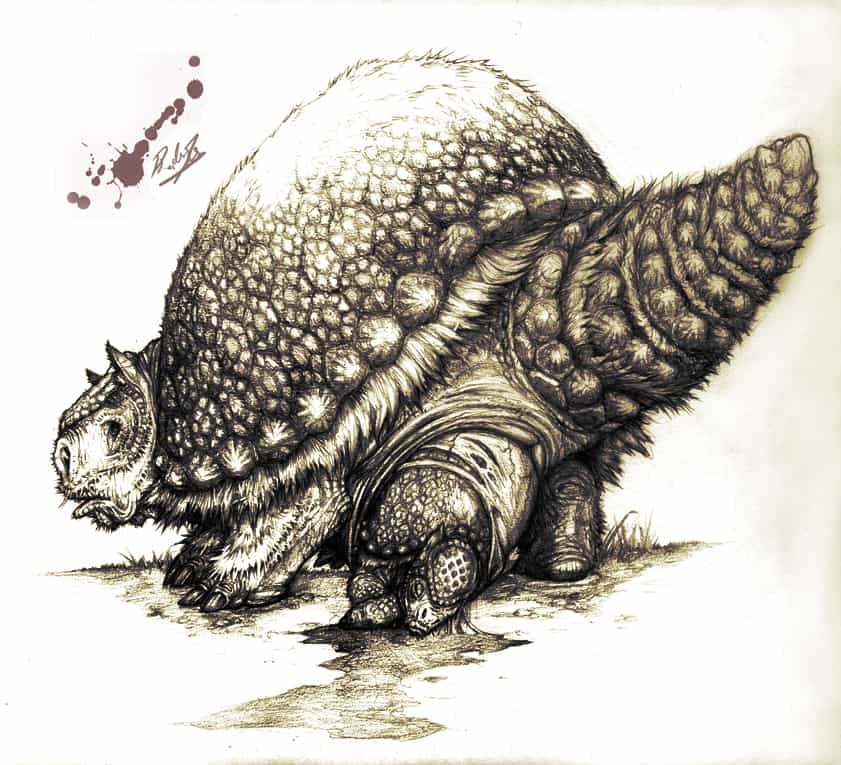 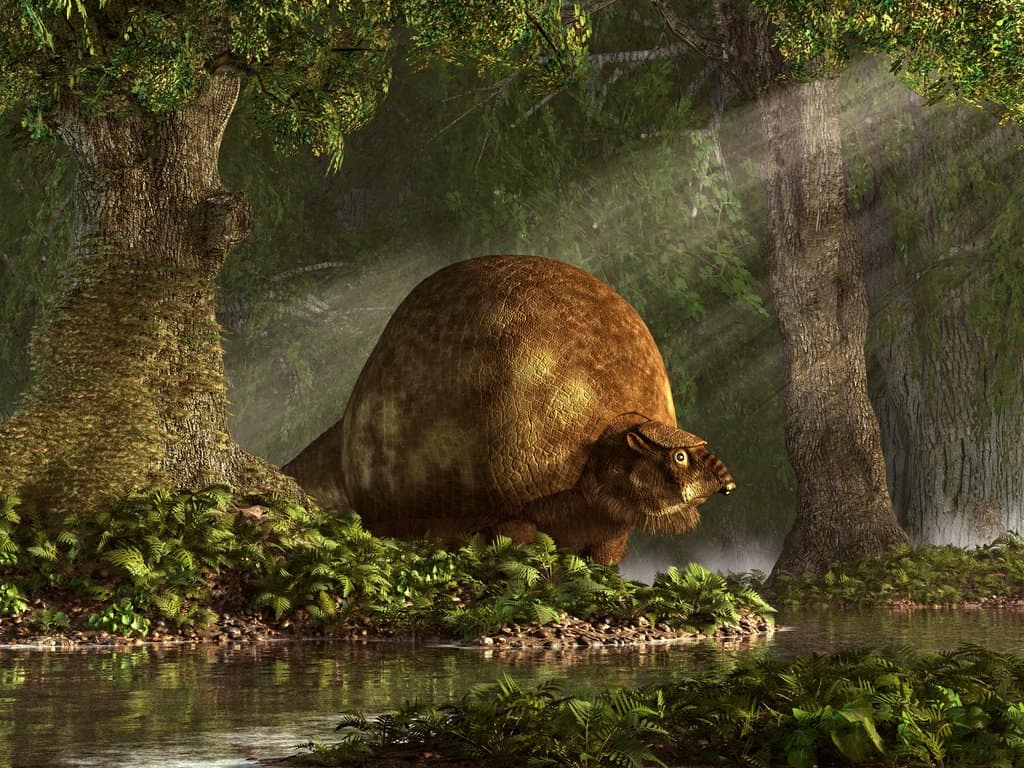 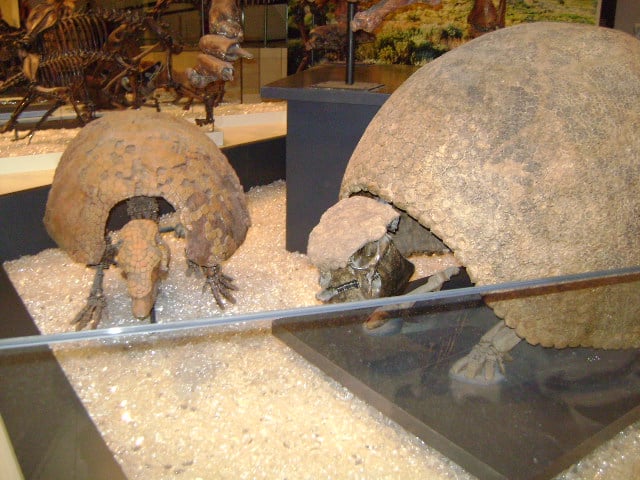 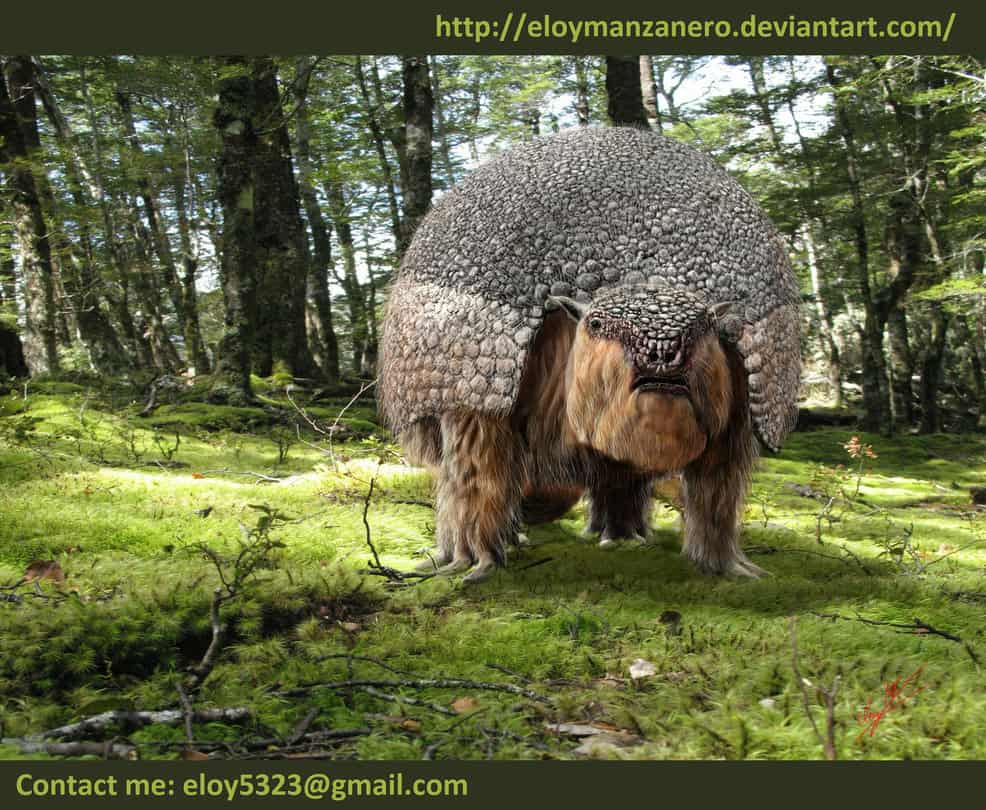 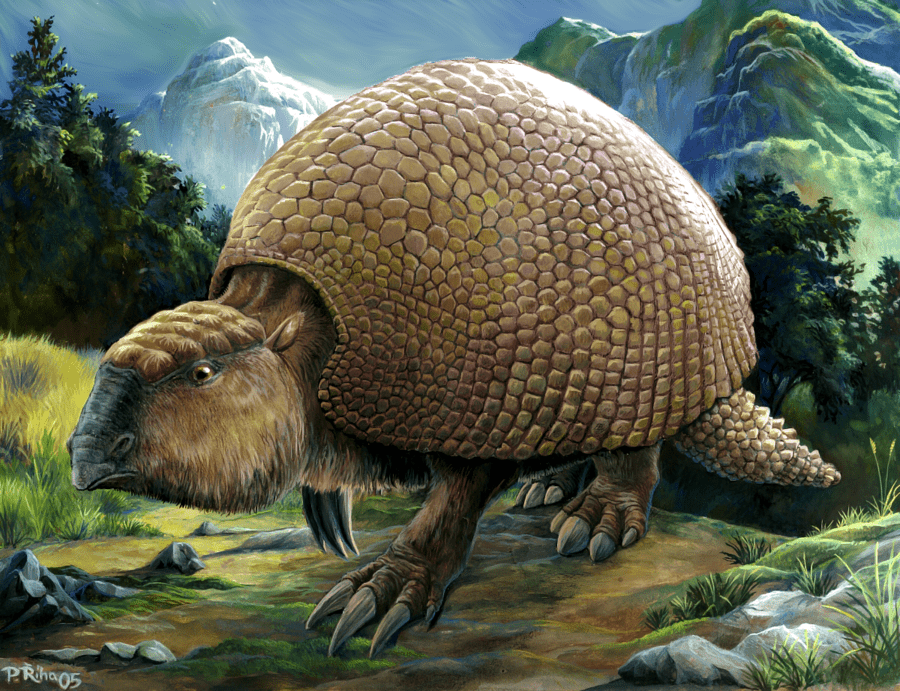 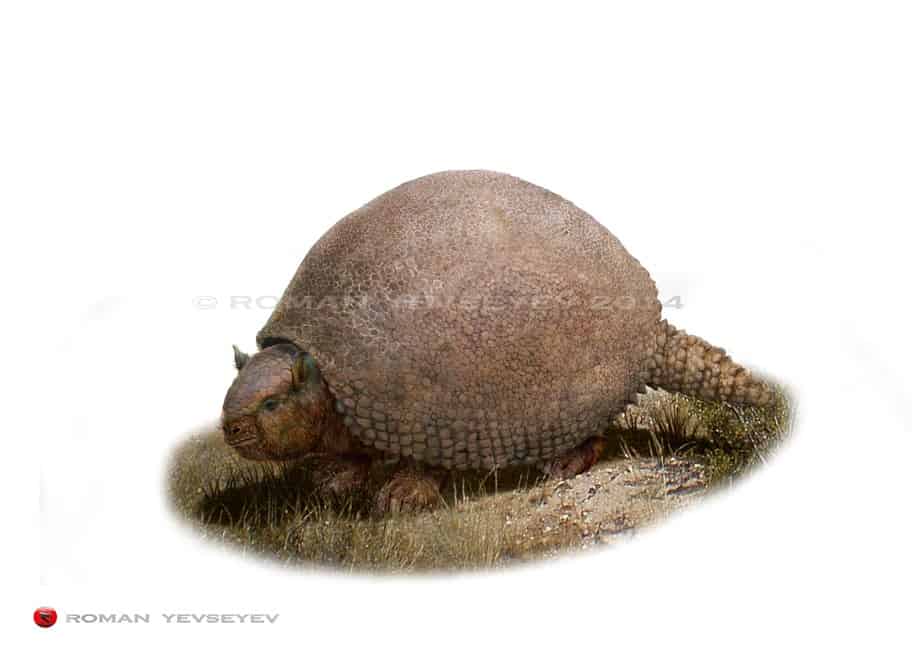 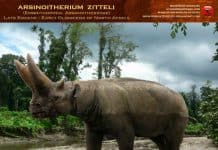