Therizinosaurus is a dinosaur which lived during the late Cretaceous Period—about 77 million years ago. It was a dinosaur that was about 33 feet long, 10 feet tall at the hips and weighed around 3 tons. These animals are believed to have had really small heads that sat atop very long necks and is known for having fearsome claws on its front legs. Its two foot long claws are some of the biggest claws ever found on any animal.

Therizinosaurus was first discovered in 1948 by a Soviet- Mongolian fossil expedition in Southwest Mongolia. This expedition found several claws which they presumed to have belonged to a turtle-like reptile. This would remain the popular belief until 1970 when Anatoly Konstantinovich Rozhdestvensky came to the conclusion that this species was a dinosaur and not a turtle. 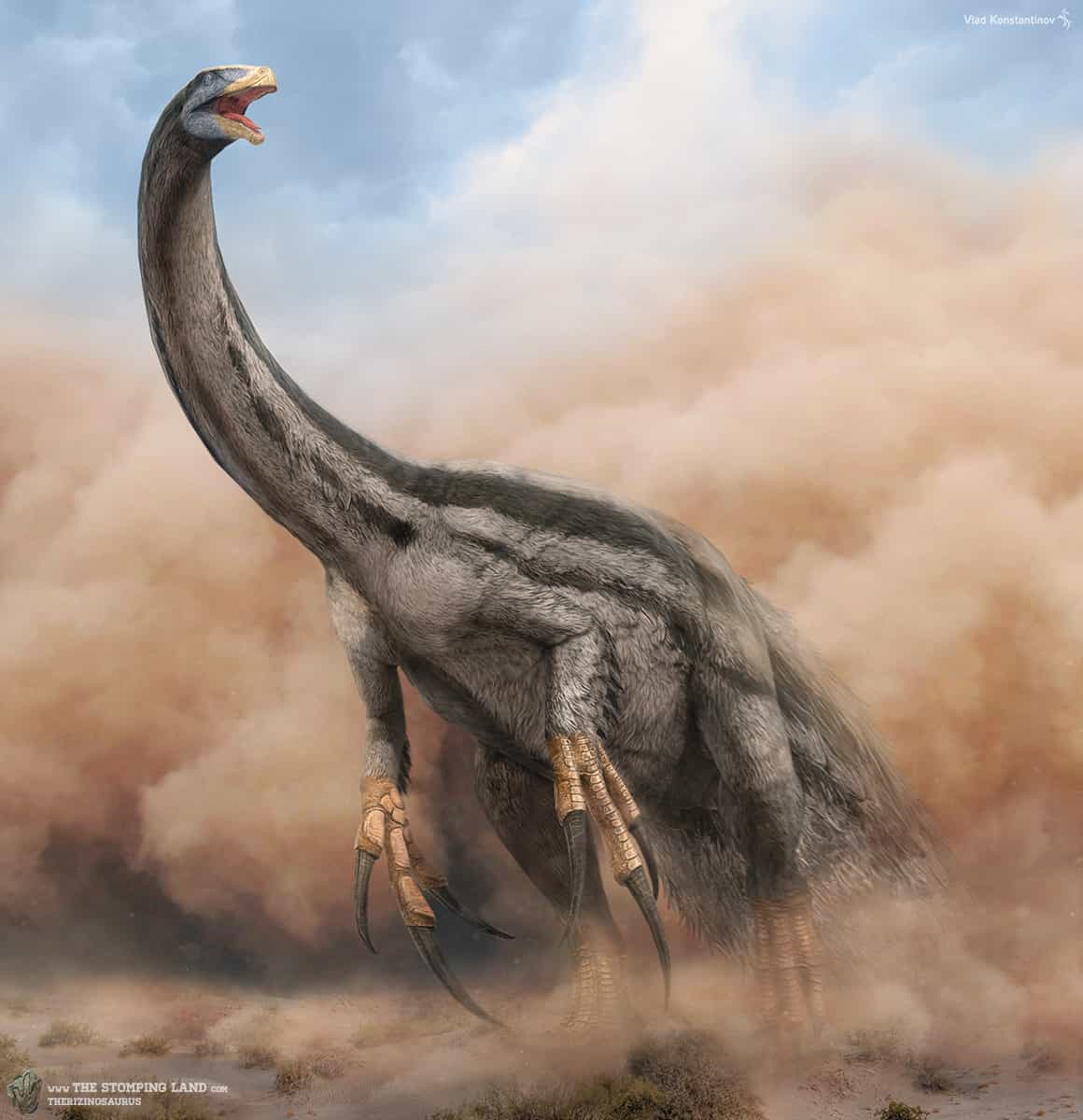 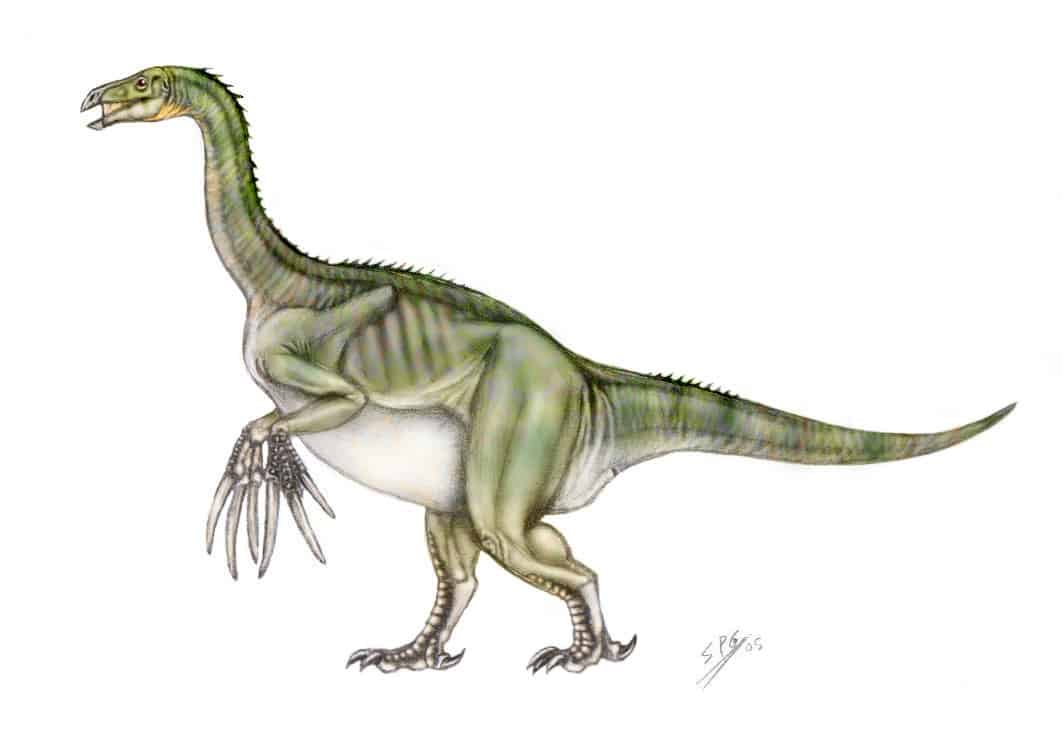 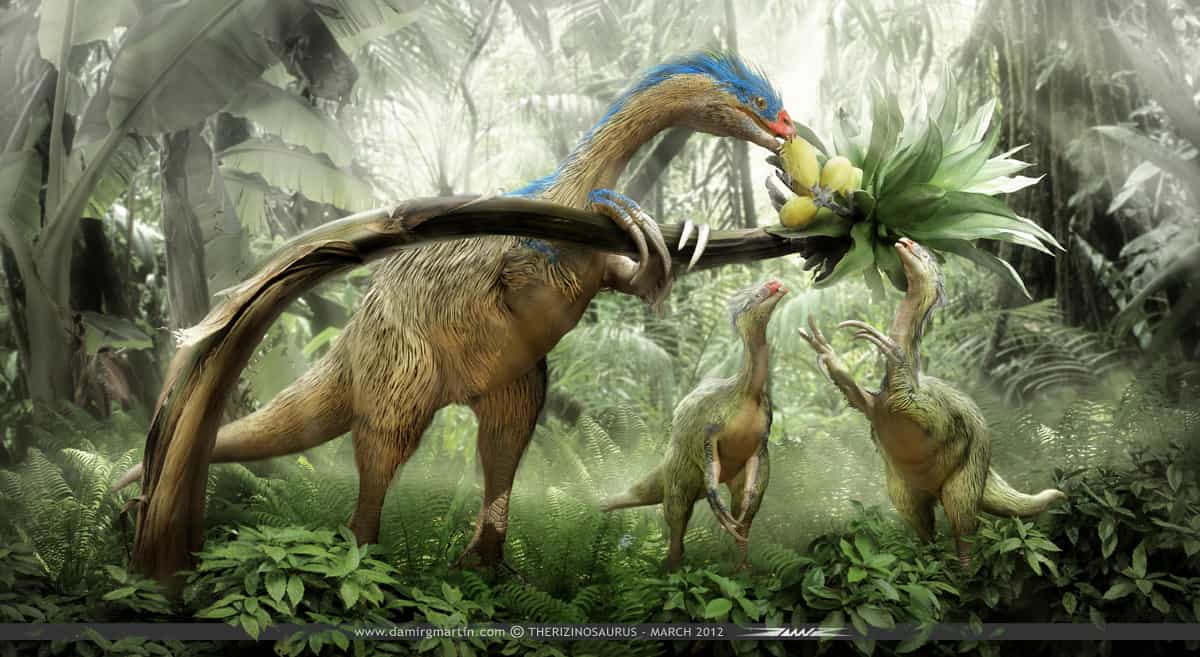 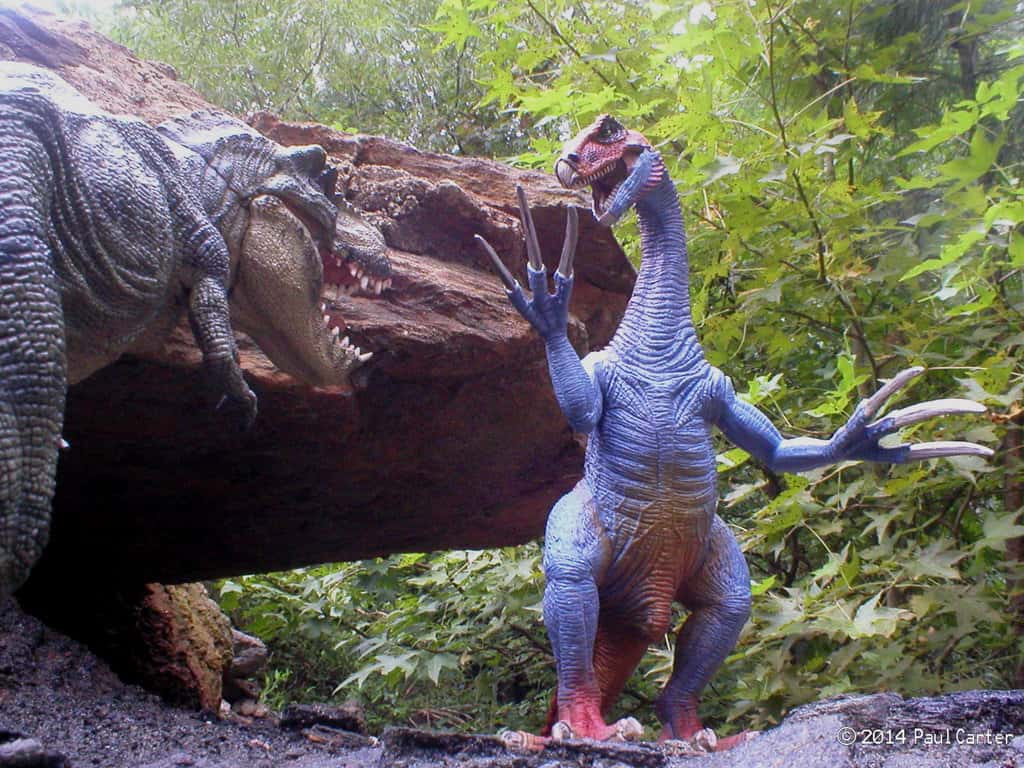 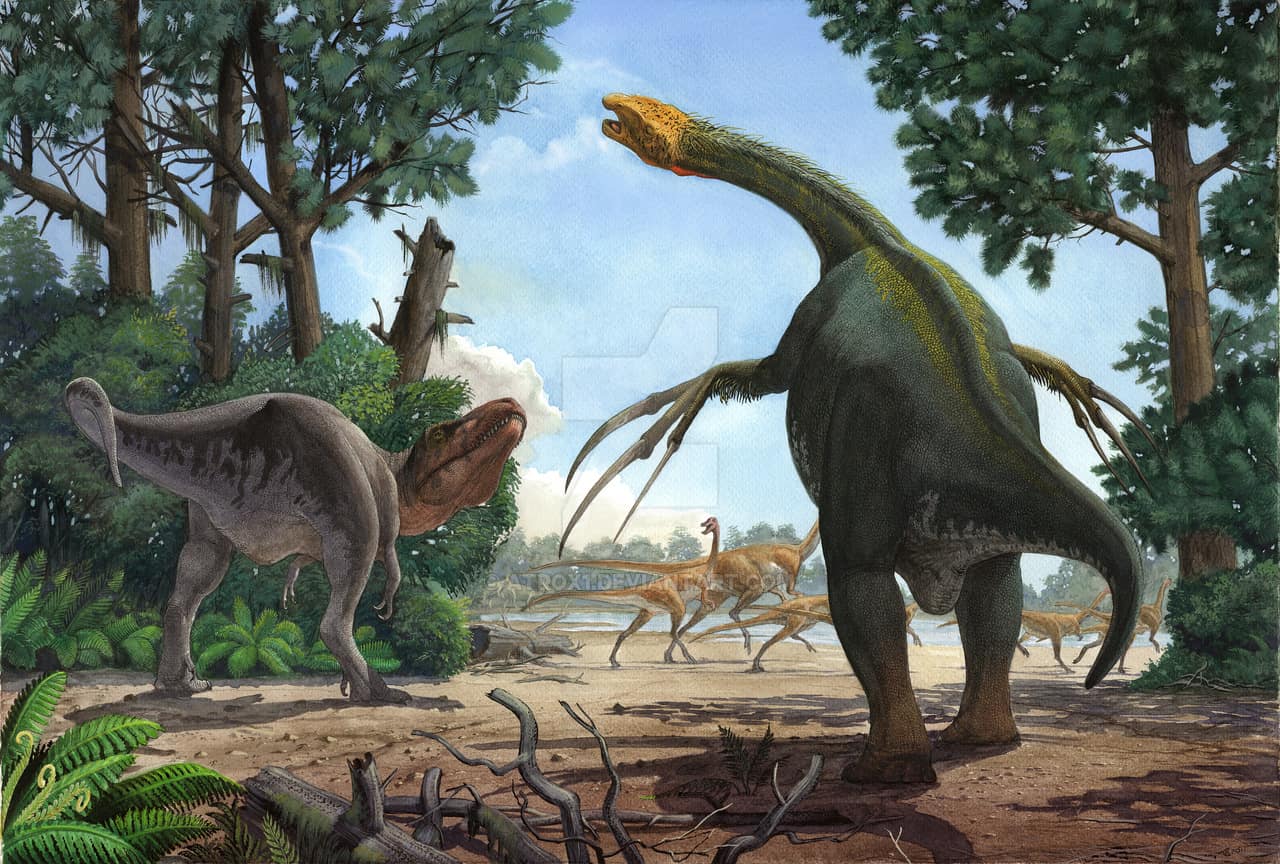