Albertosaurus is a dinosaur which walked the Earth approximately 76 million years ago during the Mesozoic Period. It is a typical tyrannosaurus therapod dinosaur and has many features that qualify it as this type of dinosaur. Some of the features include carnivorous behavior, bipedal movement on back legs, tiny front arms, hollow bones like a bird and the ability to move very swiftly and with dangerous precision.

This dinosaur was first discovered in what is now Alberta, Canada in 1884 by J.B. Tyrrell. These remains would be named in 1905 by Henry Fairfield Osborn. Since Alberta had just became a Canadian province on September 1, 1905, it seems suitable that Mr. Osborn would name this dinosaur Albertosaurus; a name which literally means “lizard of Alberta.”

Although this dinosaur had many features of it genus—a tyrannosaurus theropod—it also had some key differences that made it quite different from the typical Tyrannosaurus. For instance, its skull was quite a bit thinner than the typical tyrannosaurus and its teeth weren’t as well adapted for crushing bone as a tyrannosaurus. Some scientists believe that Albertosaurus had a bite like the Kimono Dragon. A bite that would pass on a septic infection to whatever it bit. This dinosaur was approximately 30 feet long, 11 feet tall at the hips and weighed as much as 3 tons. It also had 15 razor sharp top teeth and 20 bottom teeth. 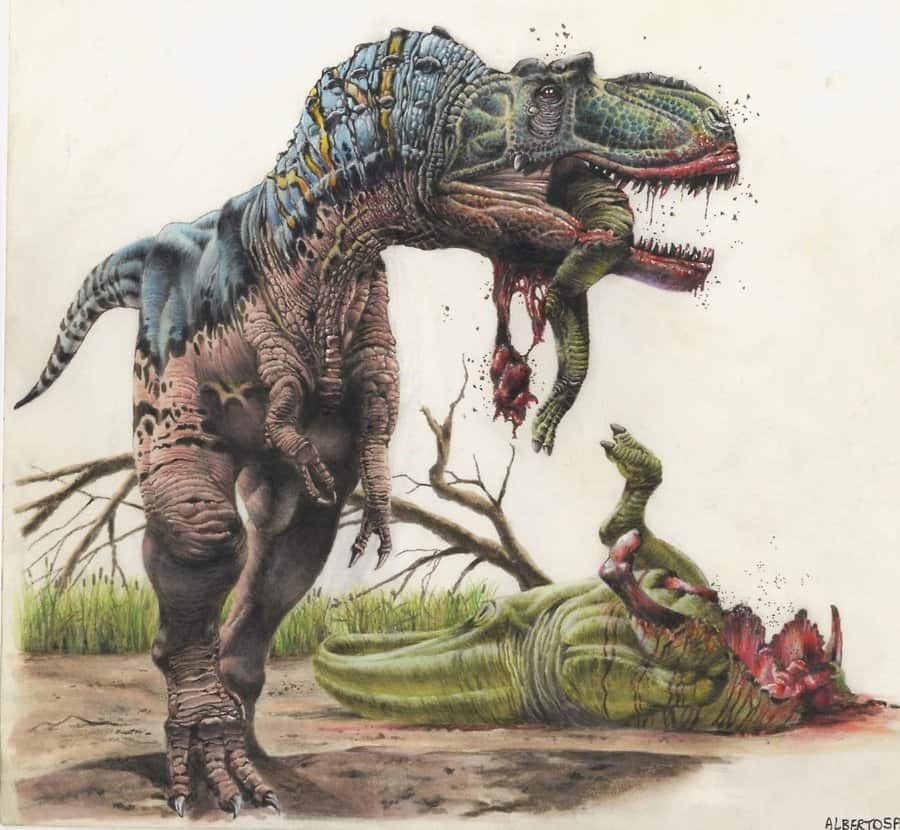 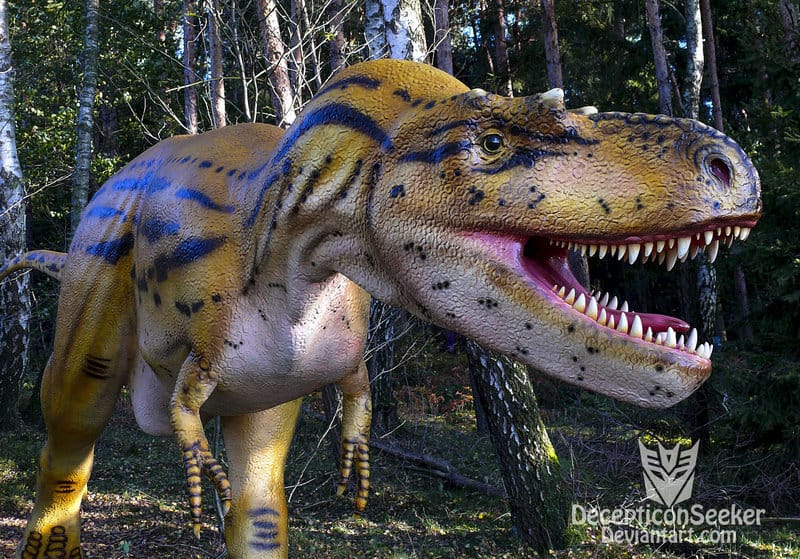 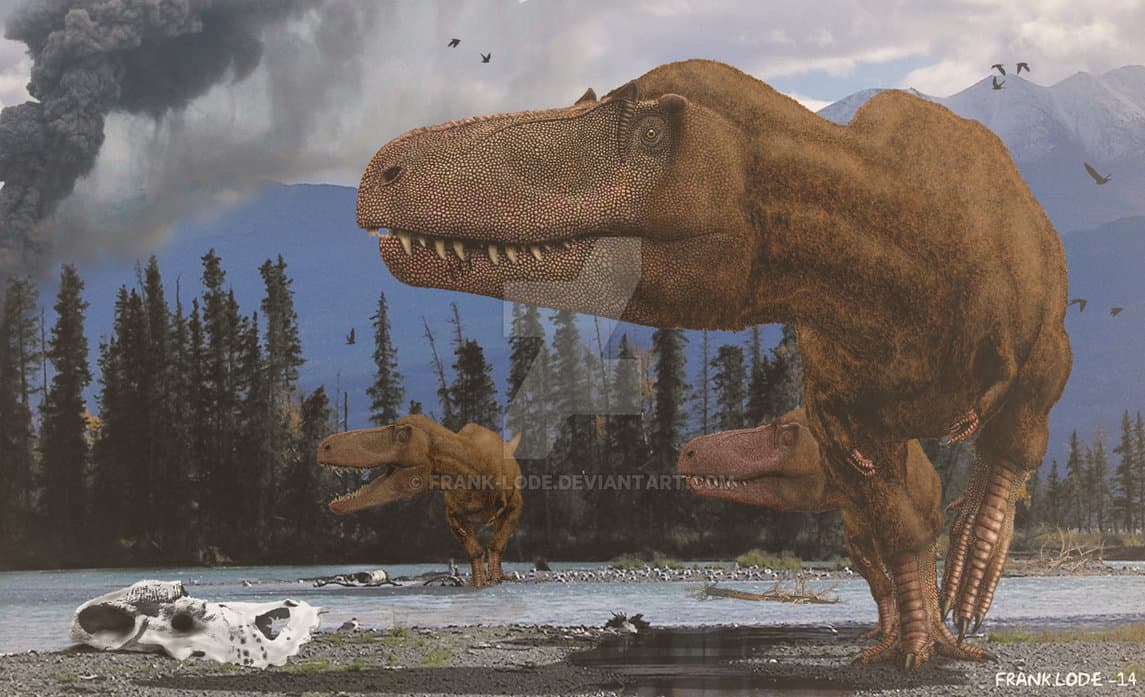 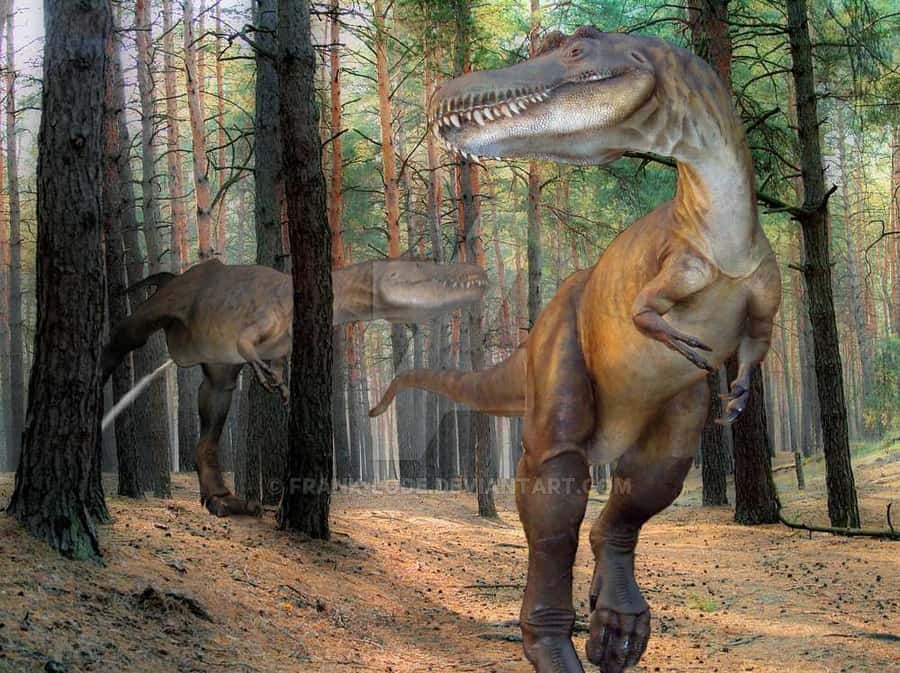 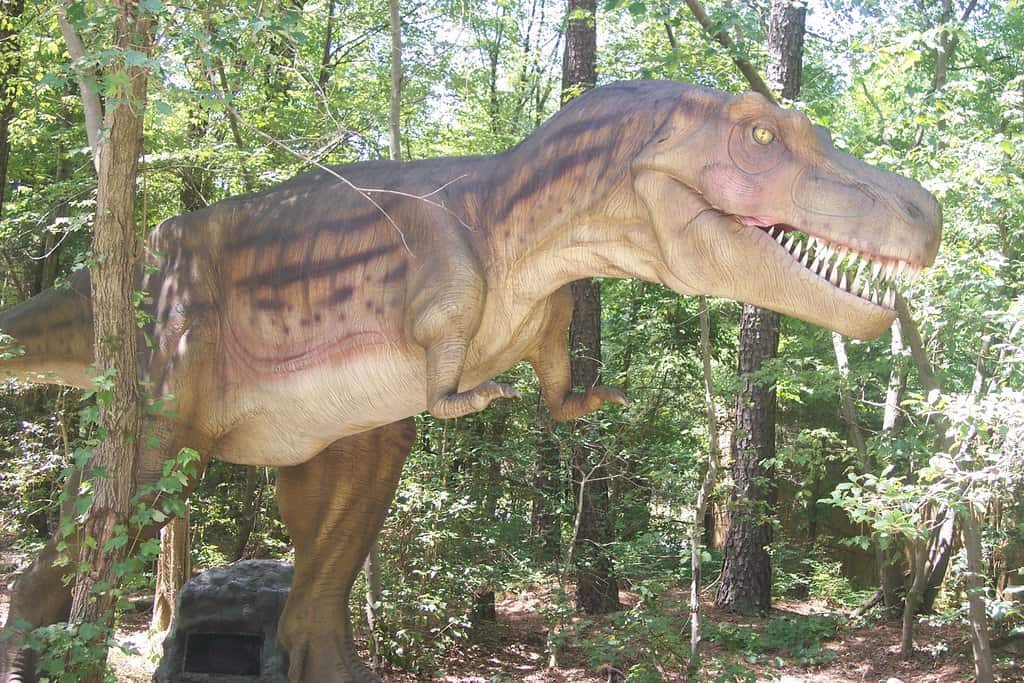