Macrauchenia was an ungulate mammal which lived approximately 7 million to 20,000 years ago – during the Miocene Period through the Modern Period. It was first discovered in Port St Julian in Patagonia in the spring of 1834. It was given the name Macrauchenia in 1838 by Richard Owen. The name means “long neck.” It is an animal that roamed the plains of South America.

You’d be forgiven for mistaking this animal as some kind of cross between a camel, a horse and an elephant. Especially if you judged it by just looking Macrauchenia pictures. However, that isn’t what this animal is. No, these animals were actually distant cousins to the horse.

Macrauchenia was approximately 10 feet long and weighed around 1,000 pounds. It had a quadrupedal stance – which meant that it walked on all four legs. It had a long, giraffe-like neck that was most likely used to reach foliage from high tree branches. It may have also possessed an elephant trunk – although scientists aren’t really sure if it had one or if it didn’t. Since soft tissue doesn’t preserve well in the fossil record, scientists can’t really say for sure.

One of the most interesting facts about Macrauchenia is that it was once misidentified by Charles Darwin. He saw the fossils as he was passing through the port in Patagonia. He misidentified it as a Mastodon. A mistake that was corrected a few years later when Richard Owen described and named this animal.

It is unclear why this animal became extinct. Some paleontologists have asserted that Macrauchenia may have been hunted to extinction by early human hunters. Other paleontologists suggest that the influx of large carnivores into the area – particularly, large cats – led to its demise. A third theory is that other herbivorous animals out-competed these animals. Herbivores such as horses and camels could have disrupted Macrauchenia’s food supply. 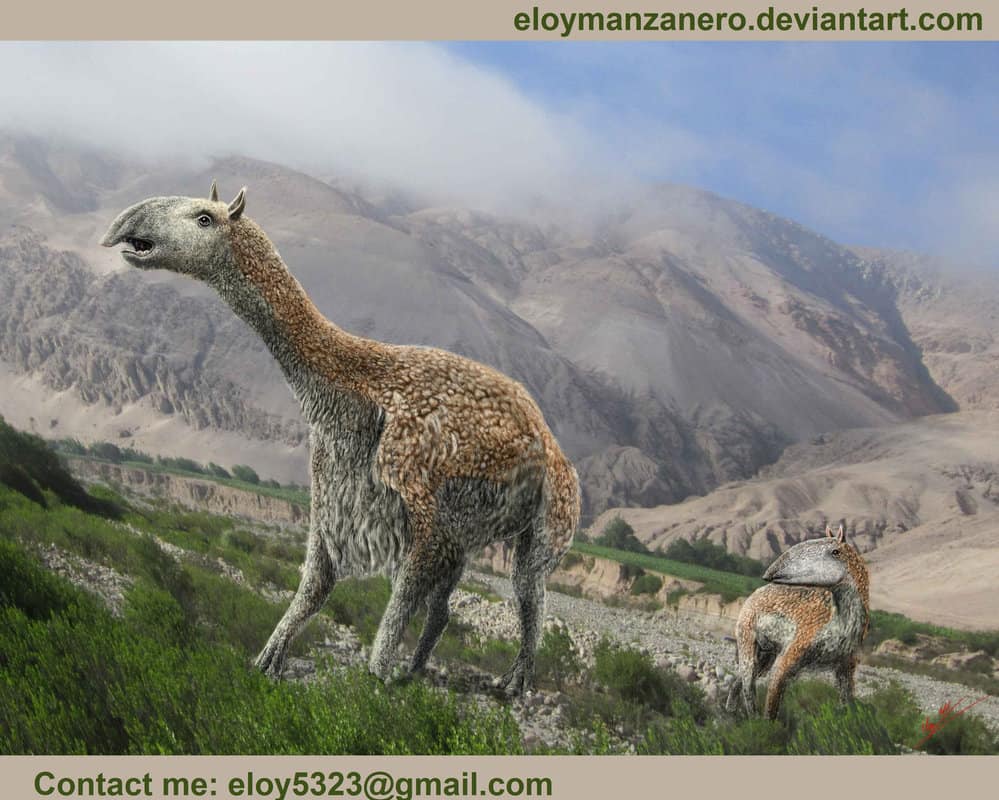 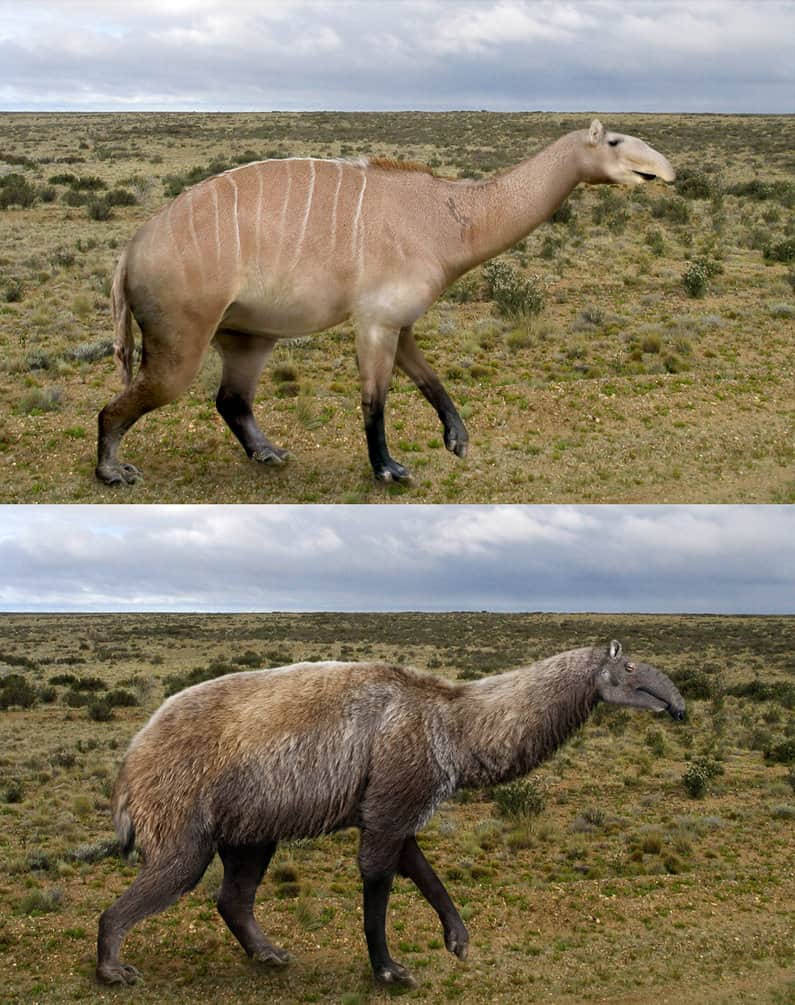 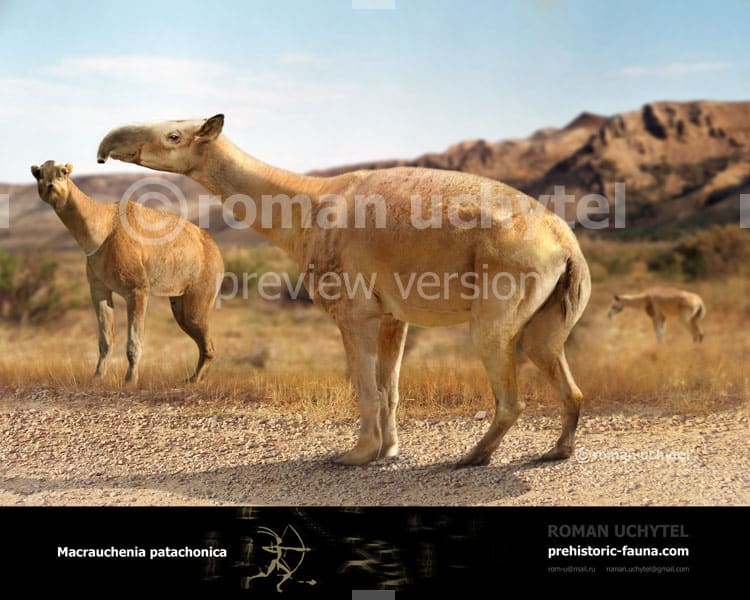 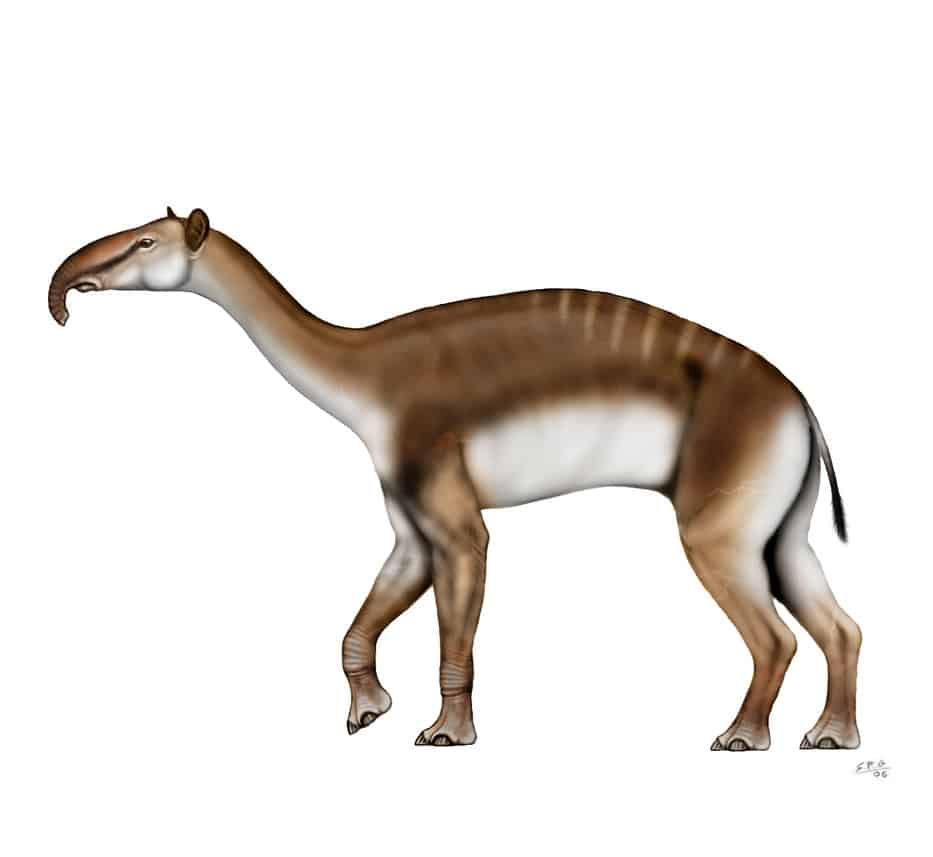 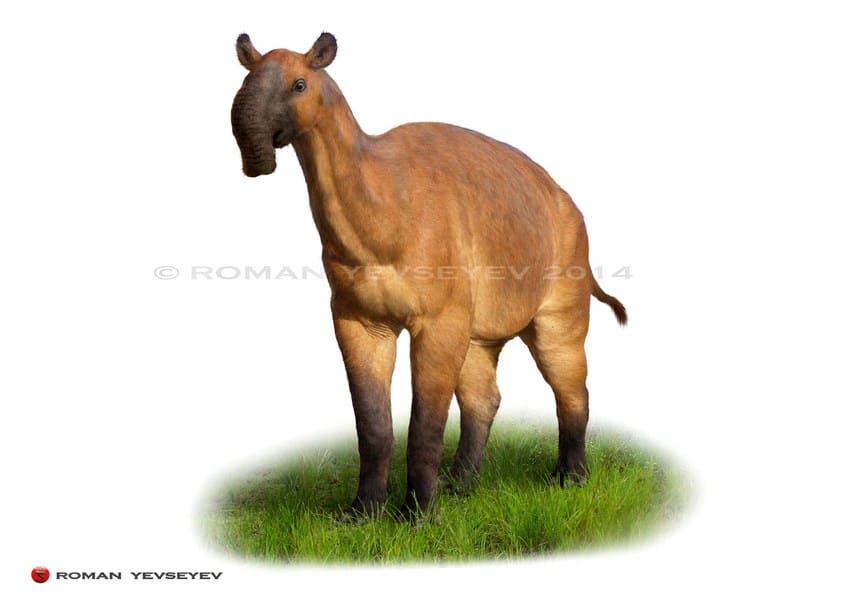 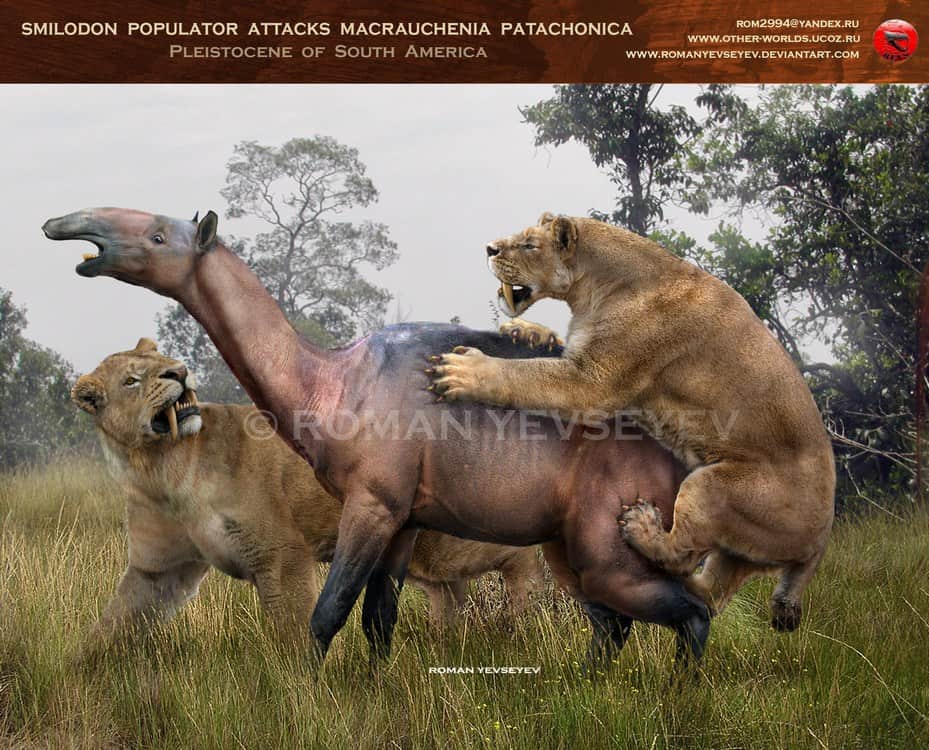 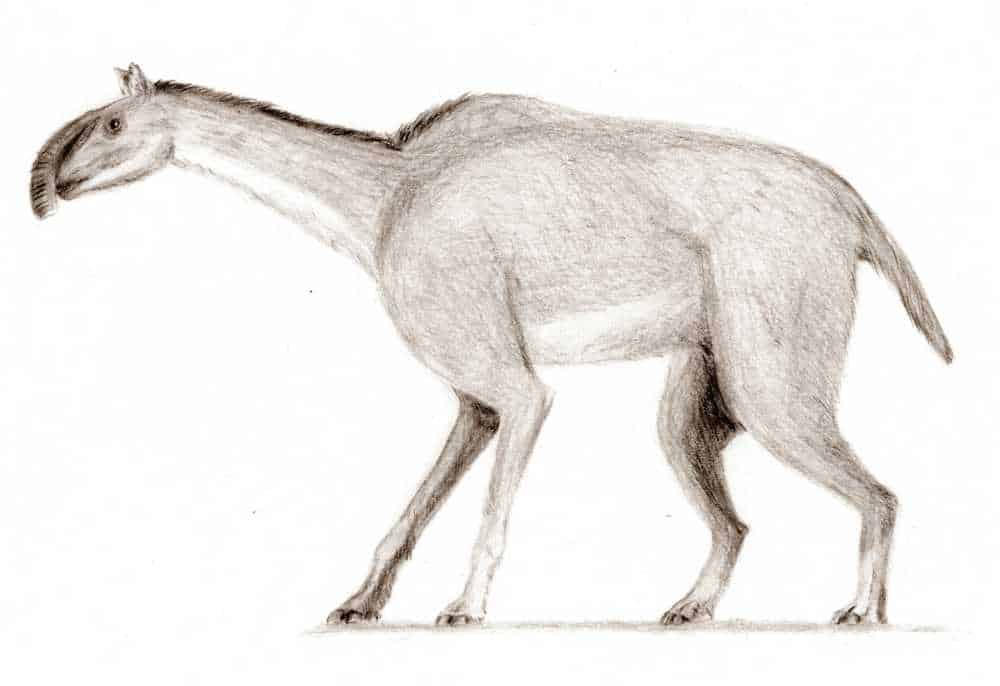 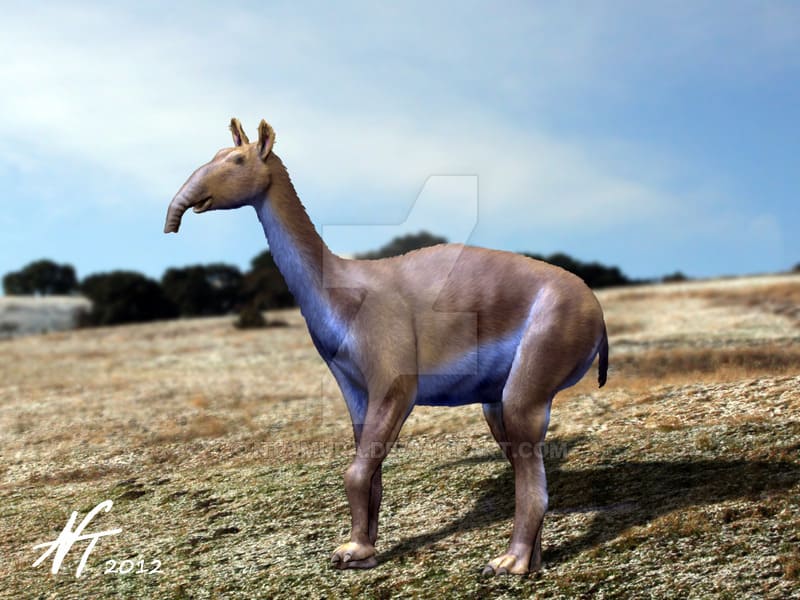 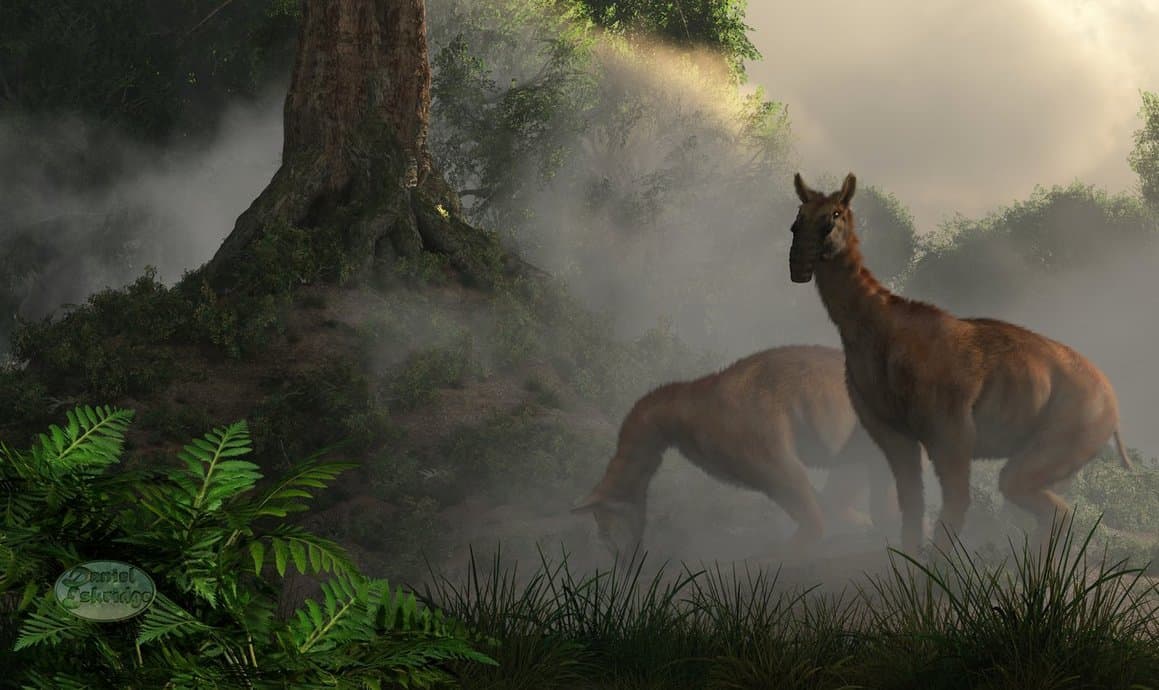 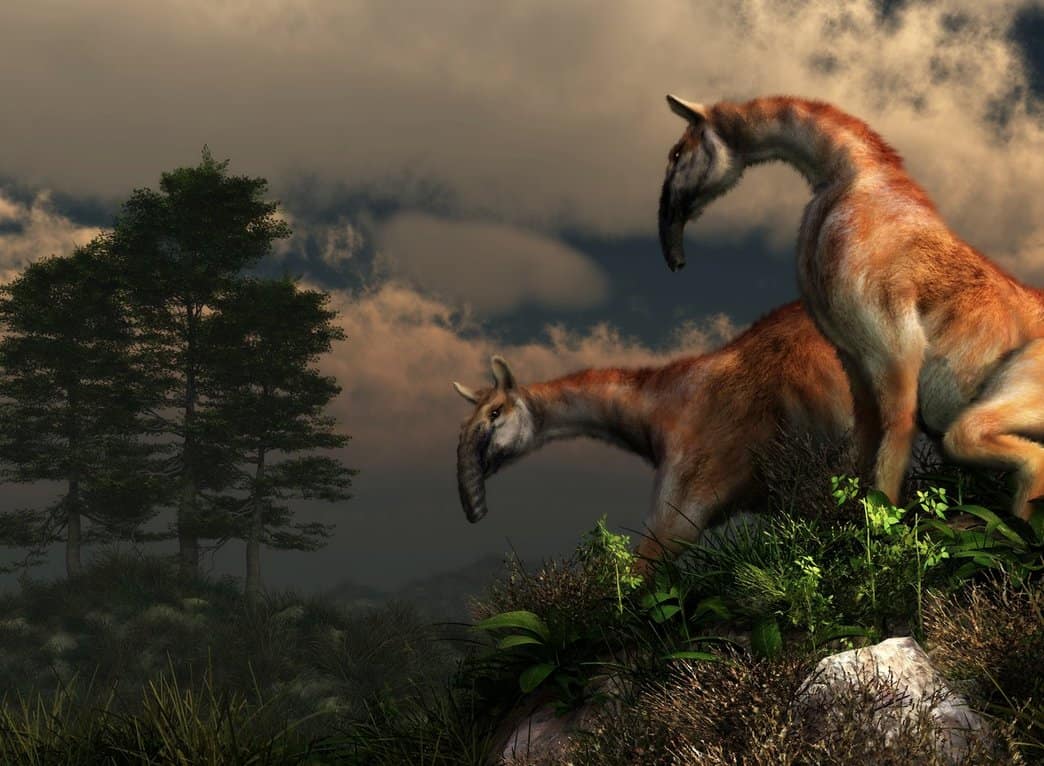