Abelisaurus is a dinosaur which lived approximately 85 million years ago during the late Cretaceous Period. It was first discovered by Roberto Abel in Argentina and was later named in 1985 by Argentine paleontologists Fernando Novas and Jose Bonaparte. The name of this dinosaur means “Abel’s Lizard”, a tribute to Roberto Abel.

Abelisaurus was a carnivorous dinosaur which was approximately 30 feet long, 7 feet tall at the hips and weighed in the neighborhood of 1.5 tons. It is considered to be a primitive therapod that has a really large head that has tiny, razor sharp teeth in it. This made this dinosaur look like a smaller version of the T- Rex. A strange fact about this dinosaur’s skull is the many holes that existed inside of it. Some paleontologists have concluded that these holes in the skull lightened the weight of it. If they didn’t exist, then this dinosaur might have toppled over from the great weight of the skull!!!

Abelisaurus was a carnivores, so it probably hunted the herbivores of the late Cretaceous Period. Some of the dinosaurs which may have been on its food menu include the Protoceratops, Styracosaurus and Euoplocephalous. If it could get past some of these animals thick armor that is. 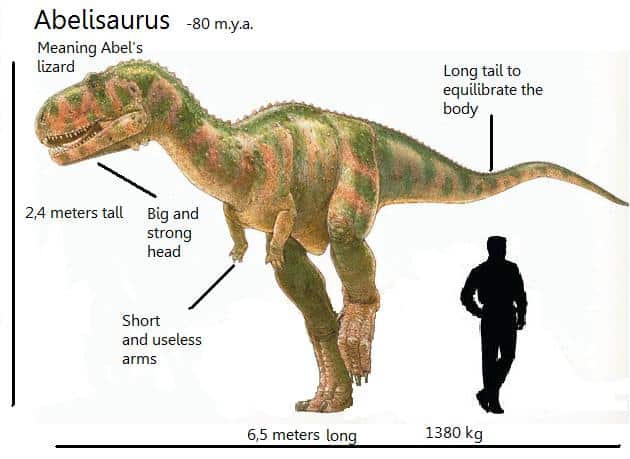 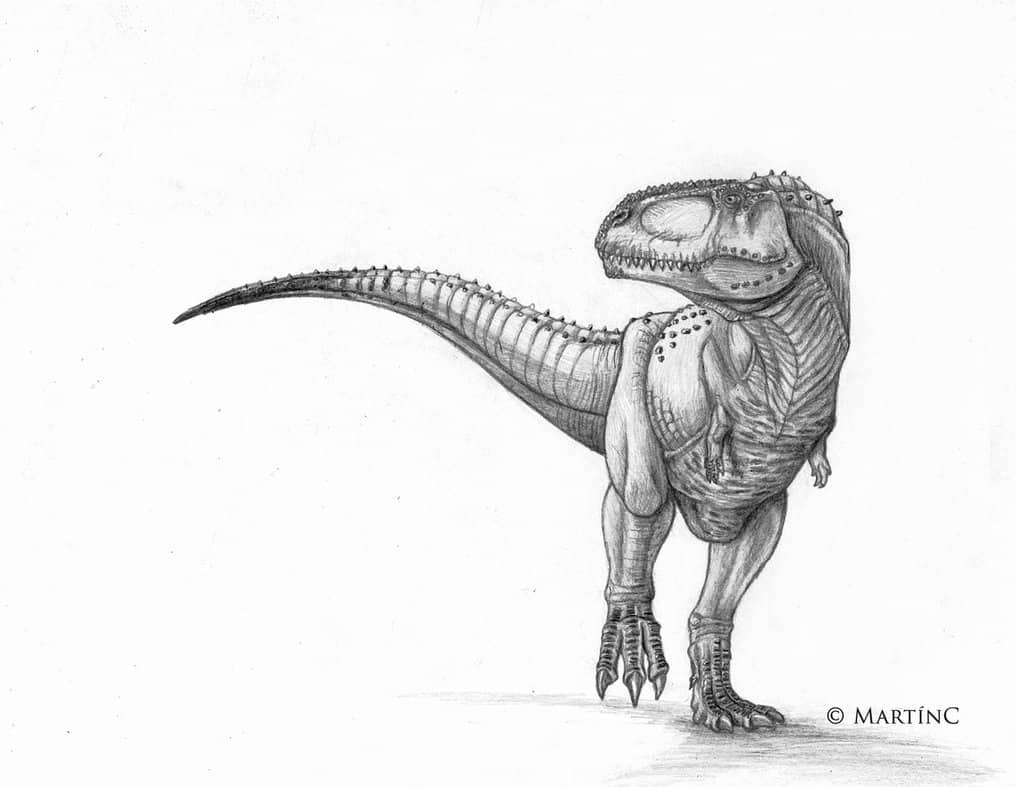 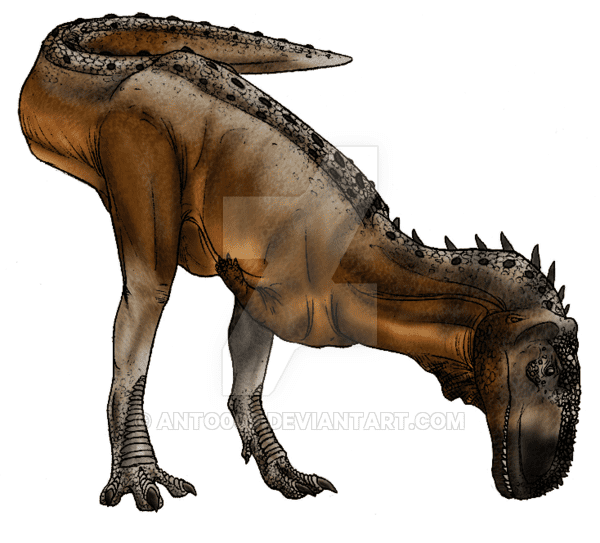 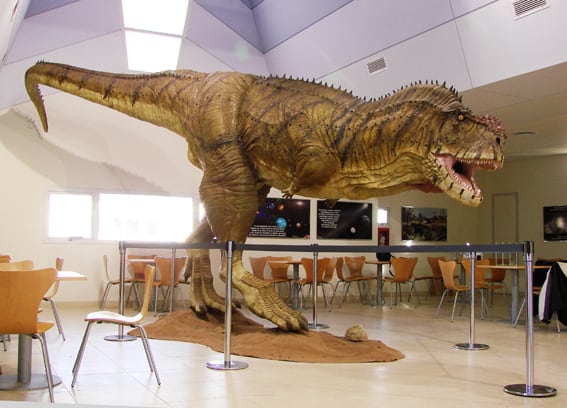