Stygimoloch was a dinosaur which lived around 65 million years ago during the late Cretaceous Period. It was first discovered in the Hell Creek Formation in Montana by Peter Galton and Hans- Dieter Sues. It was named Stygimoloch—a name which means “demon from the river Styx”. It was given this name because its skull looked very much like a demon from Christian art.

Stygimoloch was a small herbivore that was approximately 10 feet long, 3 feet high and weighed around 170 pounds. It was bipedal—meaning that it walked on two legs—and had bony spikes on its skull, some of which were 4 inches long. It is believed that these horns were used by males as they competed for females.

An interesting fact about Stygimoloch is that some paleontologists now believe that what is called Stygimoloch was actually a juvenile version of a Pachycephalosaurus. At this point, it is just a theory and it hasn’t yet been confirmed whether or not this is the case.

This dinosaur probably lived off a diet of horsetails, gingkos, cycads, seed ferns and club mosses. It probably didn’t require a lot of food to keep these dinosaur alive. Probably only about 10-20 pounds of vegetation were needed a day for this dinosaur’s survival. 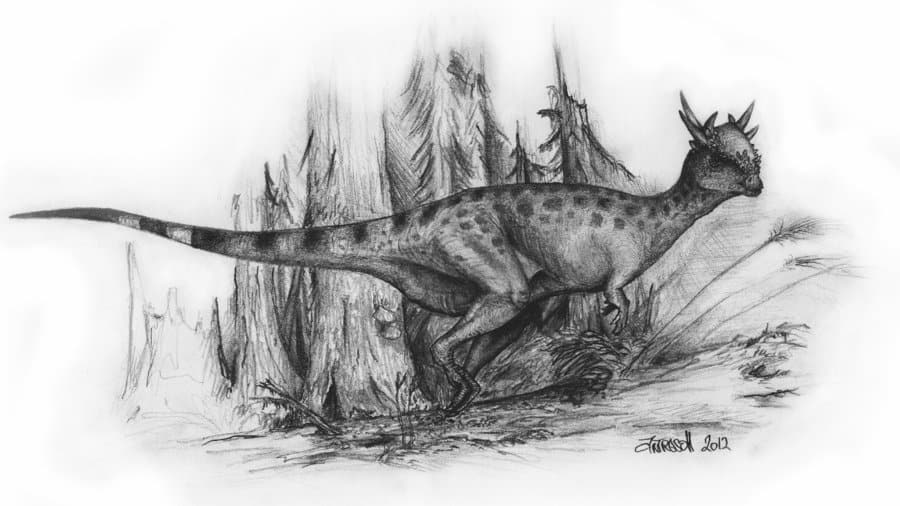 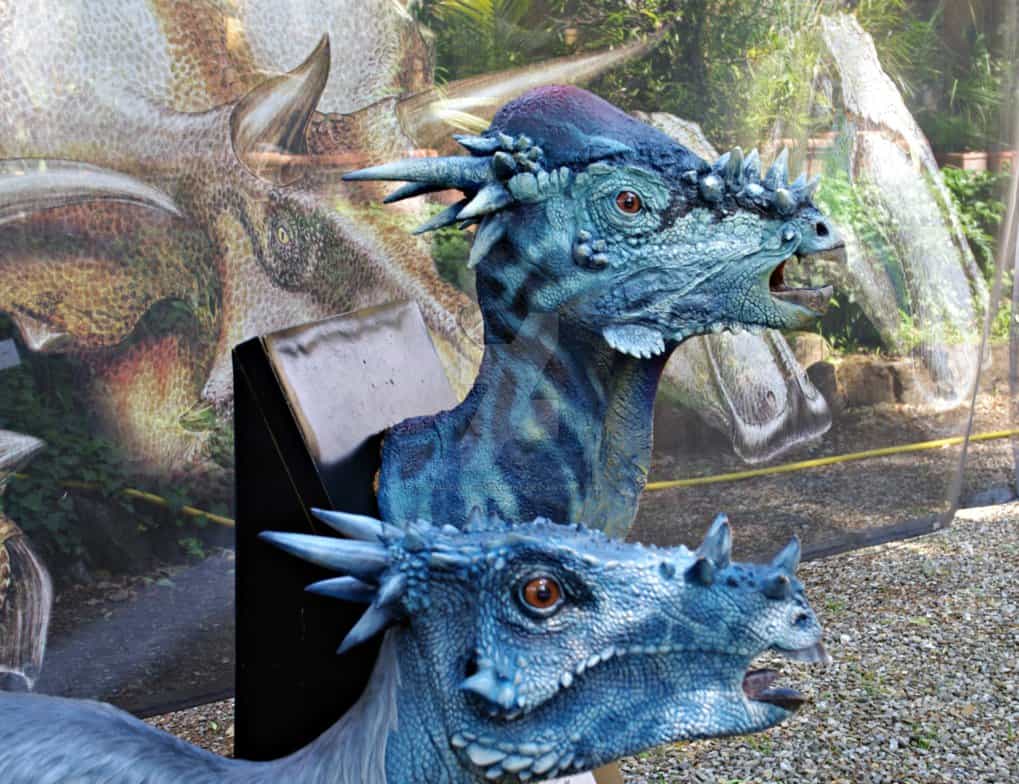 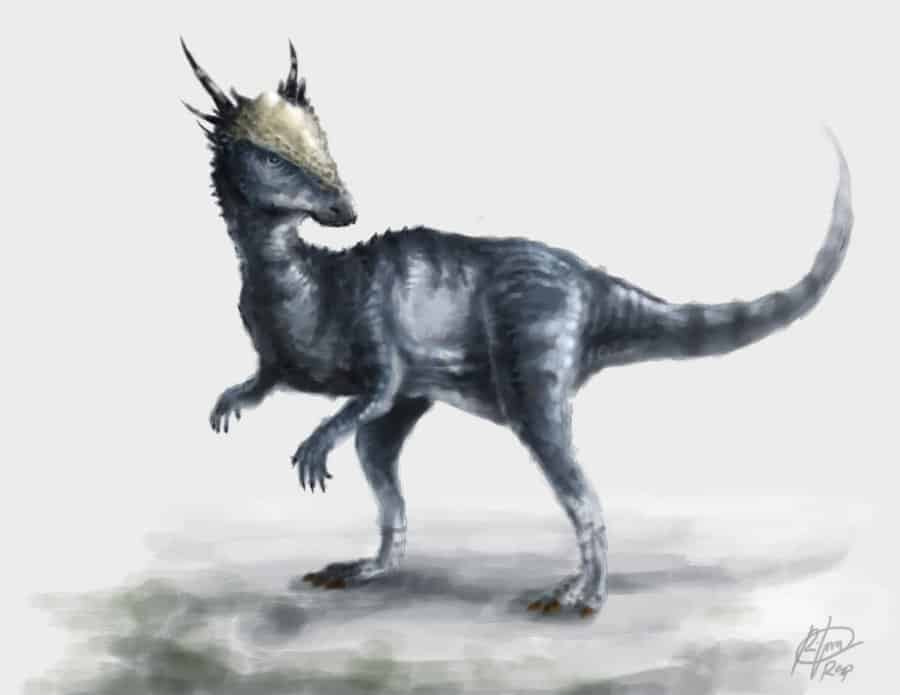 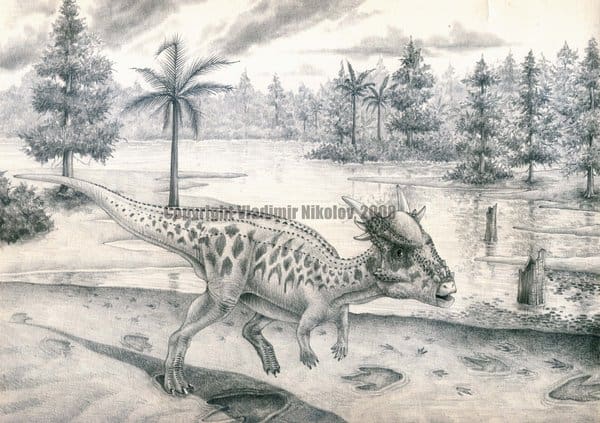 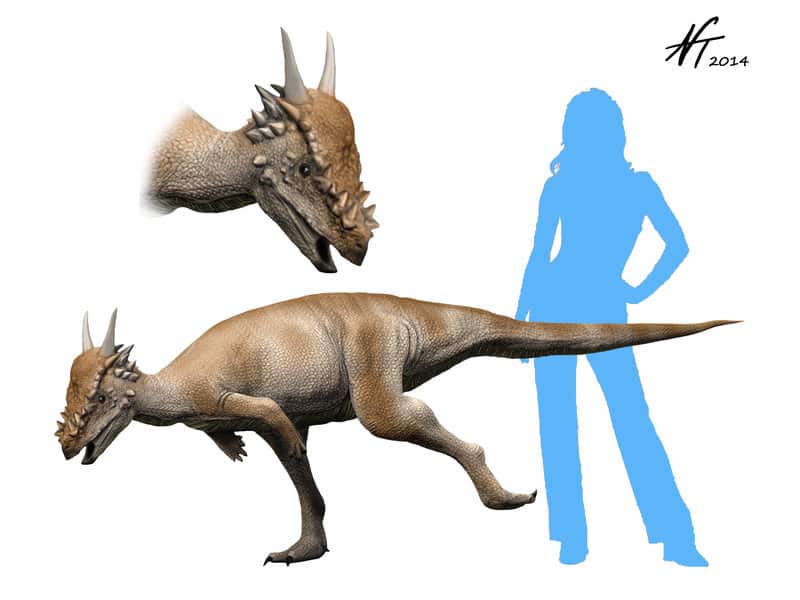 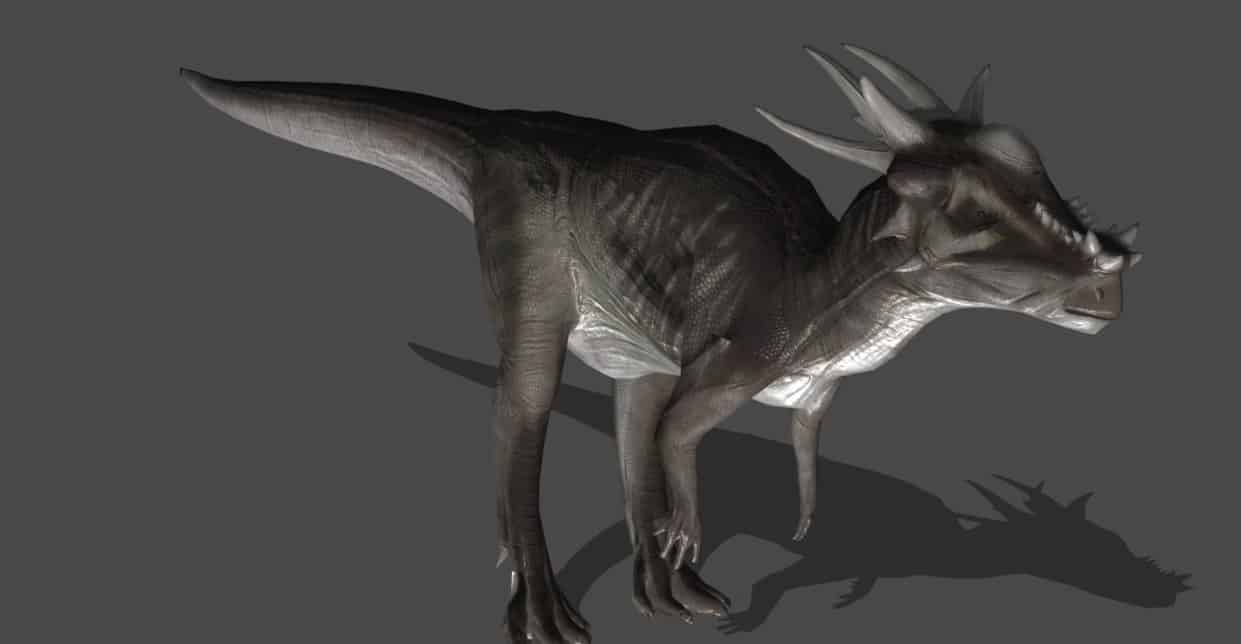 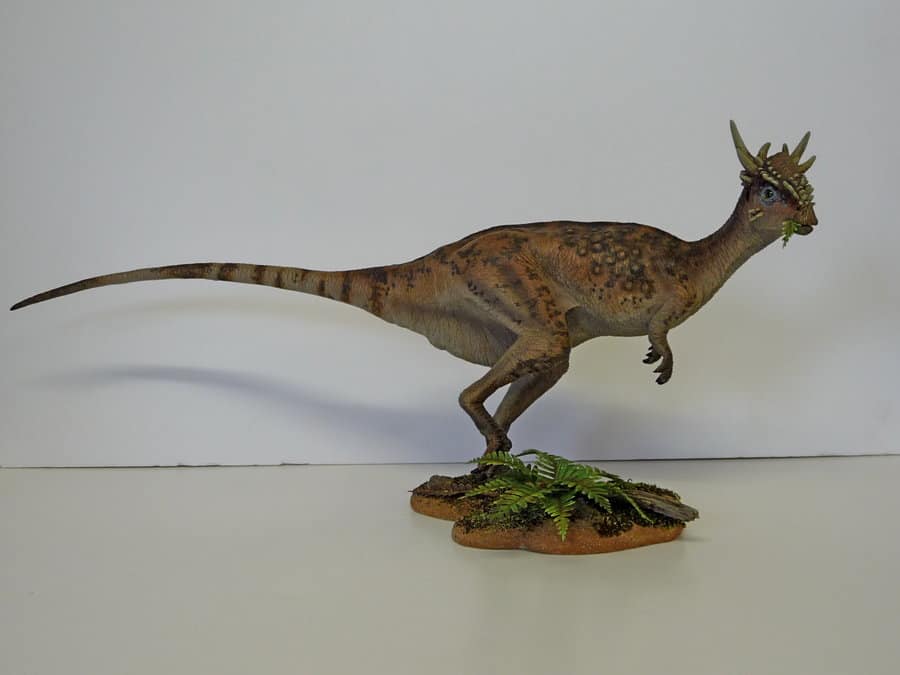