Sivatherium is an extinct girafid that live approximately 5 million to 10,000 years ago – during the Late Pliocene Period through the Modern Period. It was an animal that lived from Africa and down all the way to India. It was first discovered during the early 1830s and was described and named by Hugh Falconer and Proby Cautley. They gave it the name Sivatherium – a name which means “Shiva’s beast.”

Looking at some Sivatherium pictures, you might mistake this animal for some sort of over-sized moose. However, this animal isn’t related to the moose. It is actually related to a giraffe. Sure, it has moose like horns, but it also has the little bumped horns that giraffes have. These are called ossicones and they can be found underneath its massive horns.

The diet of Sivatherium most likely consisted of nothing but grass. And it probably would have needed quite a bit of it. For an animal that size, it would have probably have needed to consume 50 to 100 pounds of grass a day to live.

Some interesting facts about Sivatherium include the fact that it was approximately 13 feet long and weighed around 1 ton. That would’ve made it about the same length as a Volkswagen Beetle and weighing as more than the average cow.

Sivatherium went extinct – like most other animals at the beginning of the last Ice Age – because it was hunted into extinction by mankind. It would have been too valuable a source of protein and calories for hunters to pass up. Sure, evolving environmental conditions also may have played a role, but it would have been a minor one problem for these animal. Human hunters during the Ice Age were extremely efficient and pushed many different species into extinction. 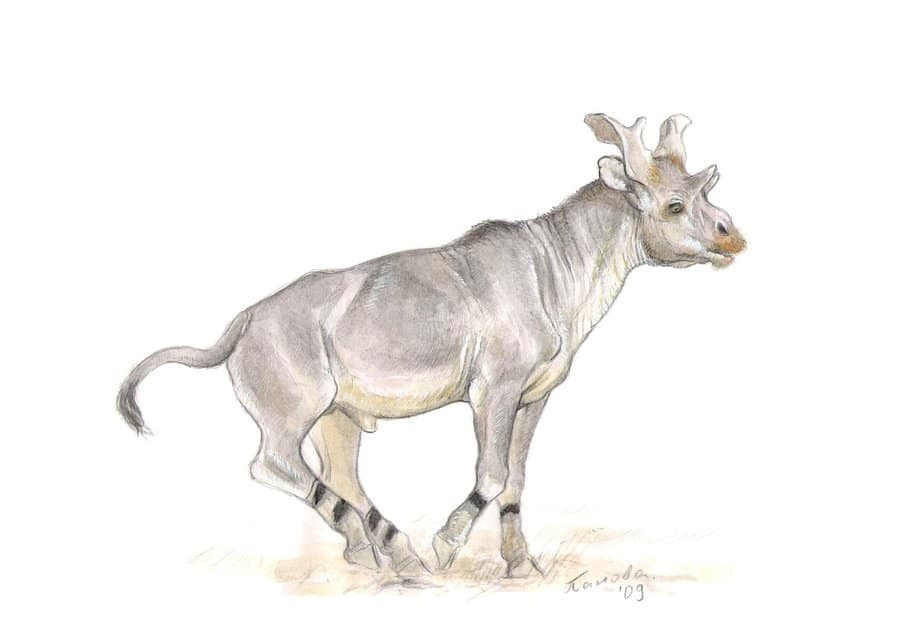 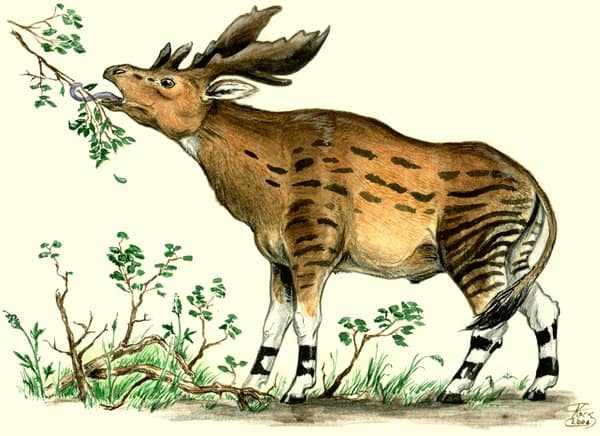 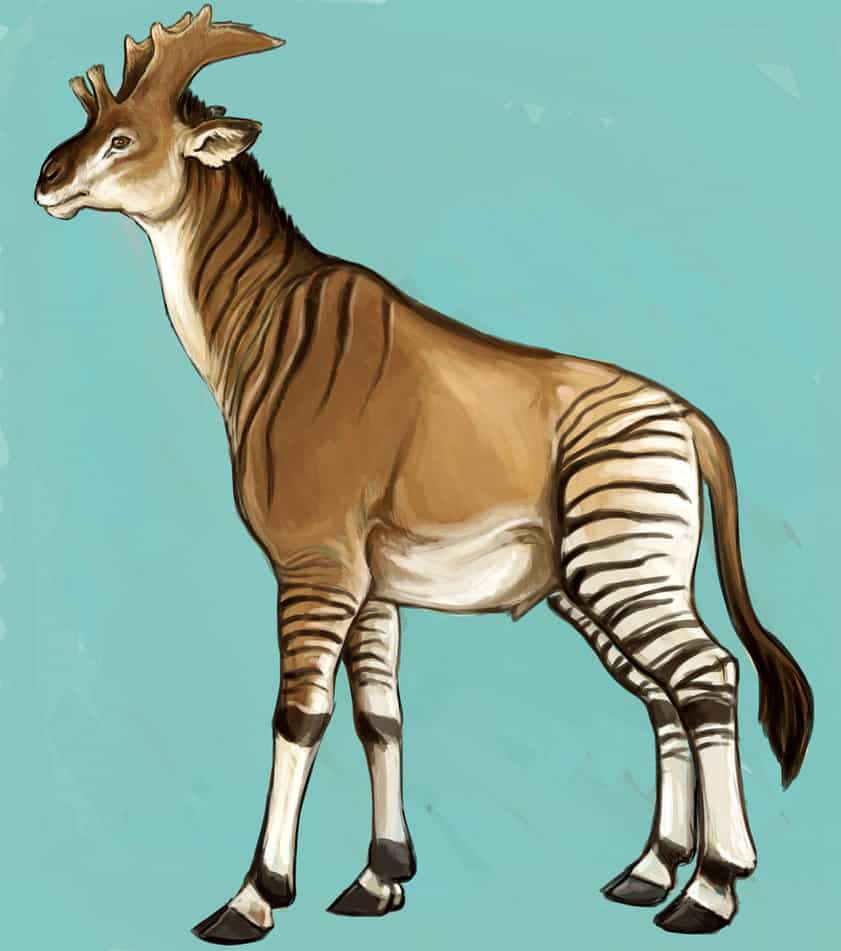 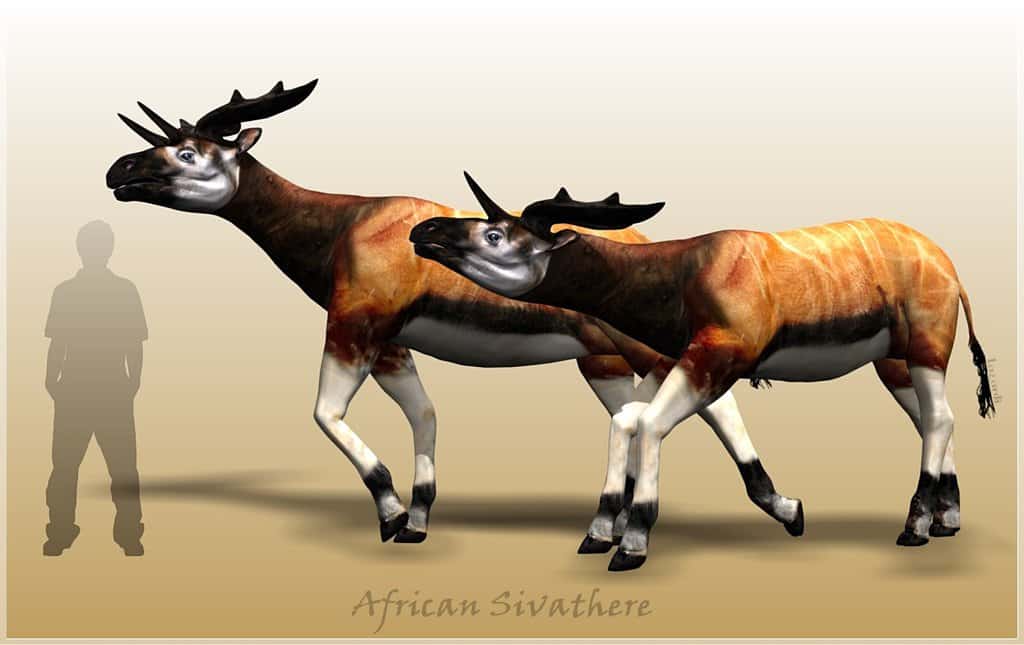 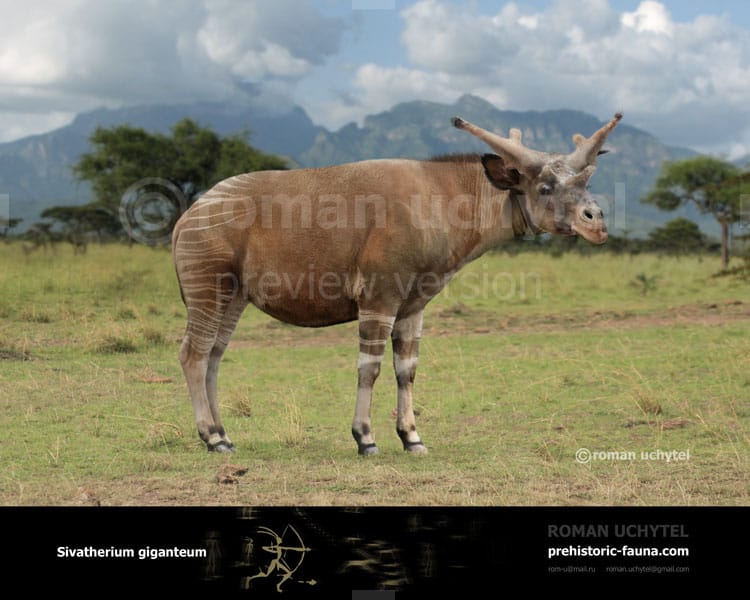 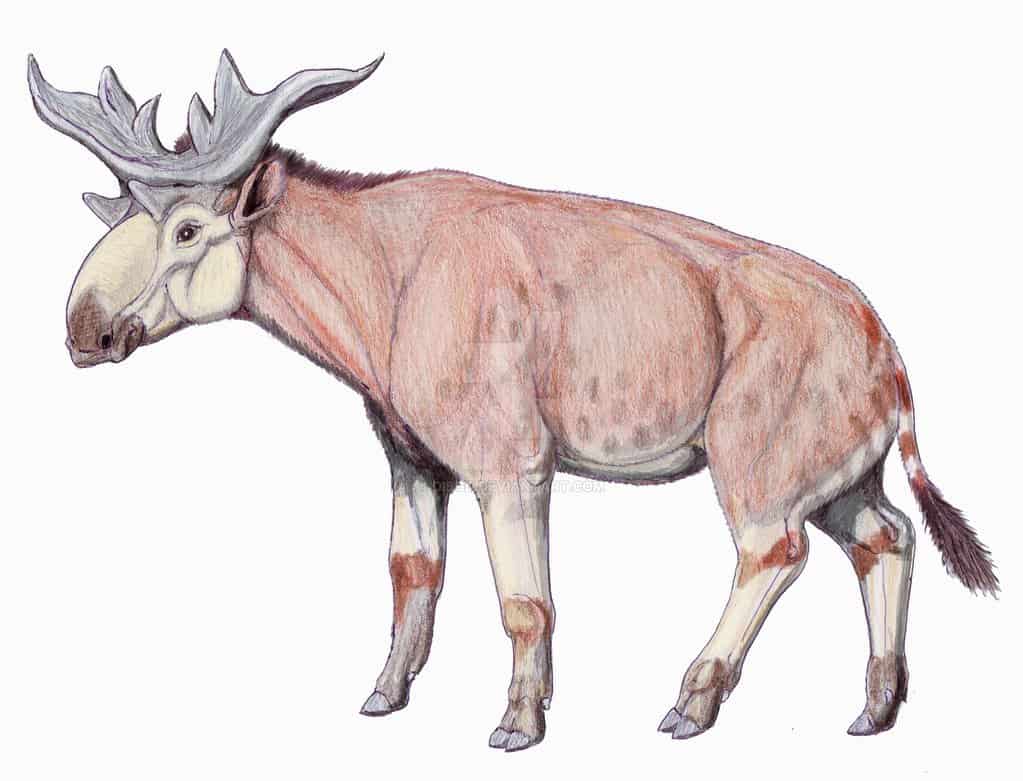 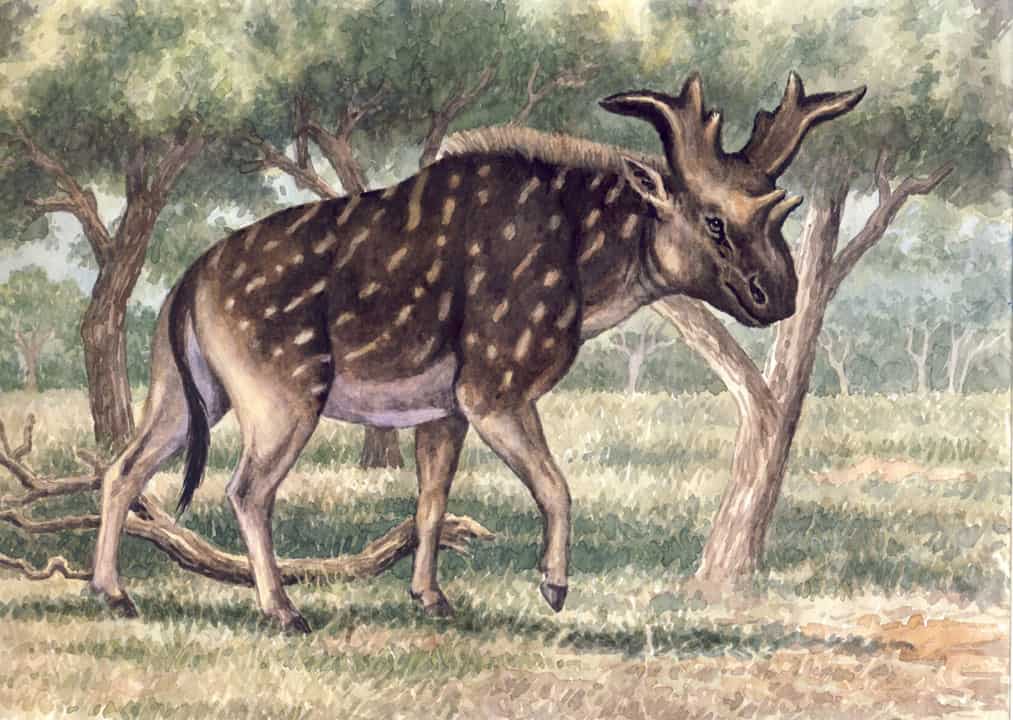