Ouranosaurus is a dinosaur which lived during the early Cretaceous Period or about 112 to 125 million years ago. It was first discovered by Philippe Taquet in 1965 in the southern Sahara Desert of Niger, Africa. 11 years later—in 1976—he named it Ouranosaurus, a name which means “brave lizard.”

This dinosaur was around 24 feet long, 10 feet high and weighed around 4 tons. It was an herbivore dinosaur that had a big sail on its back that ran from the base of its neck to the tip of its tail. This sail is believed to have been used to keep the animal cool during the hot days. It could do this by expelling heat through the sail. Other paleontologists believe that this wasn’t the purpose of it at all, that it was used only for the dinosaur to attract a mate with. Kind of like feathers on a peacock.

A well known fact about Ouranosaurus is that although it didn’t have any teeth in its bony beak, it did have teeth in its cheek. This would have allowed the dinosaur to grind a variety of plant material so it could easily digest it. This dinosaur’s diet probably consisted of seed ferns, ginkgos and club mosses. 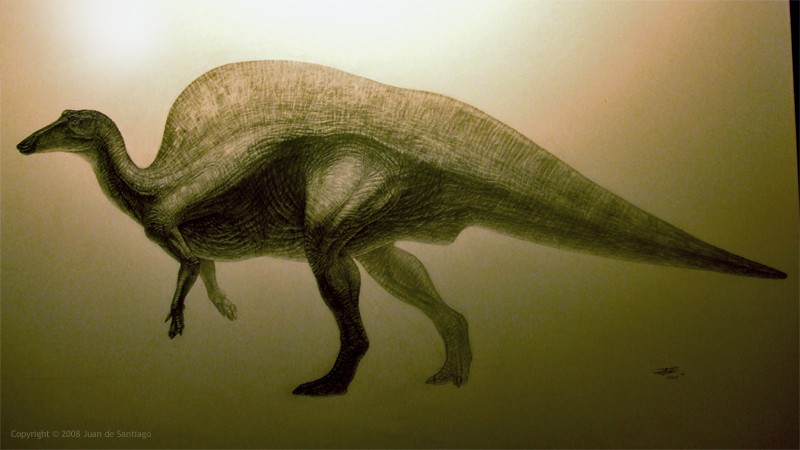 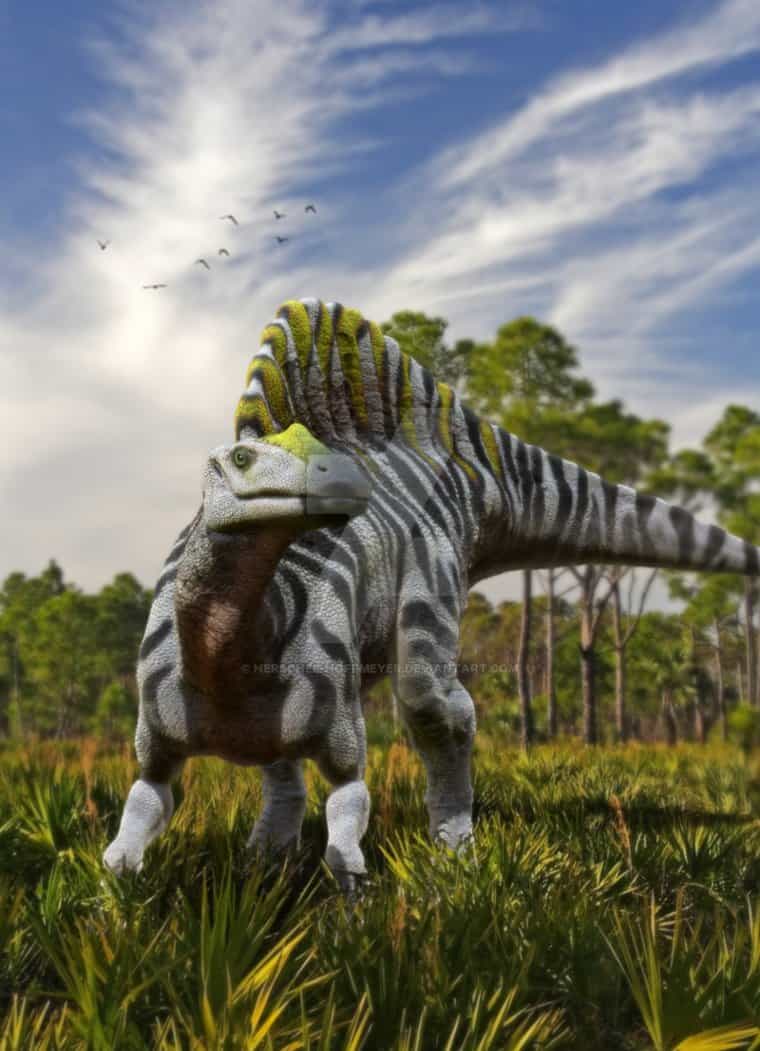 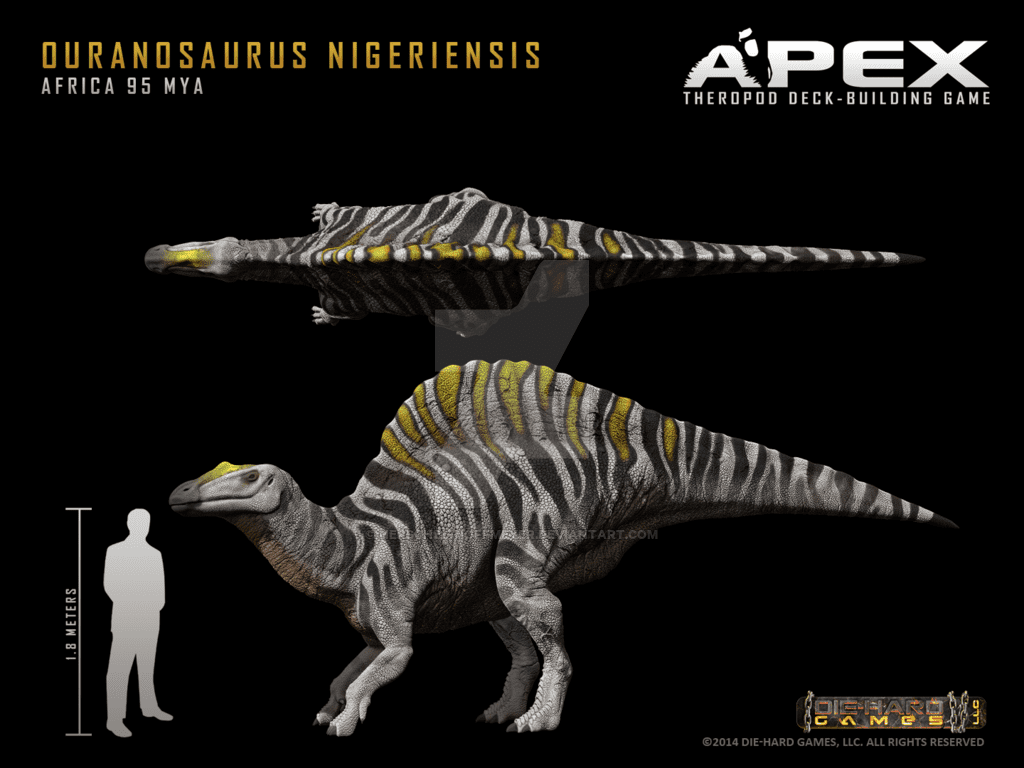 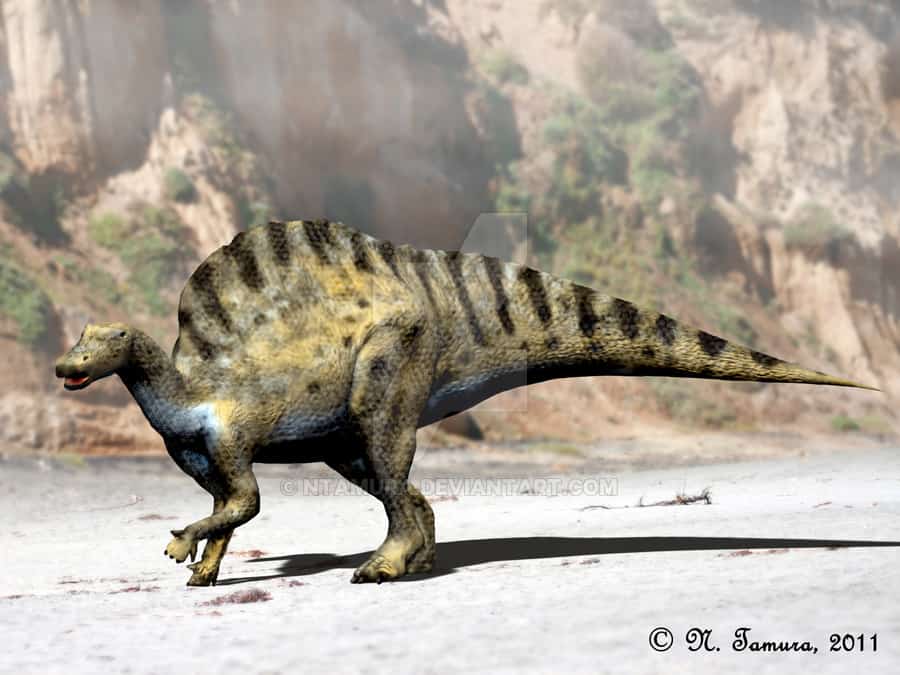 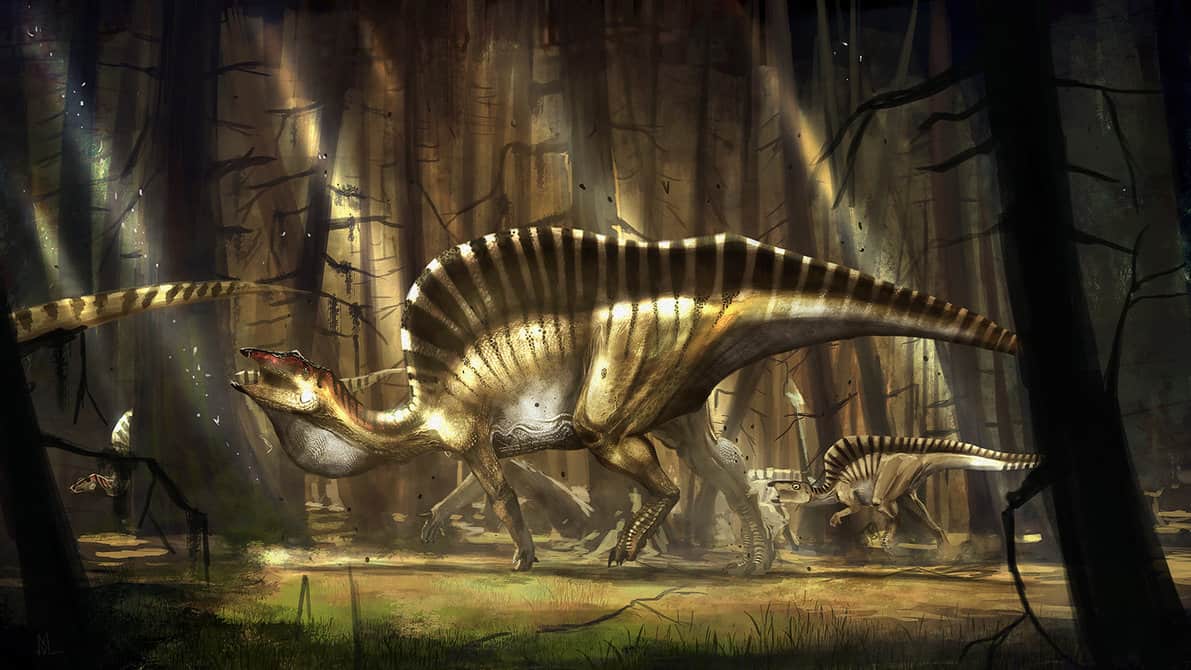 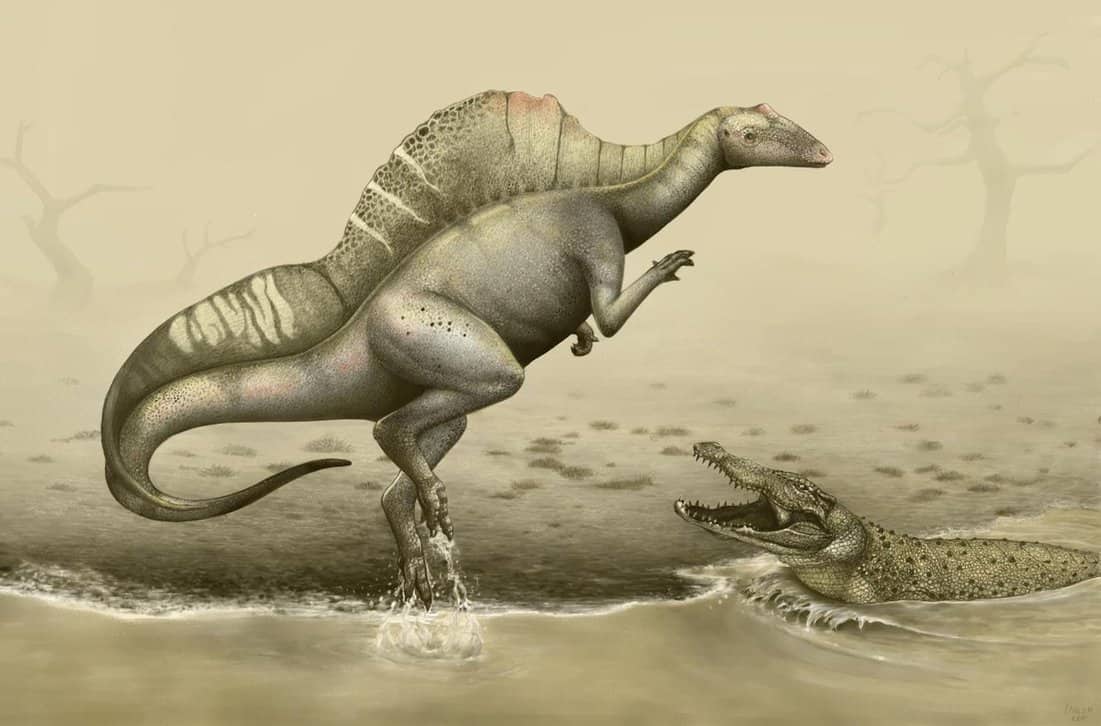 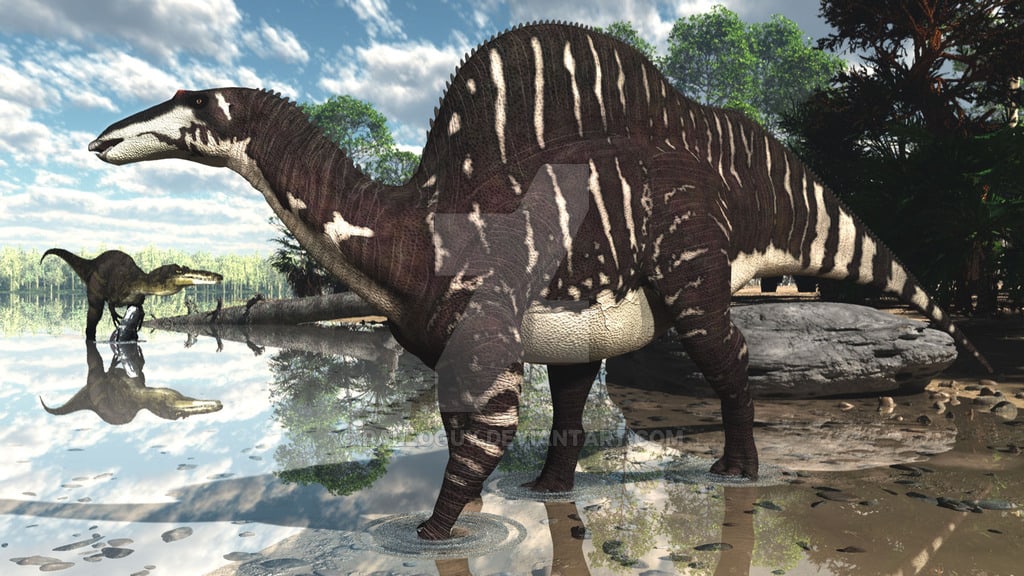