Home The Marine Reptiles of The Late Cretaceous Mosasaurus
Share

Mosasaurus is an aquatic lizard which lived approximately 70 million to 65 million years ago during the Late Cretaceous Period. It was first discovered during the mid-18th century in Maastricht, Netherlands and eventually collected by Jean-Baptiste Drouin. However, that fossil was incomplete and consisted of only the skull of the animal. More fossils would turn up from the 1770s through the 1820s. In 1829, Gideon Mantell named it Mosasaurus – a name which means “Meuse lizard” in Greek.

Mosasaurus was discovered at a time before anyone had even discovered evolution or even, dinosaurs. At the time it was discovered, it was assumed to have been a whale. It was then thought to have been an alligator. It wasn’t until it was examined by Georges Cuvier and he discovered it was some sort of marine reptile that he came to the conclusion that extinct species lived on the Earth at one time. A notion that went against prevailing religious thought at the time and was very controversial.

The first time that you looked at Mosasaurus pictures, you most likely got scared. Which I can completely understand. This aquatic animal was indeed a fierce looking creature. It was approximately 50 feet long – or longer than a semi-truck trailer and it weighed about 15 tons – or almost twice the weight of an elephant. To top it off, it had long jaws which were filled with lots of razor-sharp teeth. Teeth that were able to eviscerate anything this animal wanted to eat.

So what exactly did Mosasaurus eat? Well, it ate just about anything it wanted. However, paleontologists believe that its diet consisted of fish, shellfish and squids. It wouldn’t have eaten sharks though like it was shown in Jurassic World. It was big but it wasn’t nearly that big. The movie exaggerated its size dramatically.

One of the most interesting facts about Mosasaurus is that it had a streamlined body and flippers. That enabled it to sail effortlessly through the water at what must have been pretty high speeds. Paleontologist don’t currently know how fast these animals could’ve swum but they think it was pretty fast. 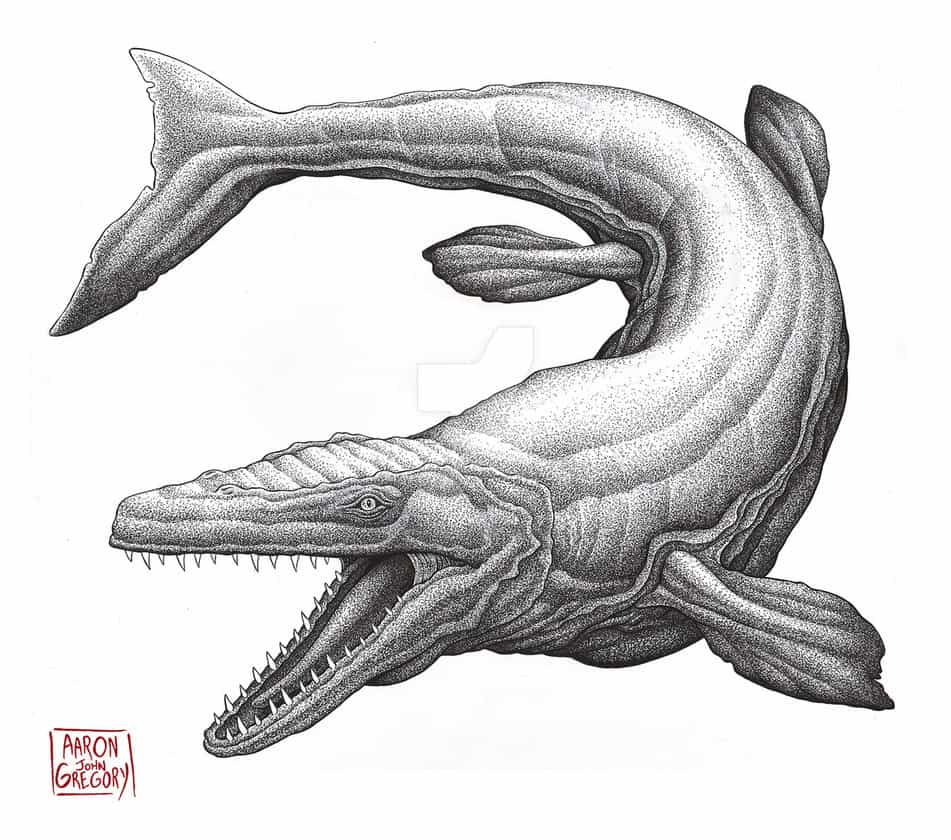 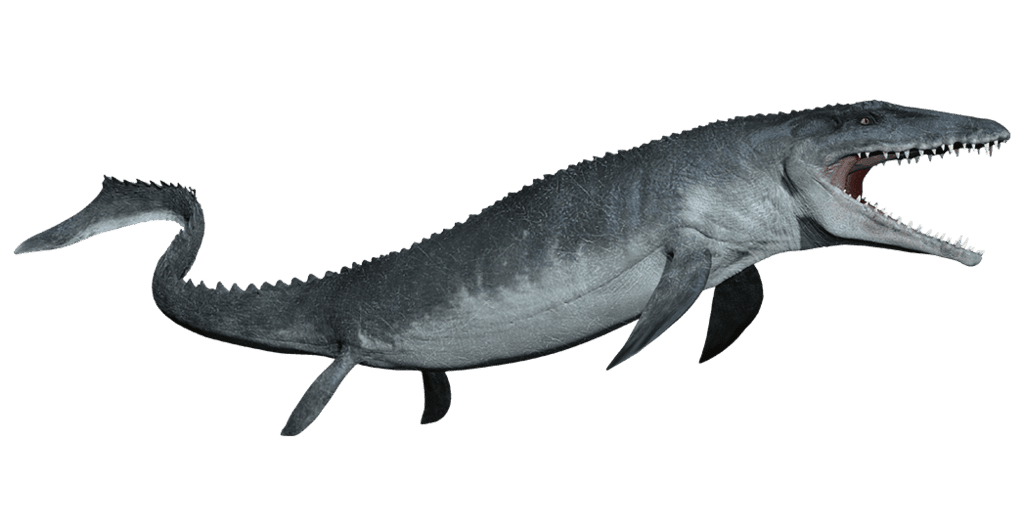 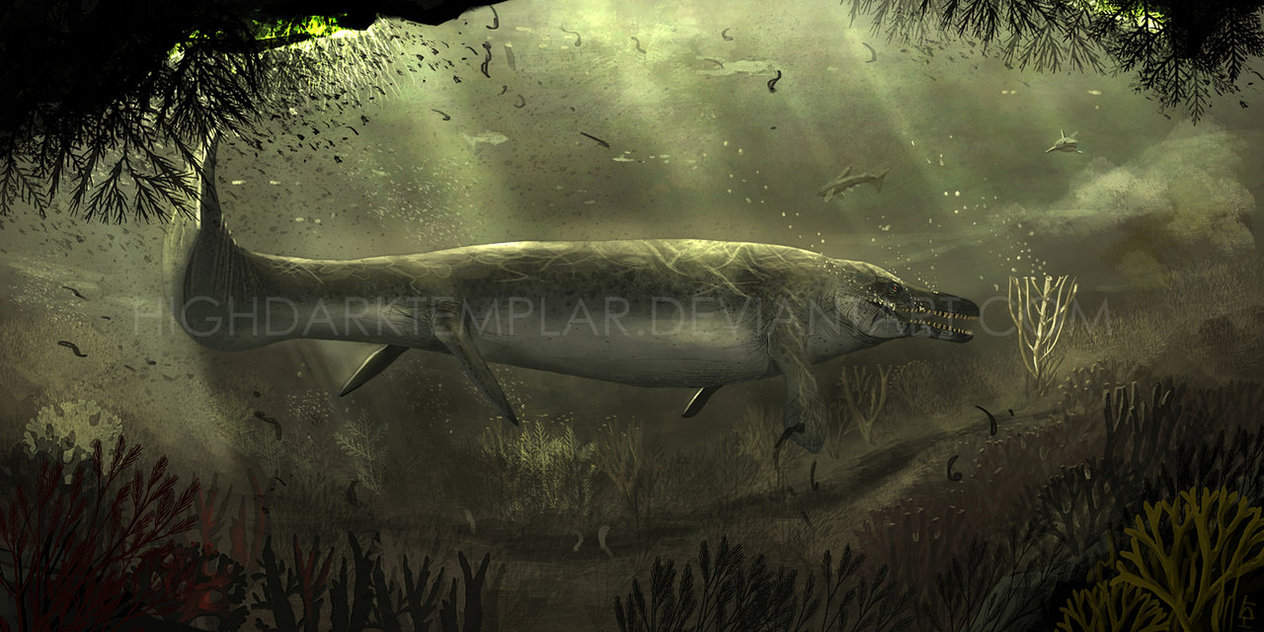 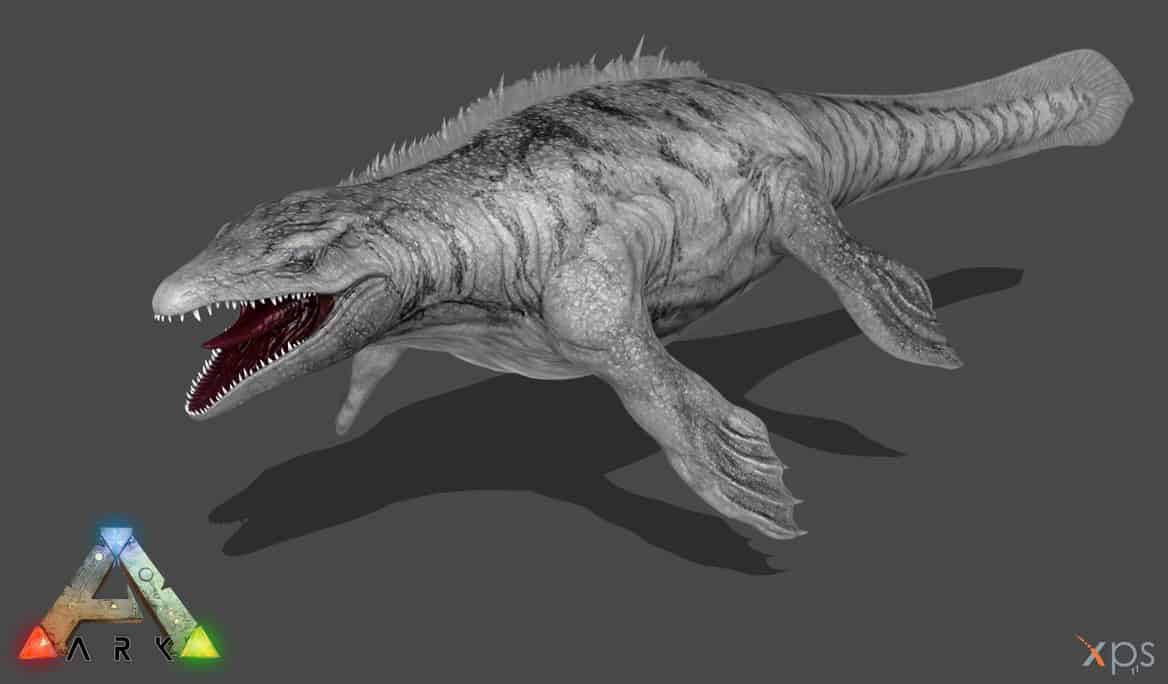 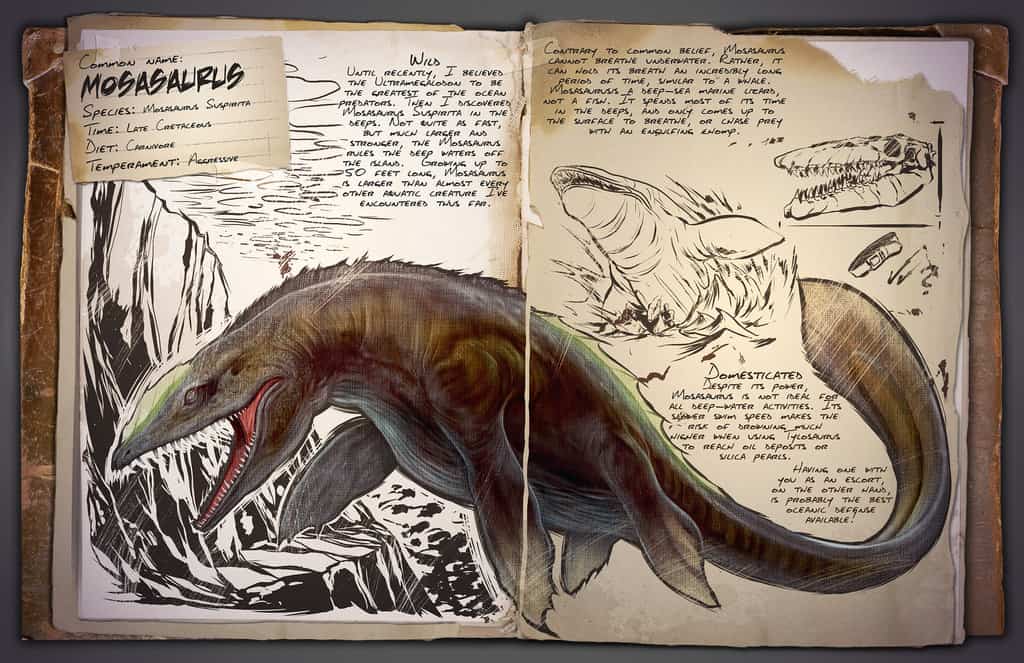 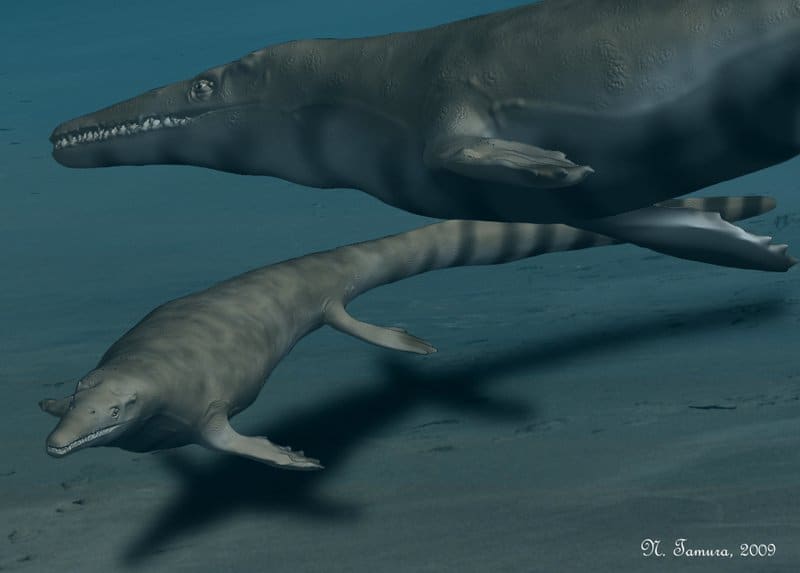 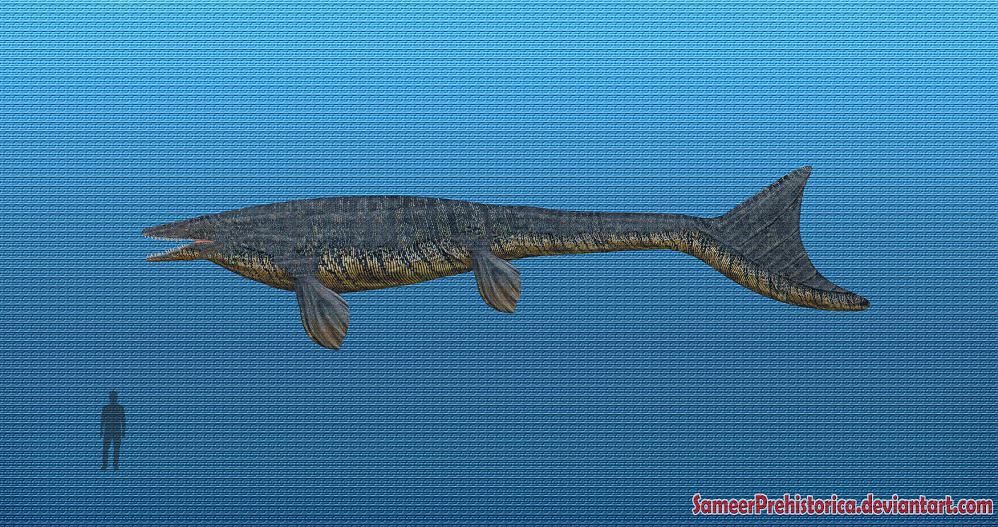