Alamosaurus is a large dinosaur which lived approximately 65 to 73 million years ago during the late Cretaceous Period. It was first discovered in 1922 in New Mexico and was subsequently named by Smithsonian paleontologist Charles W. Gilmore that same year. An interesting fact about the name of Alamosaurus isn’t named after the Alamo in Texas—although large numbers of this dinosaur have been found in that state. Instead, it was named after the Ojo Alamo sandstone formation in New Mexico.

Alamosaurus was an extremely massive dinosaur which was approximately 70 feet long, 28 feet high and weighed as much as 33 tons. They had extremely long necks which they probably used to browse ground based plant life and had a long tail that they probably used as a whip,

Before this dinosaur was discovered, it was thought that all of the large sauropods in North America had died out at the end of the Jurassic. However, this discovery, as well as the discovery of a large number of them in Texas, has shown that these massive creatures lived in North America through the Cretaceous Period. It is unknown how these dinosaurs came to live in North America, but some paleontologists have speculated that they crossed the Bering Land Bridge from Asia and then migrated to the southern portion of the continent where the climate was more suitable and stable for them. 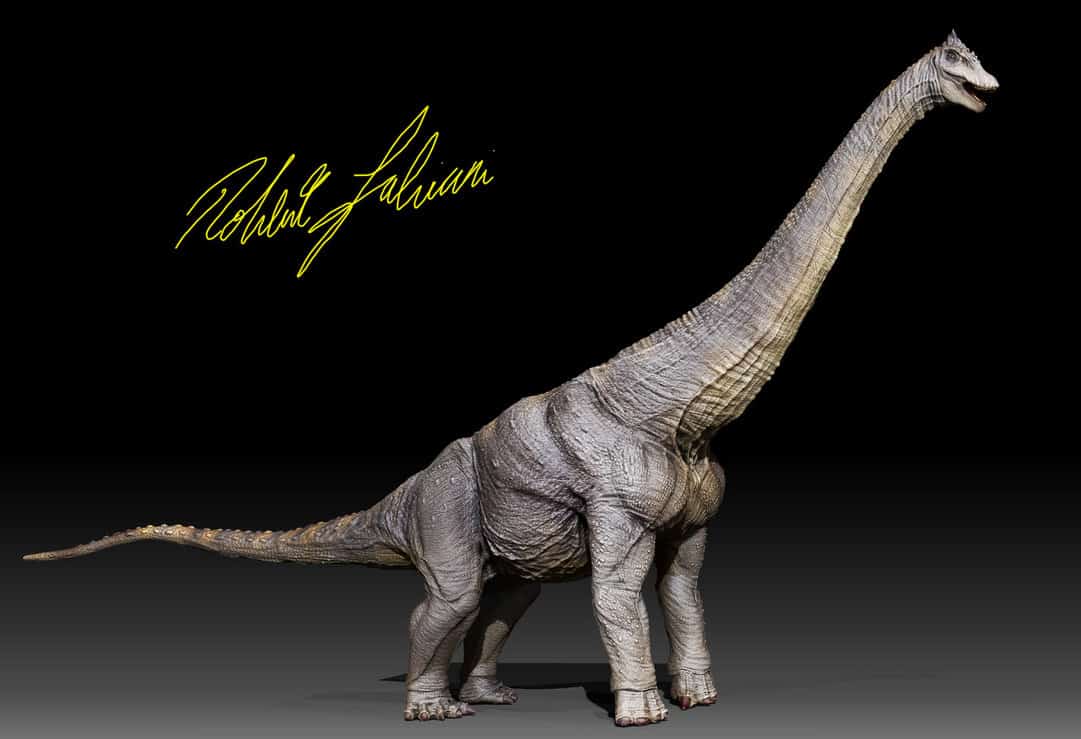 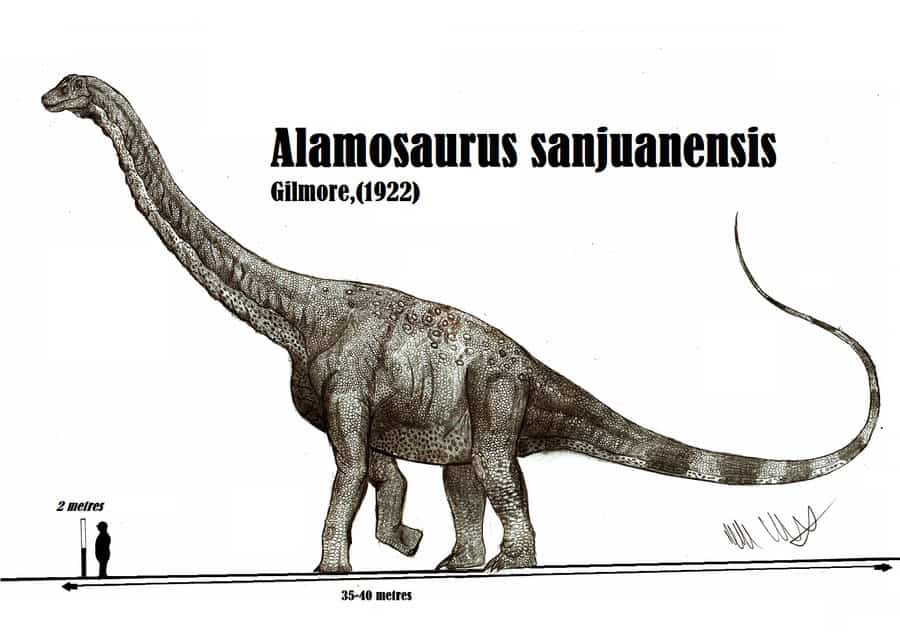 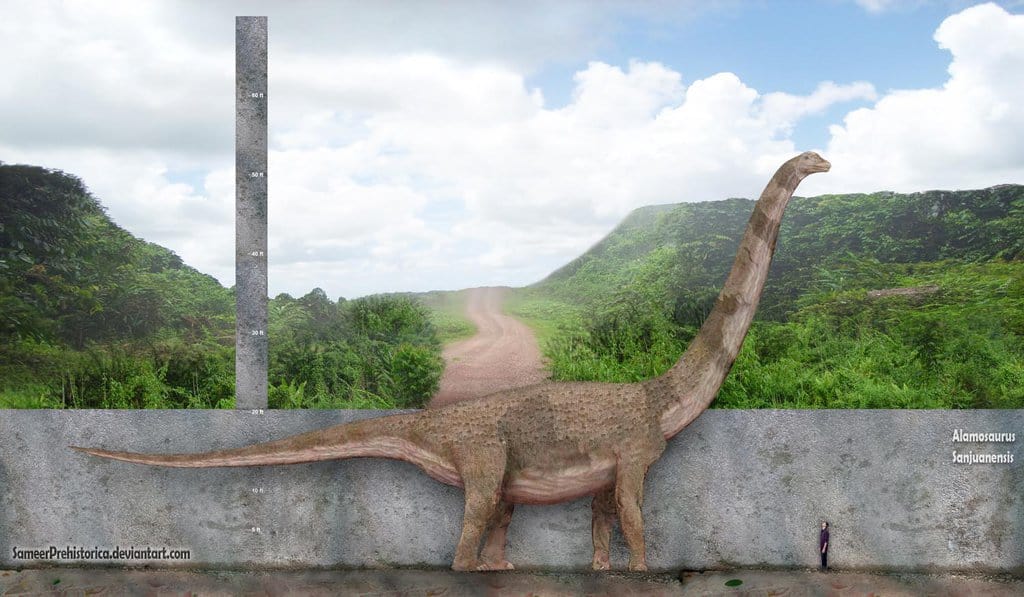 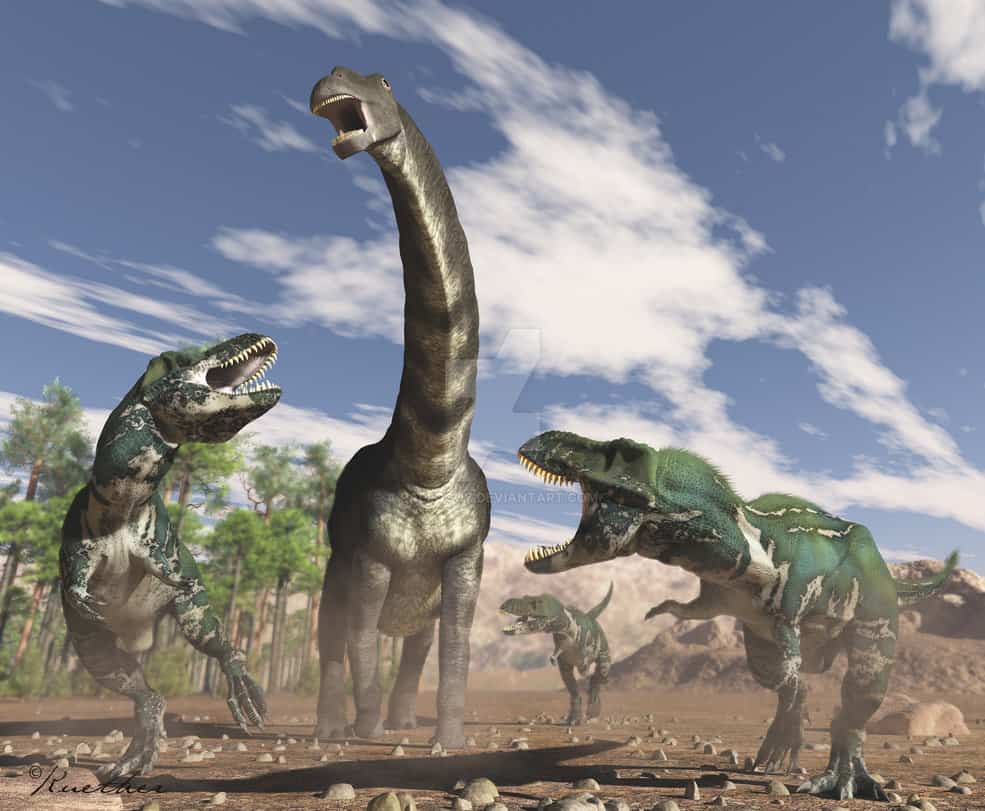 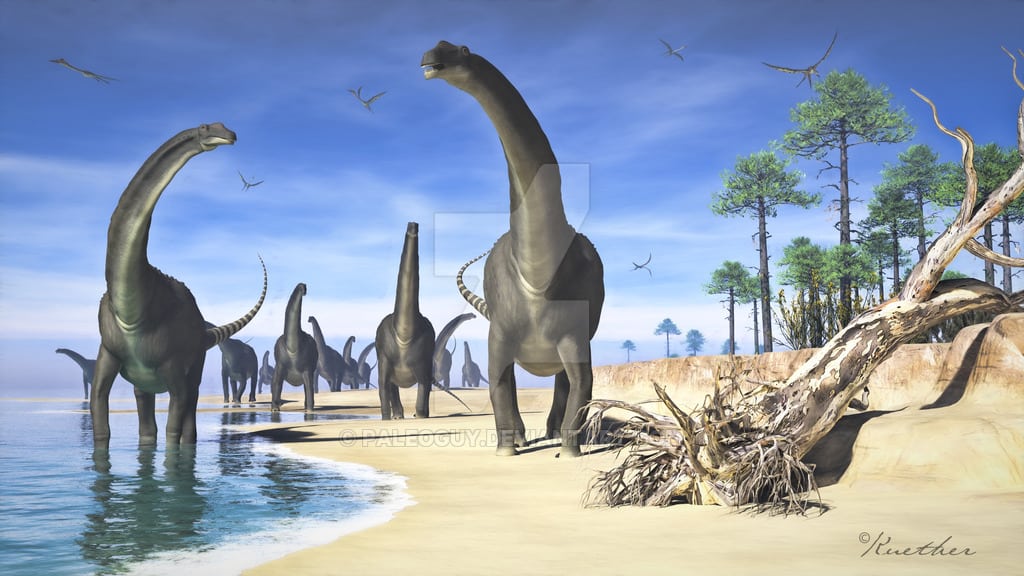 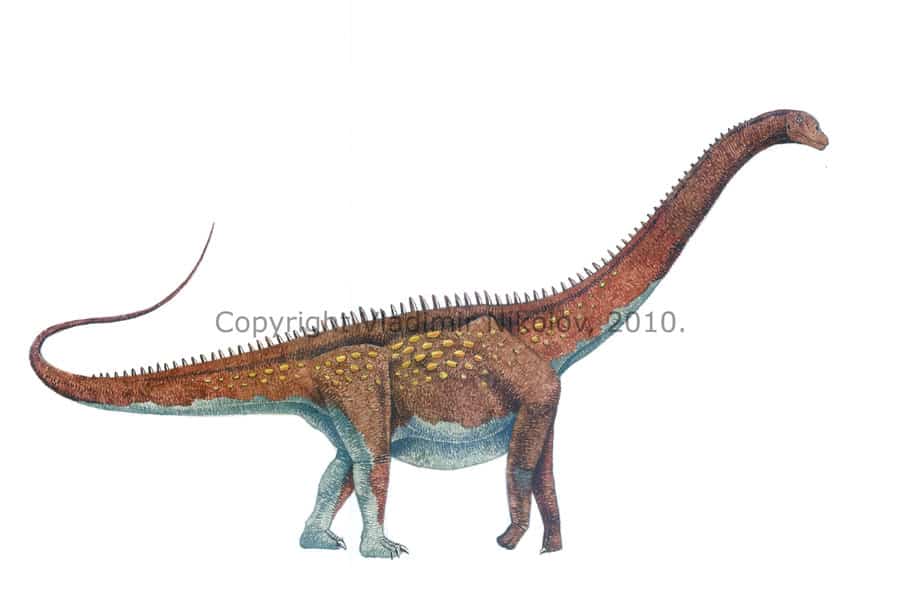 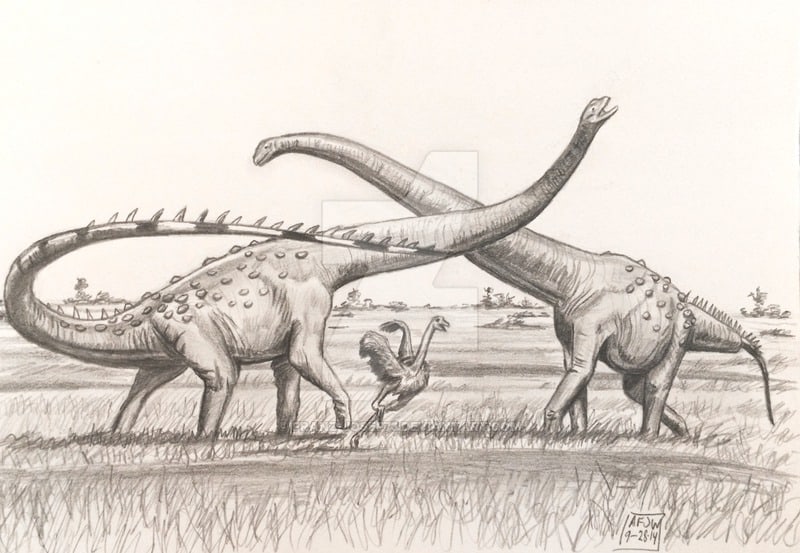