In 2006 a group of paleontologists with the leadership of Guillermo Rougier found the remains of a small mammal that looks like a saber tooth squirrel. The mammal was named Cronopio Dentiacutus, with dentiacutus meaning sharp-toothed and cronopio being the extinct genus. The remains found are in the north Patagonia region in Argentina and they’re rare since the bones are small and fragile. Two sculls were found but not many of these mammal fossils exist today. It took years for the paleontologists to unearth the remains embedded in ancient rocks.

It is estimated that the “saber tooth squirrel” was about 4-6 inches long. It had a long skinny mouth with long canine teeth. It is believed its diet consisted of worms and insects. The mammal was described by Guillermo Rougier to look like the squirrel in the movie “Ice Age” called Scrat.

Other prehistoric marsupials you might find interesting that were saber tooth are the Thylacosmilus which lived in a different era and were much bigger but had long canine teeth just like the Cronopio Dentiacutus. 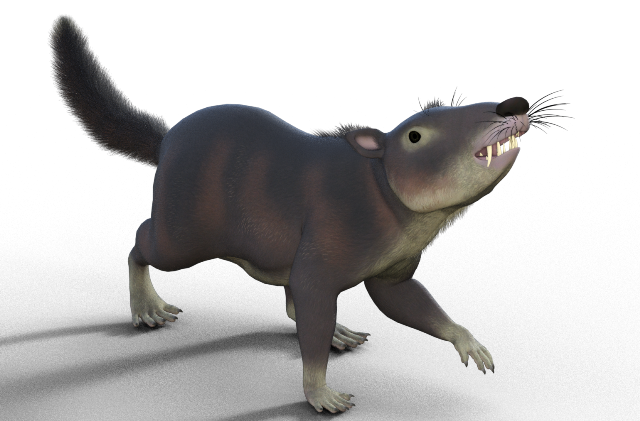