Eryops is an extinct amphibian which lived approximately 295-270 million years ago – during the Permian period. It was discovered in the late 19th century in Archer County, Texas in the United States. In 1887, it was given its name – a name which means “drawn-out face.”

If you’ve looked at Eryops pictures, then you’ll notice that it looks quite like a lizard that has been pumped up with a bicycle pump. However, it was a bit bigger than your average lizard. It had a very plump body with extremely wide ribs and was supported by four stout legs. It was about 5 feet long and weighed around 200 pounds. It certainly was the biggest amphibian of its time. It also had extremely eyes that were directed upwards.

Some interesting facts about Eryops include the facts that it was heavy and that its weight was unevenly distributed over its legs. Which means that it just could barely lift itself off of the ground. Moving in this way must have been very slow and very hard to do. It would have to make small but broad strides to get where it was going. This has been proven by studying its footprints in the fossil record. In water, however, it might have moved much, much faster.

Even though it was relatively slow, it was still a fierce predator. In the swamps in which it lived, there was most likely a large supply of animals in which it could have fed. There were reptiles, small fish and even other small amphibians which would have been sufficient enough to supply this amphibian’s daily dietary needs.

However, since it lacked a way to chew, it probably had to rely on a way of eating that modern-day alligators and crocodiles use. That method is capturing the prey in its jaws (it still had some pretty fierce teeth) and then toss its head back. 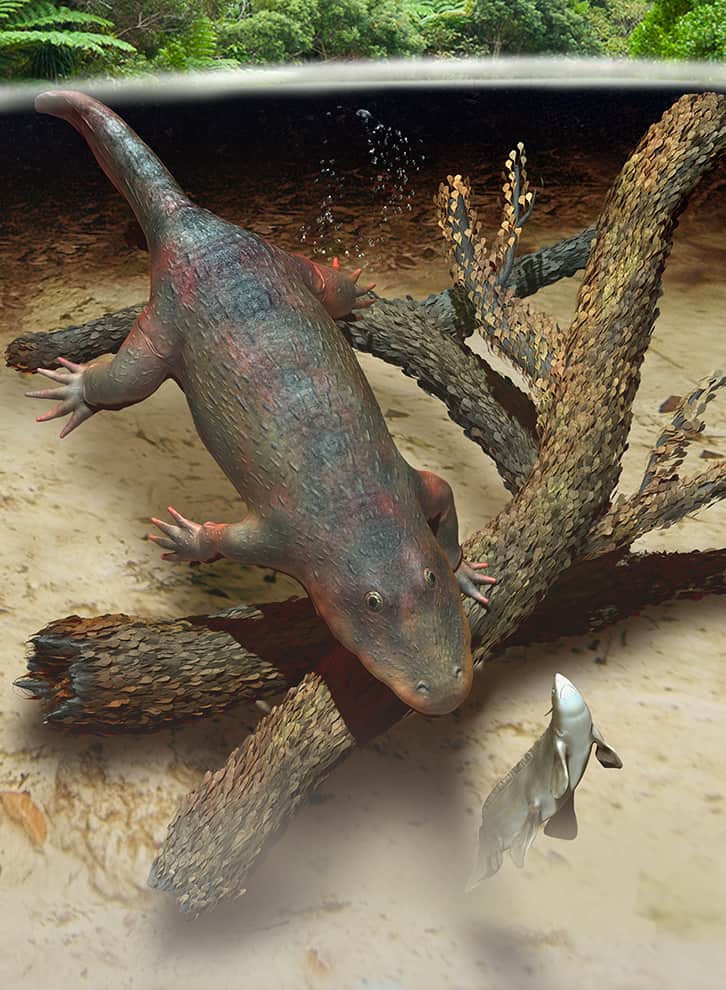 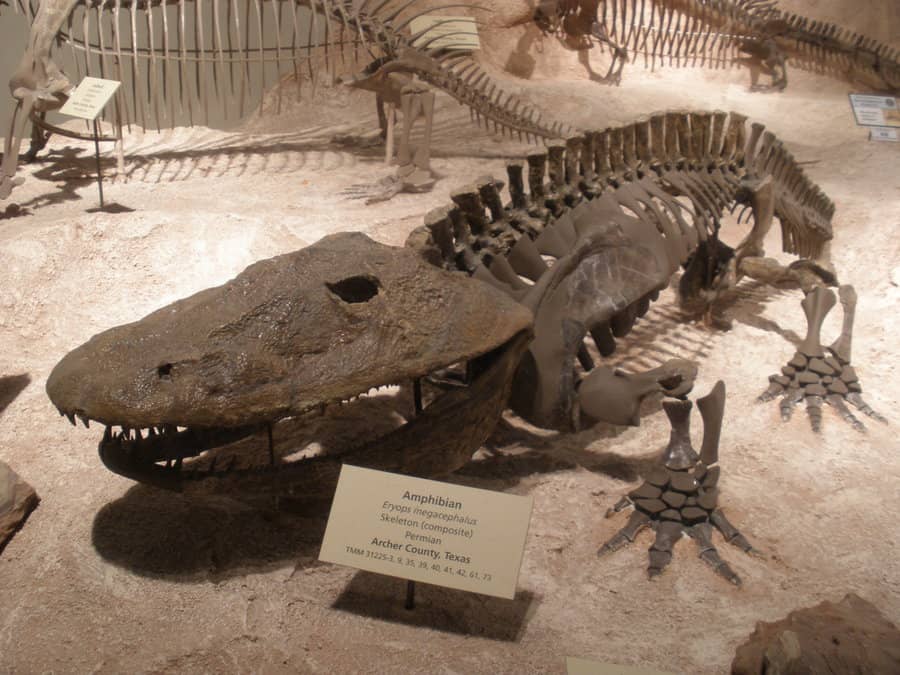 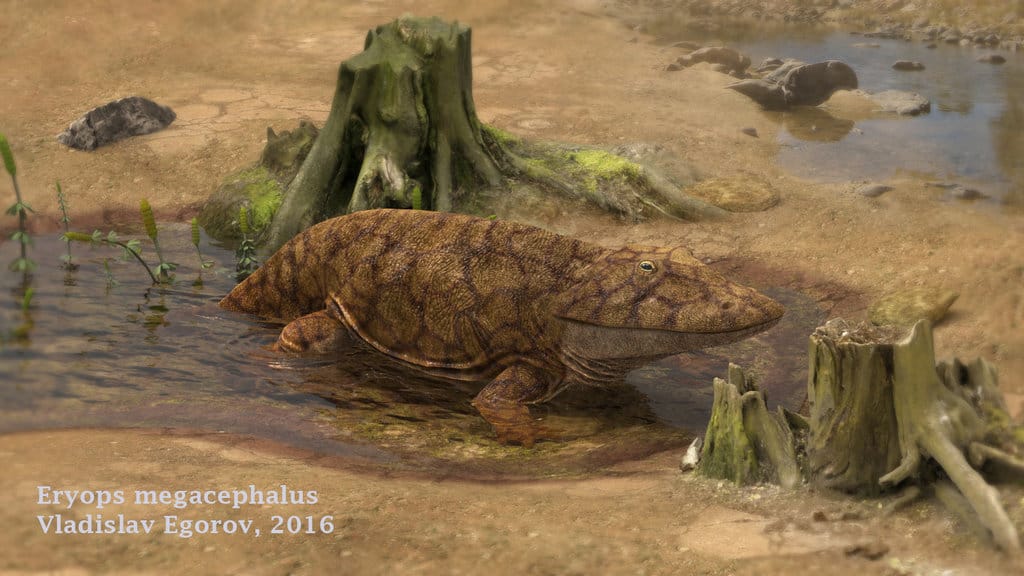 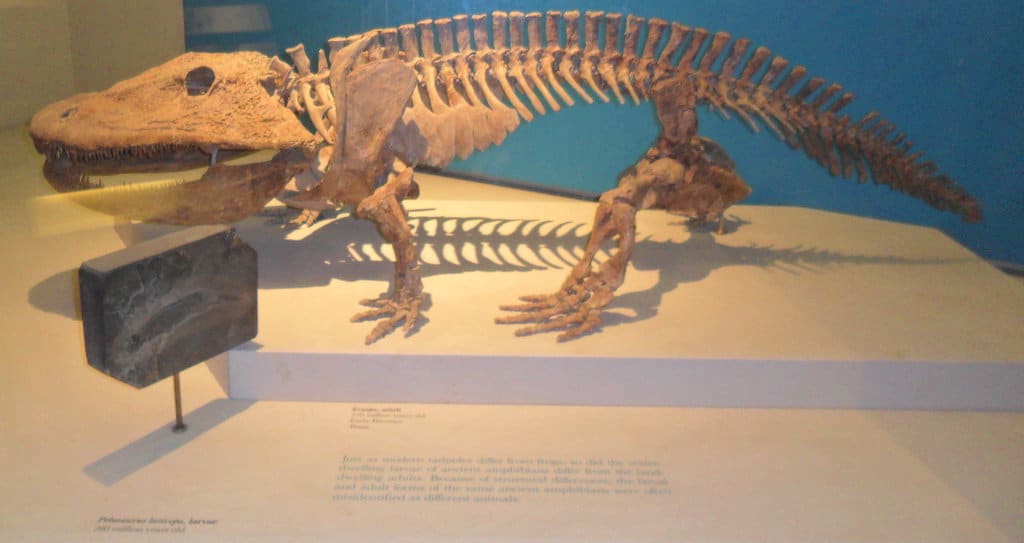 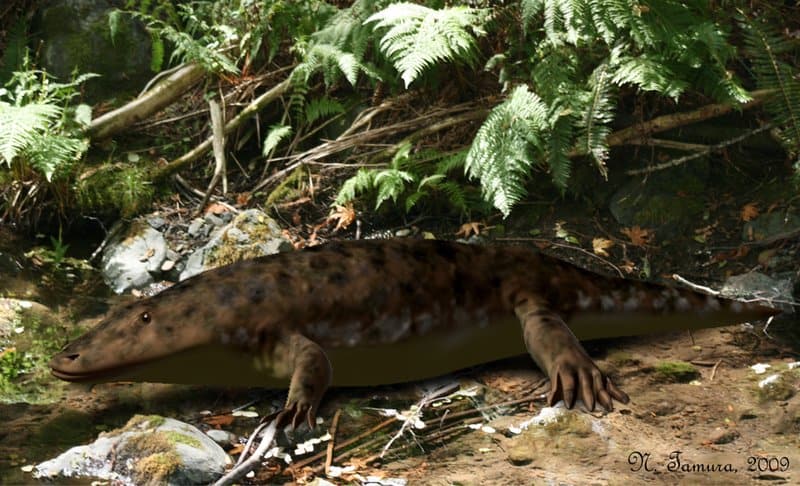 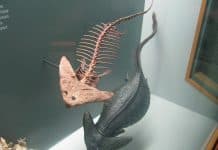 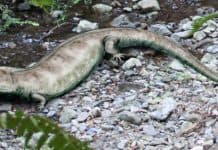 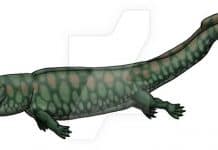 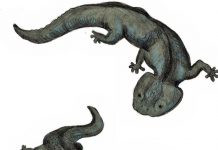 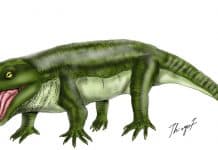