Edmontosaurus is a duck billed dinosaur which lived approximately 66 to 74 million years ago during the Cretaceous Period. It was first discovered in 1871 in Alberta, Canada—although that fossil was more than likely named Trachodon cavatus by Edward Cope. However, these bones have since been lost. Officially, the bones of this species were named Edmontosaurus in 1917 by Lawrence Lambe. Its name literally means “Edmonton Lizard.”

Edmontosaurus was a fairly large dinosaur. It was approximately 42 feet long, 10 feet high at the hips and probably weighed around 3 to 4 tons. It is believed to have been an herbivore and probably lived off plant material such as ginkgos, conifers and cycads. It had a toothless beak which would have been perfect for crushing this sort of plant material.

Since its initial discovery, this dinosaur has been found all over North America. This suggests that these dinosaurs were probably nomadic and may have even traveled in large herds for protection from the apex predators of their day.

An interesting fact about Edmontosaurus is that is may have had loose skin around its fact that it could blow up like a balloon. It might have done this to attract a mate or to ward off other males in intraspecies contests that likely arose between competing males. It may have even used it to ward off predators, although this is probably the least likely scenario for this skin flap’s purpose. 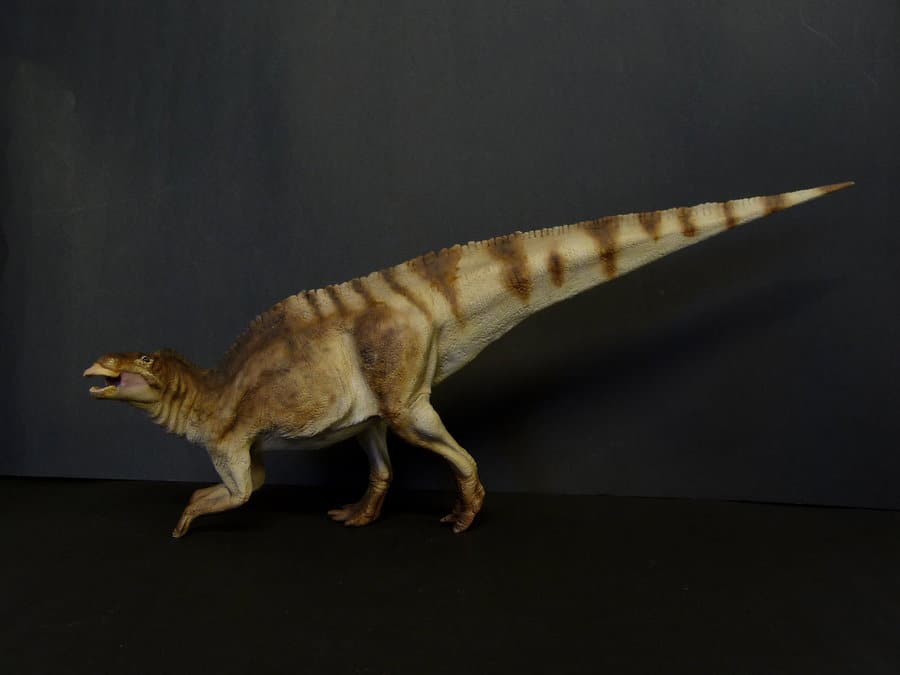 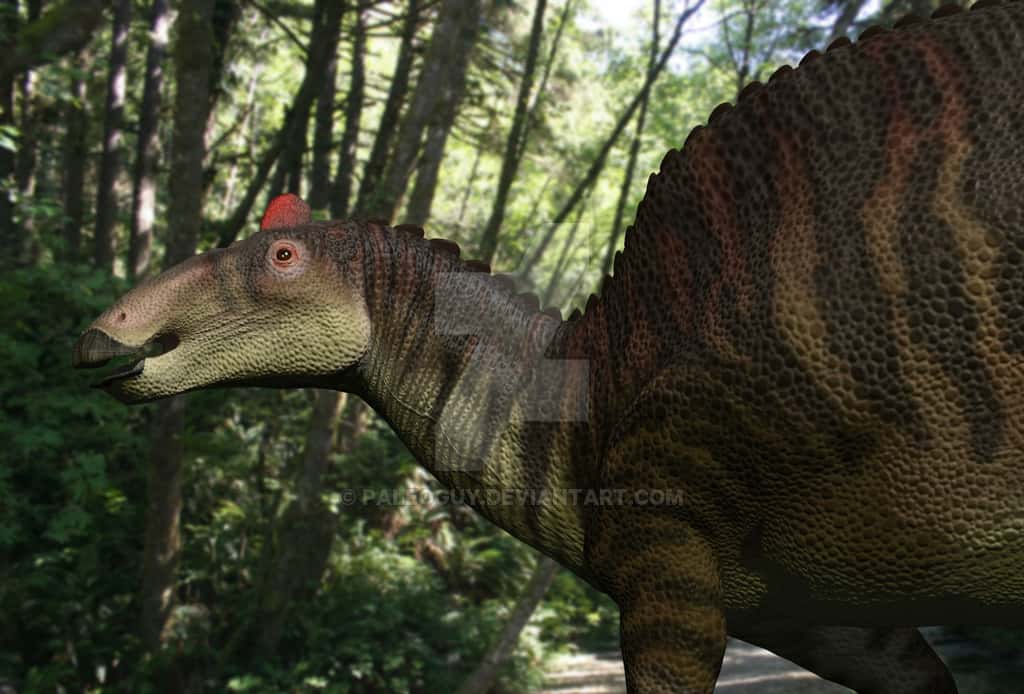 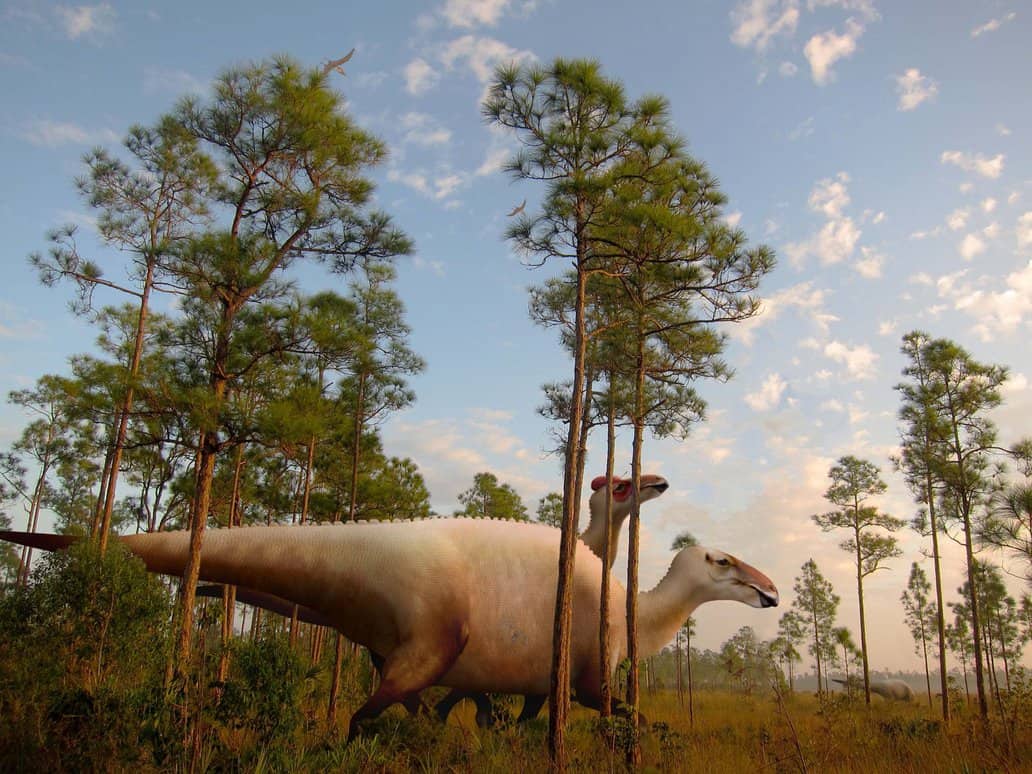