Casea is an extinct synapsid which lived approximately 255 million years ago during the Late Permian Period. It was first discovered in 1910 and was named that same year by Samuel Wendell Williston. He named it Casea – a name which means “cheese” in Greek.

One of the most interesting facts about Casea is its name. The paleontologists Williston must have had a sense of humor because he basically named this animal after a wheel of cheese. Oddly enough, however, it was also a name that seems to fit this reptile quite well. If you look at Casea pictures, then you will quickly see why he gave this lizard this name. It all has to do with its odd body shape.

Casea had very short legs and a large, almost pig-like, trunk. That’s because it needed a whole lot of intestines to break down its favorite plants and its teeth were fairly primitive. Since it couldn’t adequately masticate its food, the plant matter needed to go through a long process of digestion. Which is why this reptile looked like a sack of potatoes being drug around the ground.

This reptile was approximately 4 feet long and weighed about 200 pounds. Which made it shorter than the average pig and about the same weight as a kangaroo. It probably moved at a very slow rate of speed because it had to drag its over-sized belly along with it and its legs were fairly squat. 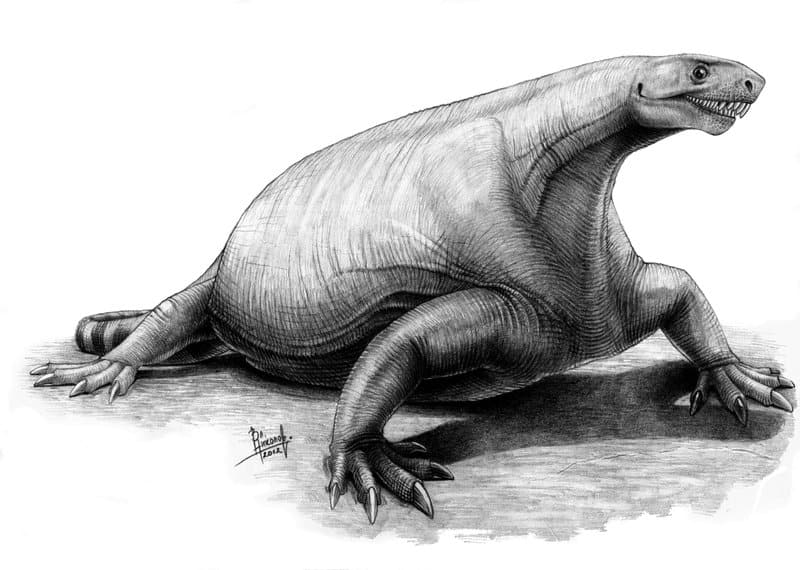