Pterodaustro is a pterosaur which lived approximately 140 million to 130 million years ago during the Early Cretaceous Period. It was first discovered in the Lagarcito Formation in Argentina during the 1960s and was named by José Bonaparte in 1969. Since its discovery, another Pterodaustro fossil was also found in the Santa Ana Formation in Chile. Its name means “southern wing.”

Pterodaustro pictures often show this pterosaur as looking like a prehistoric flamingo and that might be what it looked like too. It’s even likely that it had the same pink coloring in its feathers that flamingos do (that’s due to the pigments found in shrimp and algae) and it might even have a few other attributes that make it look quite similar to a flamingo. For instance, this animal filtered water for its food with a beak that looked very similar to the beak of a flamingo.

Pterodaustro was approximately 3.6 feet long and weighed around 10 pounds. That made it roughly the same size of a great flamingo. It also had a wingspan of about 4 feet long. It lived on the shores of South America and lived off a diet of shrimp, plankton, and small crustaceans. Its feathers were likely pink, although they could have been white as well.

Another fascinating fact about this pterosaur is that it was the first one discovered in South America. Before its discovery, most of the other ones had been found in North America. Since then, other species have been found there but this species was the first.

One of the most interesting facts about Pterodaustro, however, is that while it looks very much like a flamingo, it is not a direct ancestor to flamingos. In fact, it’s not even an ancestral relative to birds in general. No, birds descended from small feathered dinosaurs that were known as dino-birds. 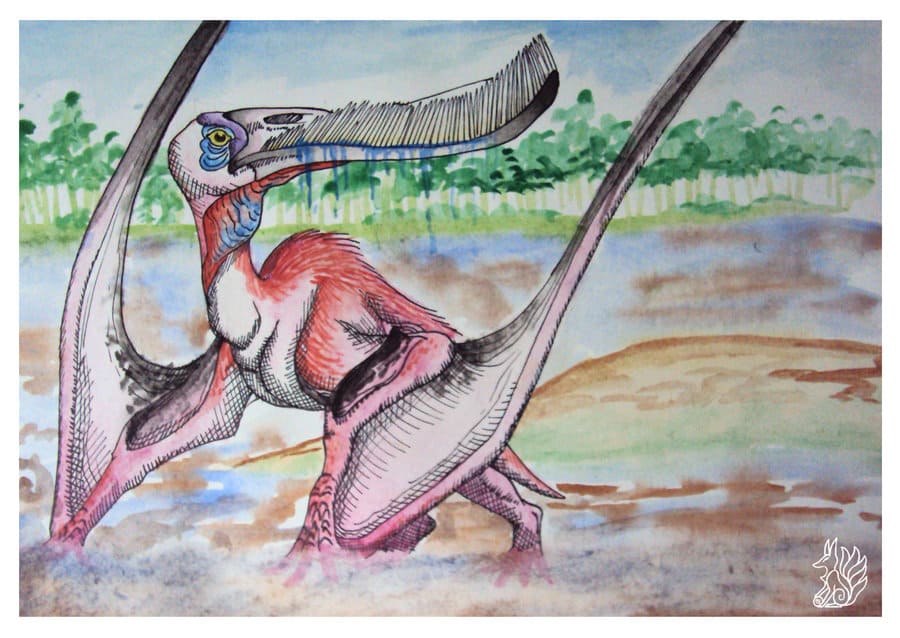 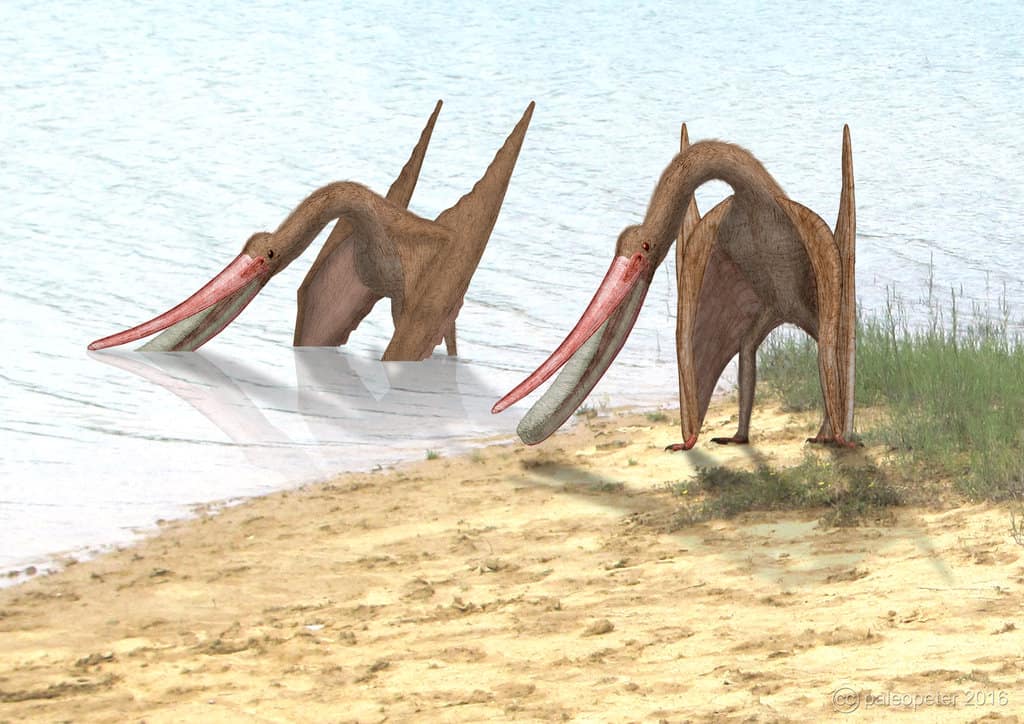 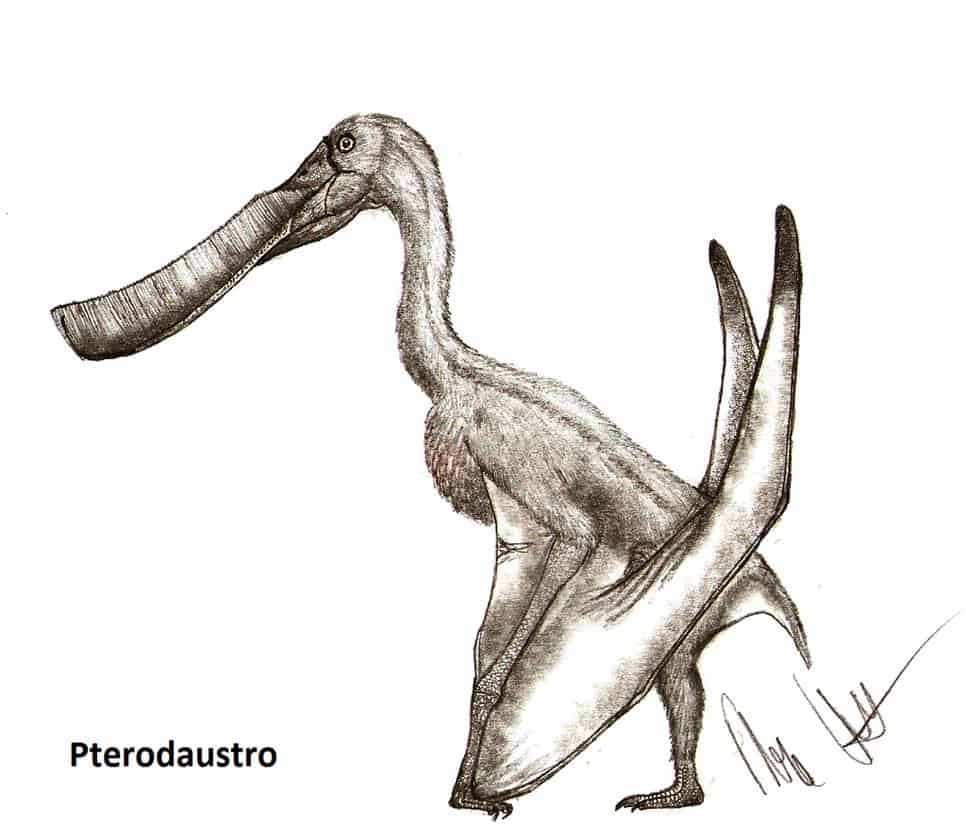 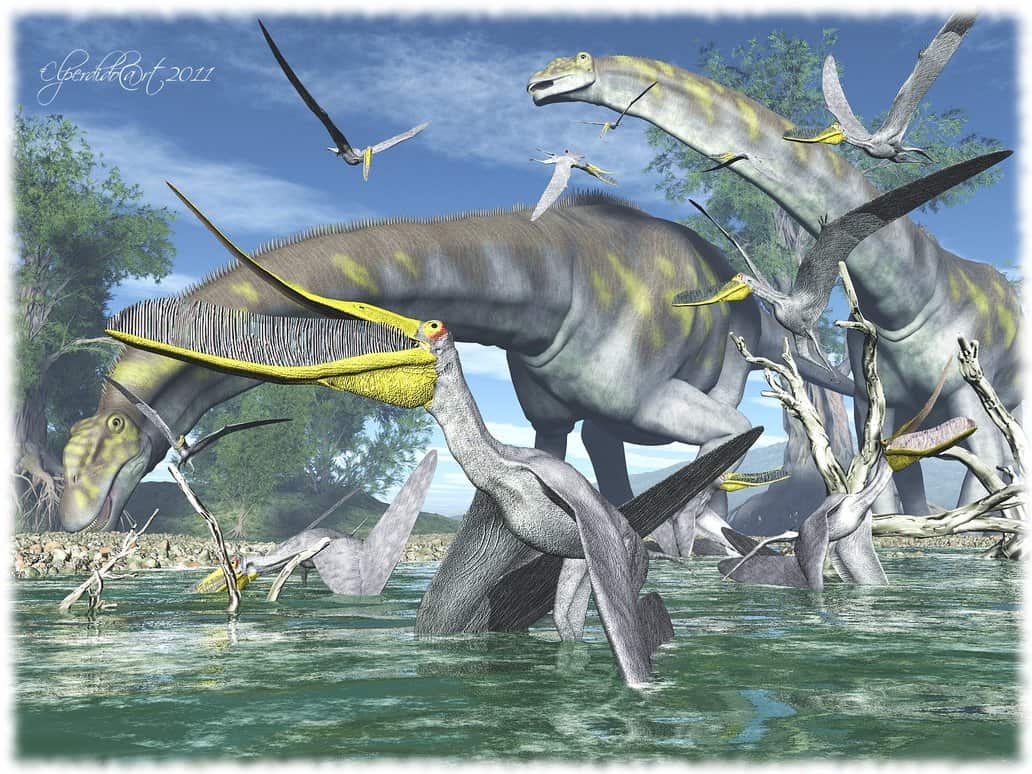 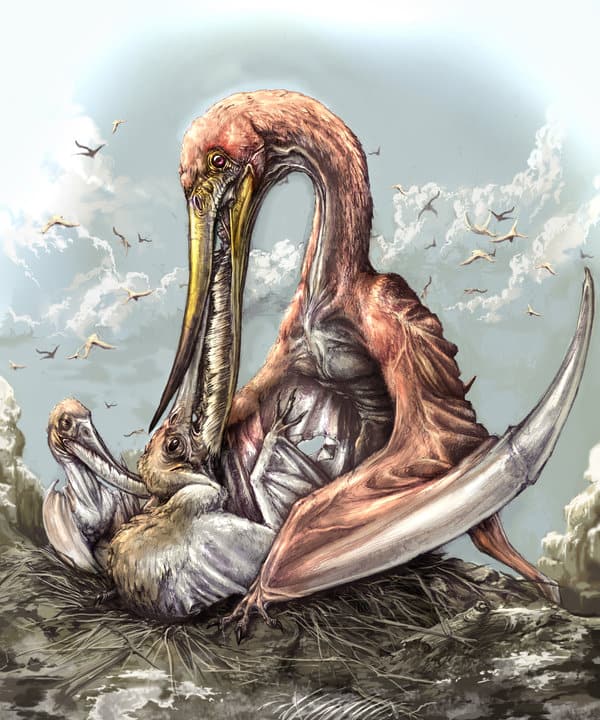 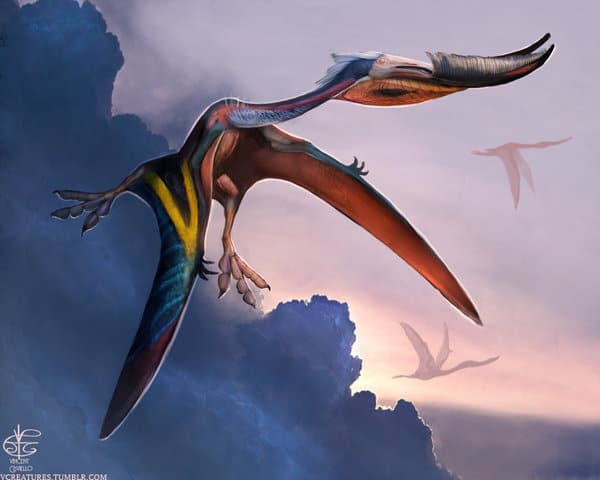