Gastornis is a large flightless bird which lived during the Middle Eocene Period – about 55 to 45 million years ago. It is believed to have lived all over the world, with fossils being found in Western Europe, North America and Eastern Asia. It was first described in 1855 from a partial fossil and was named after Gaston Planté. Over the years, several different fossils of this bird have been found in Europe, North America and Asia.

When paleontologists first discovered this prehistoric bird, they thought it was a ferocious predator. And you can see why just from looking at Gastornis pictures. They are pictured as very large birds with giant skulls and even bigger beaks. Beaks that were thought to have made short work of eviscerating mammals. However, one of the interesting facts about Gastornis is that it might not have been carnivorous. In fact, many scientists are now speculating that it might have been an herbivore – using its tough beak to crack seeds, nuts and to tear into fruits with hard peels. In fact, recent bone analysis of this bird shows that it didn’t have any meat in its diet. That would make it a true herbivore. In that case, it would appear that these birds aren’t as terrifying as they first appeared.

Gastornis was about 6 feet tall and weighed about 200 pounds. That would make it the height and weight of an average human male. It had stout legs which allowed it to run but didn’t give it a whole lot of agility.

It is currently unknown why Gastornis became extinct. Some scientists have speculated that increasing competition with mammals may have caused its demise. However, other scientists theorize that its extinction probably occurred due to climate change. The true answer probably won’t be resolved until further evidence has been uncovered. 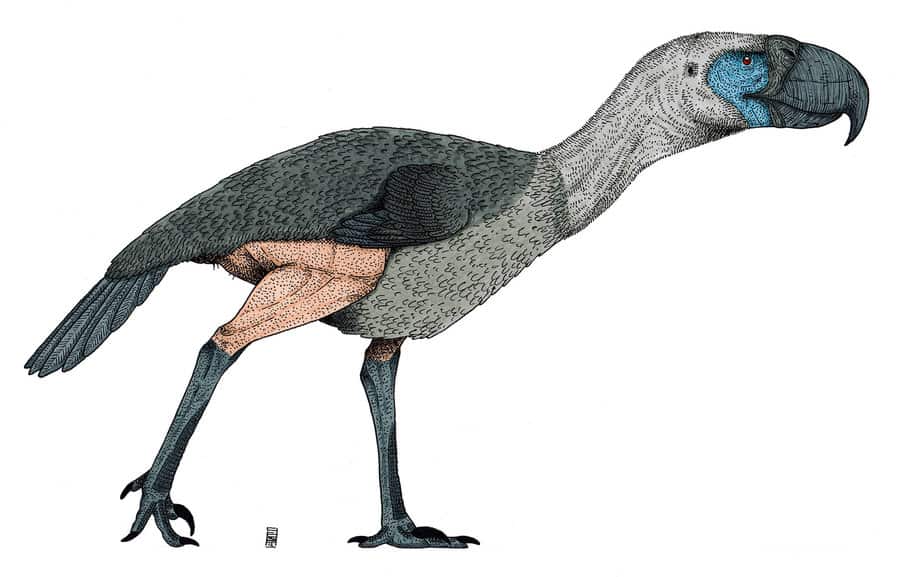 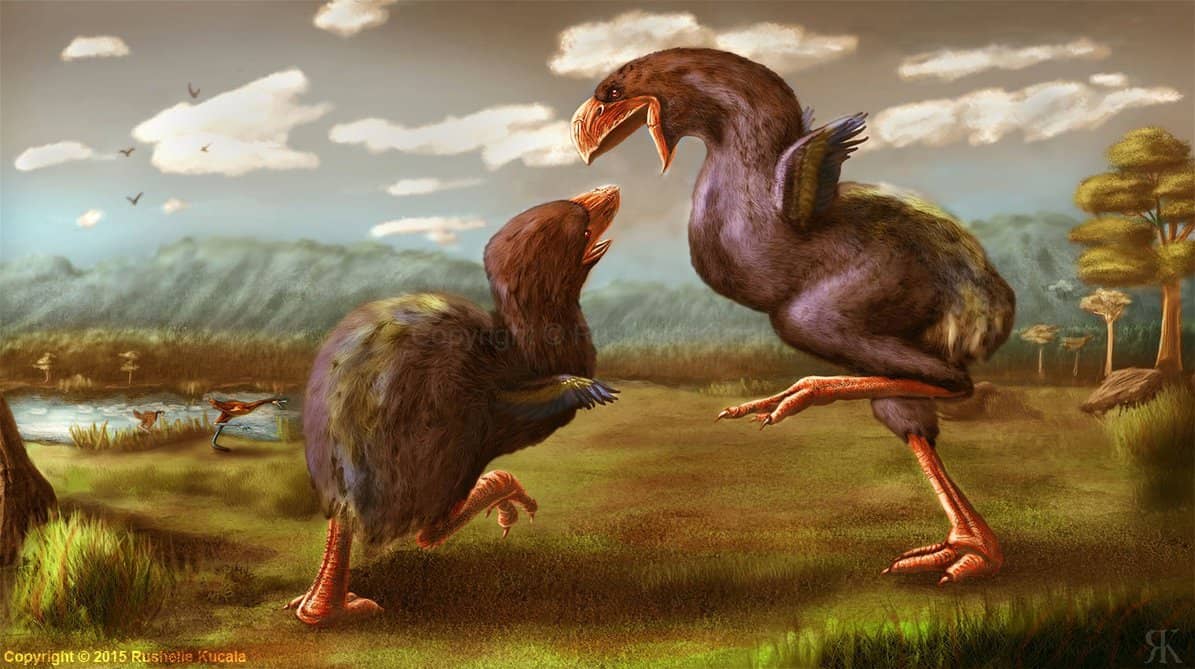 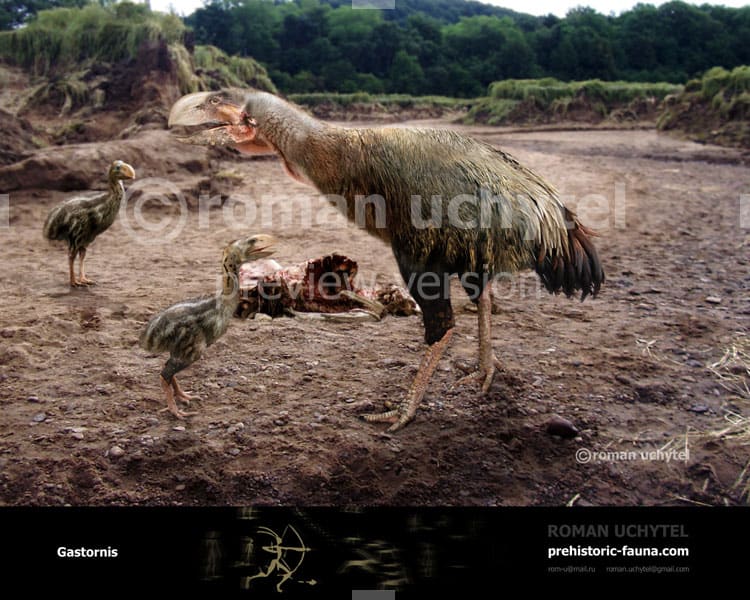 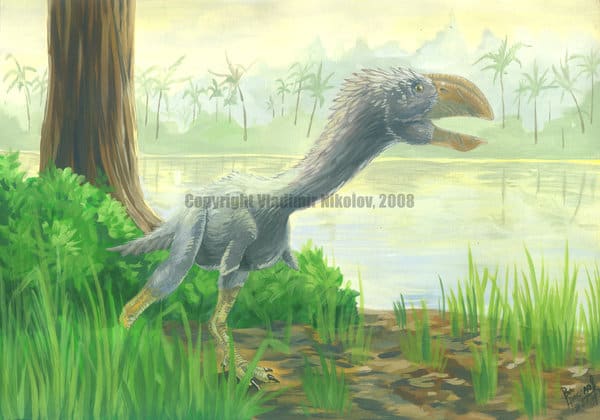 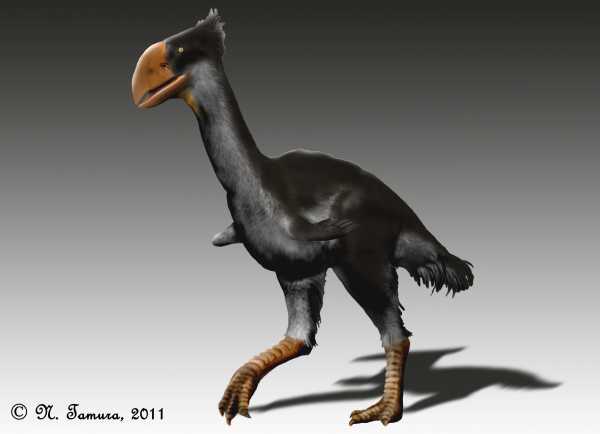 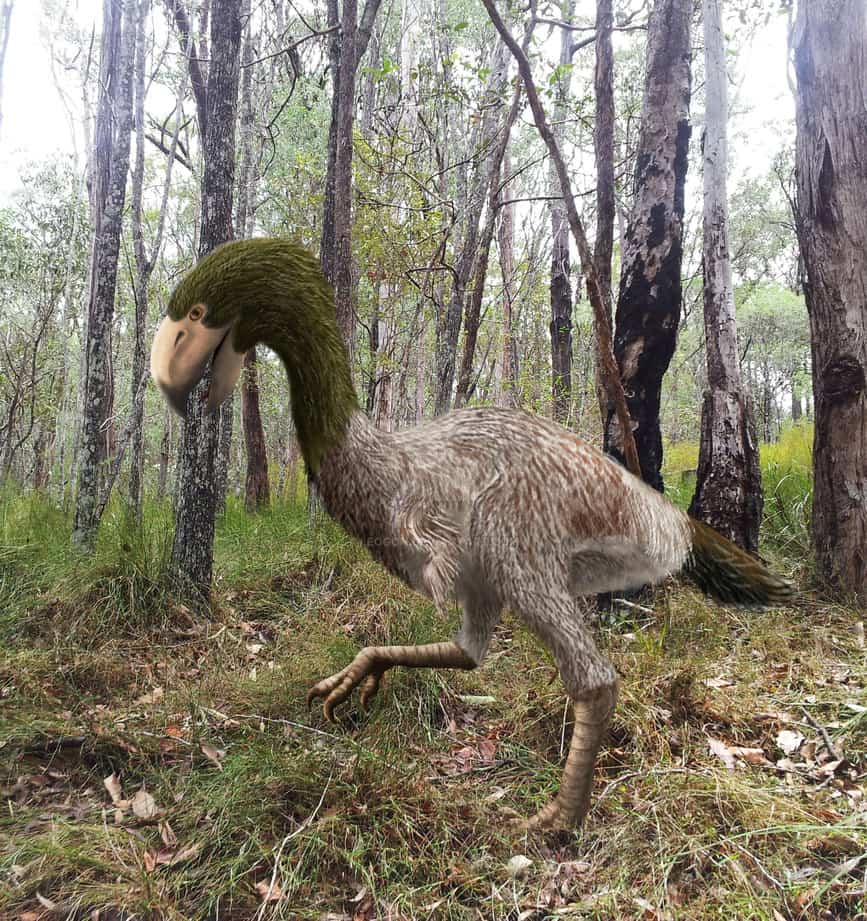 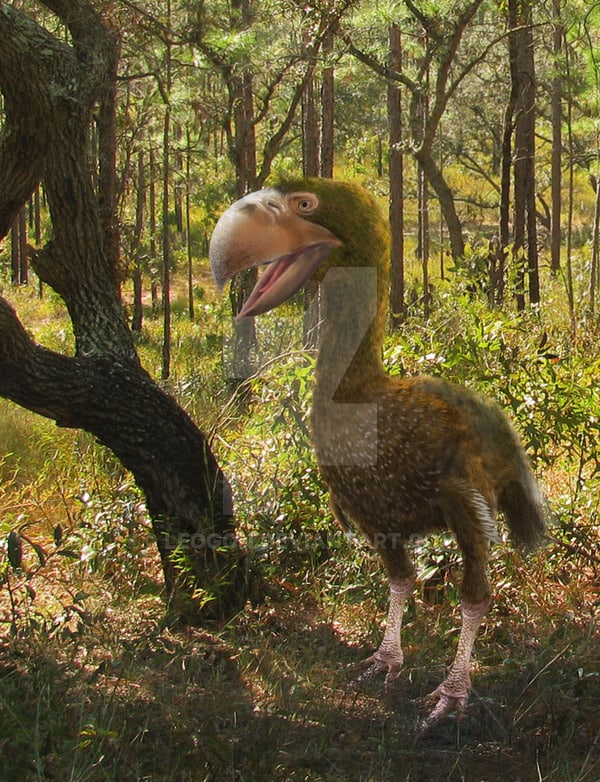 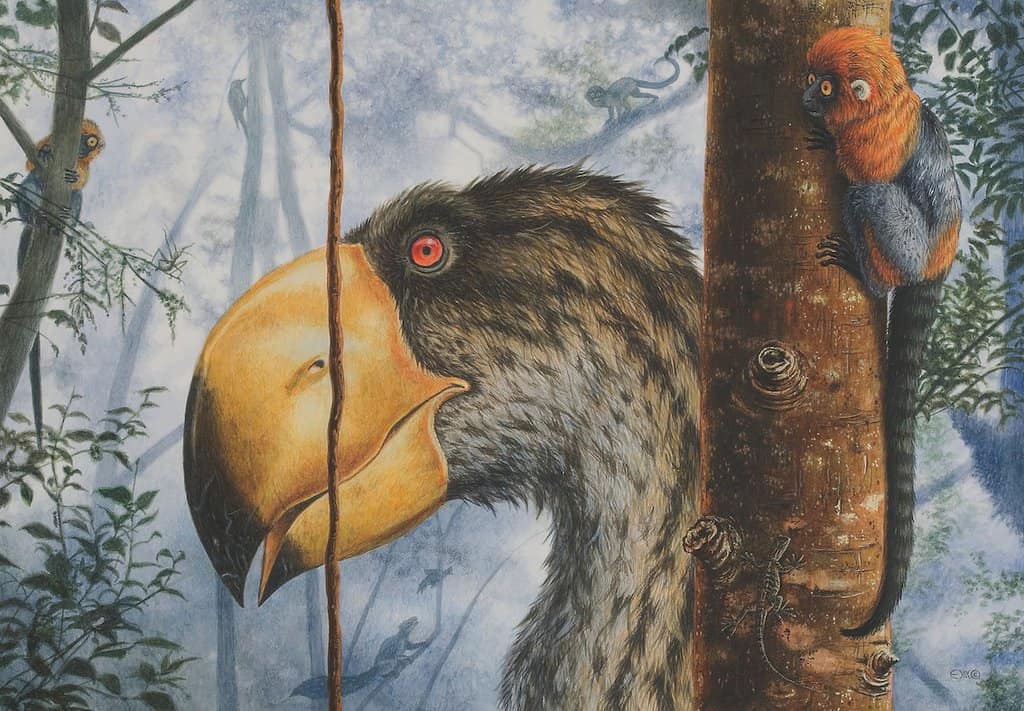 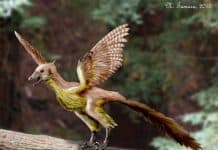 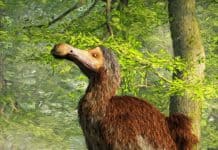 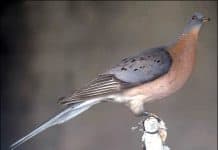 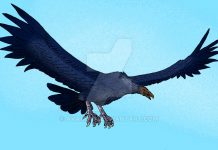 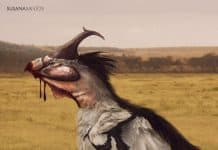 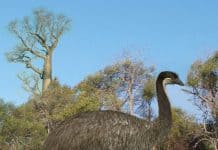