Euparkeria was a reptile which lived approximately 235 million years ago during the Middle Triassic Period. It was first discovered at the beginning of the 20th century in South Africa and was given its name by Robert Broom. He named it Euparkeria, a name which means “Parker’s original lizard.”

If you just look at Euparkeria pictures without knowing anything more about this lizard, then you might think you were looking at an image of a large and ferocious dinosaur. However, that’s wouldn’t be the case. No, this lizard might look big in artist’s renditions, but in reality, it was just a little guy.

Euparkeria was approximately 2 feet long and weighed around 10 pounds. That makes it about the size of an average house cat. However, one of the most fascinating facts about Euparkeria was that it was able to run at a really fast speed. Scientists believe that it may have even run fast enough to have ran across the surface of water without falling in! It probably needed to be fast to avoid some of the larger lizards of its time and to be able to eat some of the animals which were smaller than it.

This reptile was one of the earliest ones to walk on its back legs. But it may not have done it all of the time. It may have remained on four legs most of the time and only running on two legs when it was time to really get moving.

Although paleontologists all agree on the most basic facts about this animal, there is a little bit of a controversy surrounding it. Some scientists believe that this animal was the ancestral relatives of the dinosaurs. That it’s descendants eventually evolved into therapods. Other scientists, however, are not so convinced and believe that this lizard didn’t evolve into the dinosaurs. Until further proof is found, the answer still remains up in the air. 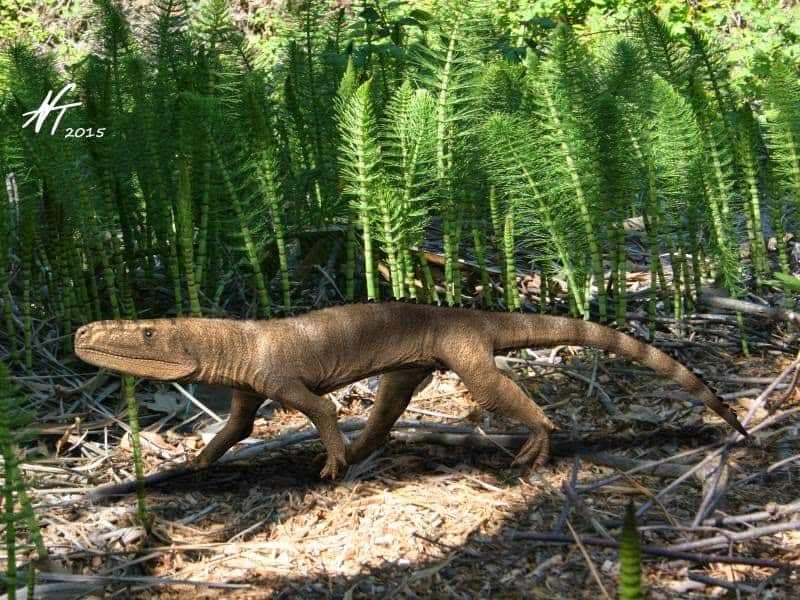