Edaphosaurus is an extinct synapsid which lived approximately 310 million to 280 million years ago – from the Late Carboniferous through the Early Permian Period. It was first discovered in Texas during the 19th century and was later named by Edward Drinker Cope in 1882. He gave it the name Edaphosaurus, a name which means “ground lizard.”

Judging merely from Edaphosaurus pictures, you might think this animal was somehow related to Dimetrodon – another synapsid which lived during the Early Permian Period. After all, they both had sail-fin on their backs and had about the same stance. And they lived during the same time. Sure, Dimetrodon might have been a little bigger, but other than that they both look quite similar. However, while they were close relatives, there is one key difference between them.  Dimetrodon was most likely a carnivore and Edaphosaurus was probably an herbivore. Which could possibly mean that Dimetrodon hunted and ate Edaphosaurus.

Edaphosaurus was approximately 12 feet long and weighed around 600 pounds. It had a large sail-fin on its back which was probably used to help it regulate temperature. Most likely, this lizard was cold-blooded, so it needed the sail on its back to absorb heat during the day and slowly release it during the night. This kept it from roasting in the heat of the sun and freezing to death at night.

One of the most interesting facts about Edaphosaurus is that since its teeth were so primitive, it had to depend on a lot of intestines. Which is why it was so squat and fat. It had to have a lot of intestines just to break down and metabolize all of the tough plants it was eating at the time. It might even have needed to drag its belly along the ground to get around. That would have made it slow and pretty easy prey for some of the large predators of the time. 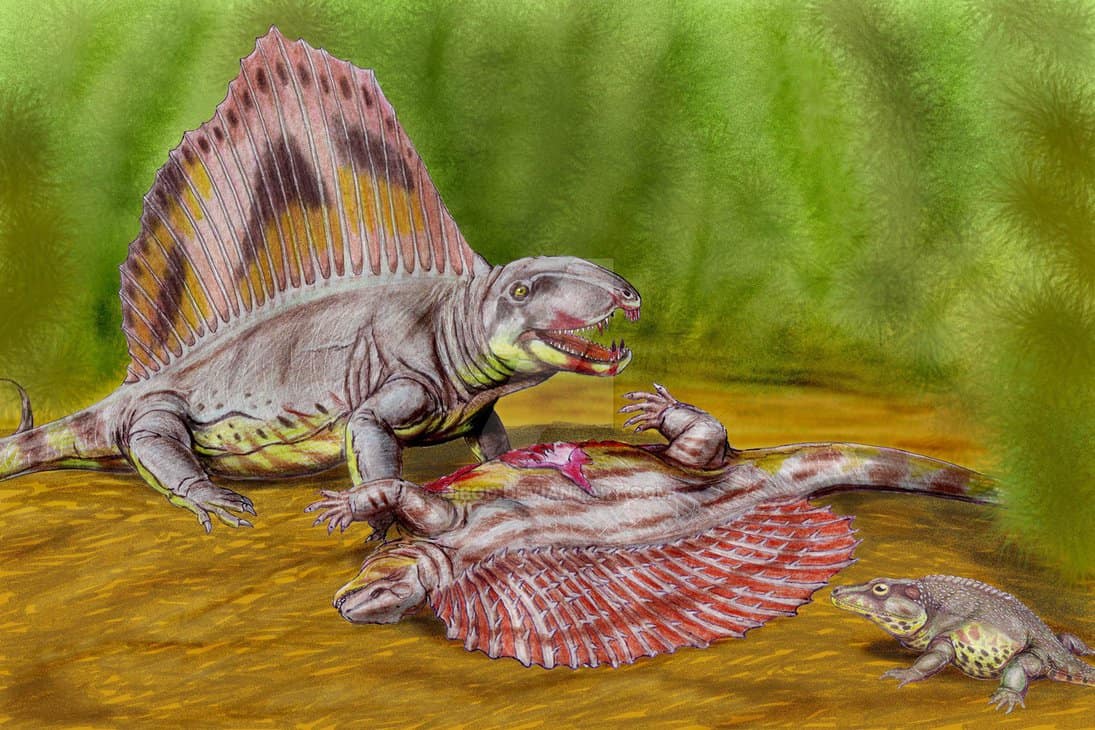 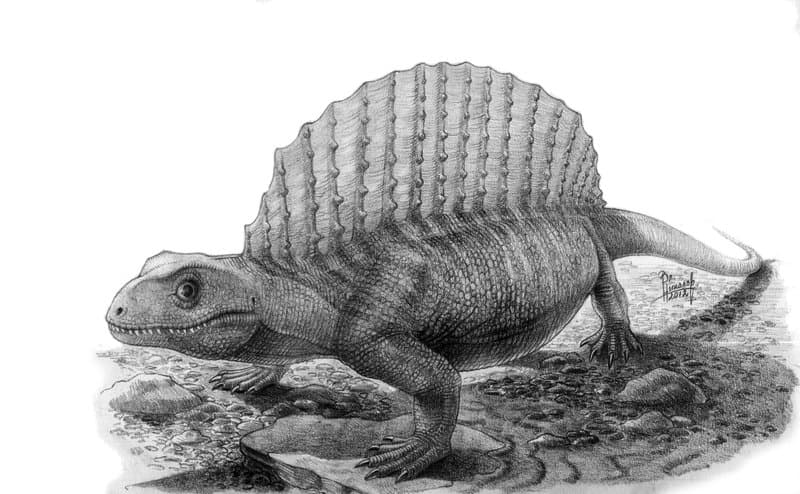 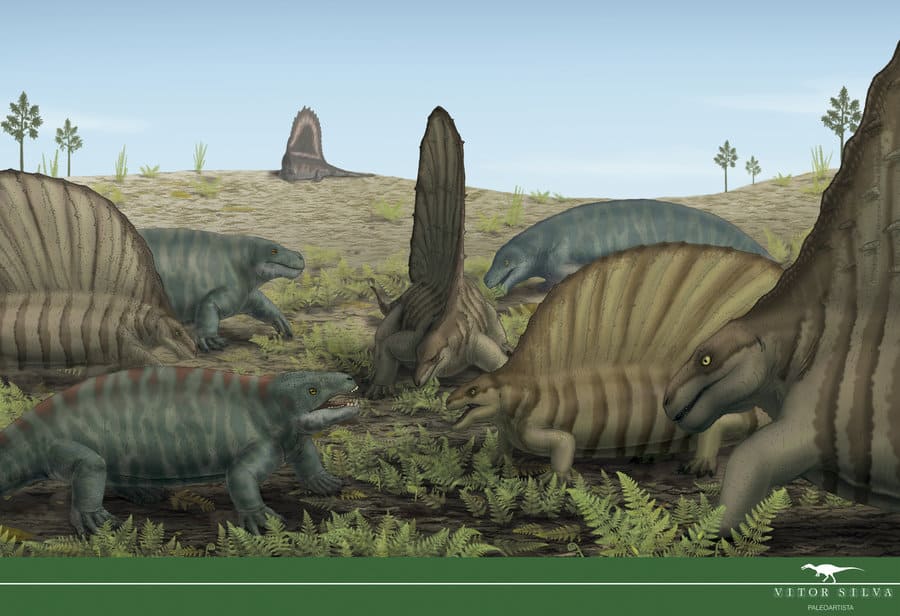 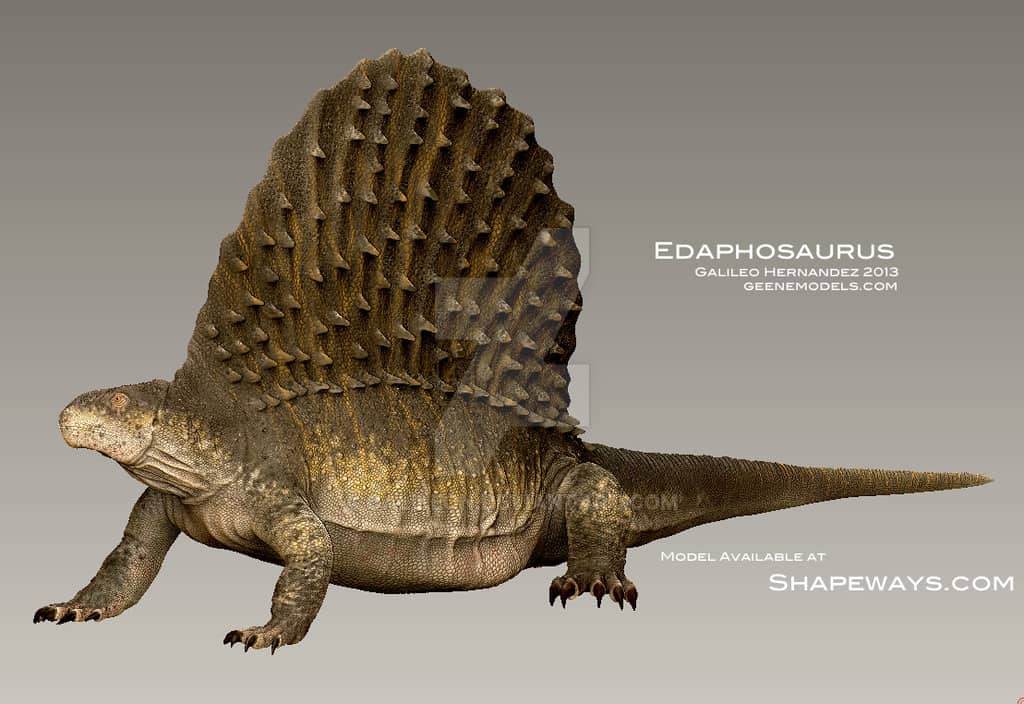 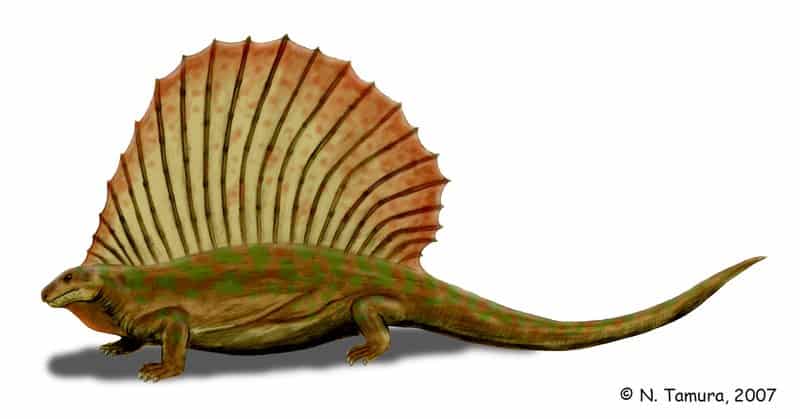 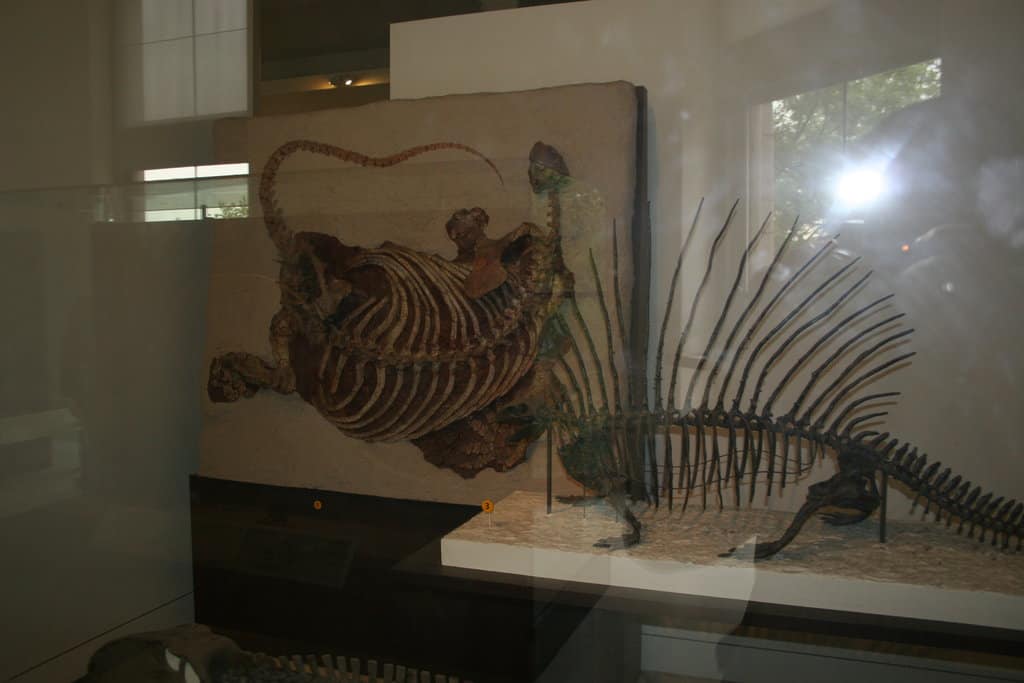 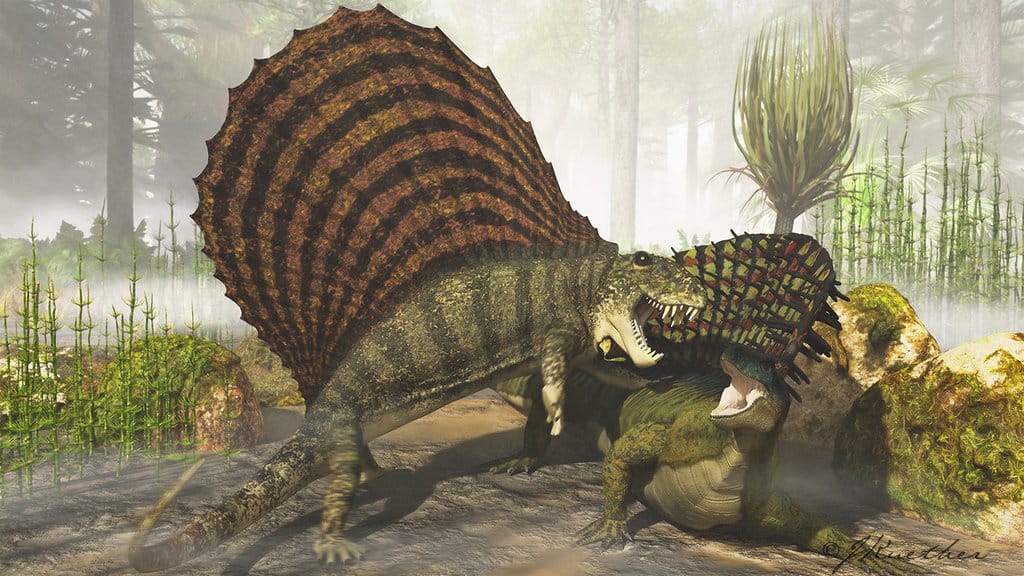