Acanthostega is a tetrapod which lived approximately 365 million years ago during the Late Devonian Period. It was first discovered in Greenland by Gunnar Säve-Söderbergh and Erik Jarvik in 1933 – but that specimen was nothing more than skull fragments. These skull fragments were described and given the name Acanthostega – which means “spiny roof” by Erik Jarvik in 1952. A more complete specimen was discovered by Jennifer A. Clack in 1987.

Acanthostega was approximately 2 feet long and weighed around 10 pounds. Most likely, it inhabited the swamps and rivers of the northern hemisphere and lived off of a diet of fish.

Most Acanthostega pictures show this animal as a stiff and ill-adapted animal – which isn’t too far from the truth. It was poorly adapted to land, as was evidenced by its short limbs that lacked wrists and its eight-fingered hands. Its front feet couldn’t adequately bend, so they couldn’t be used as weight-bearing supports. While it had lungs, its ribs weren’t large enough to give support to its chest cavity when it was out of the water. Therefore, many scientists view it as an evolutionary dead-end.

One of the interesting facts about Acanthostega is that paleontologists believe that it lived in the shallows of a swamp and that its legs had evolved for some other purpose other than walking on land. Some scientists think that this was primarily an aquatic creature who evolved certain features that were useful for living on land. Some paleontologists theorize that its jaws evolved so that the creatures could feed above water or on land while remaining in the water. 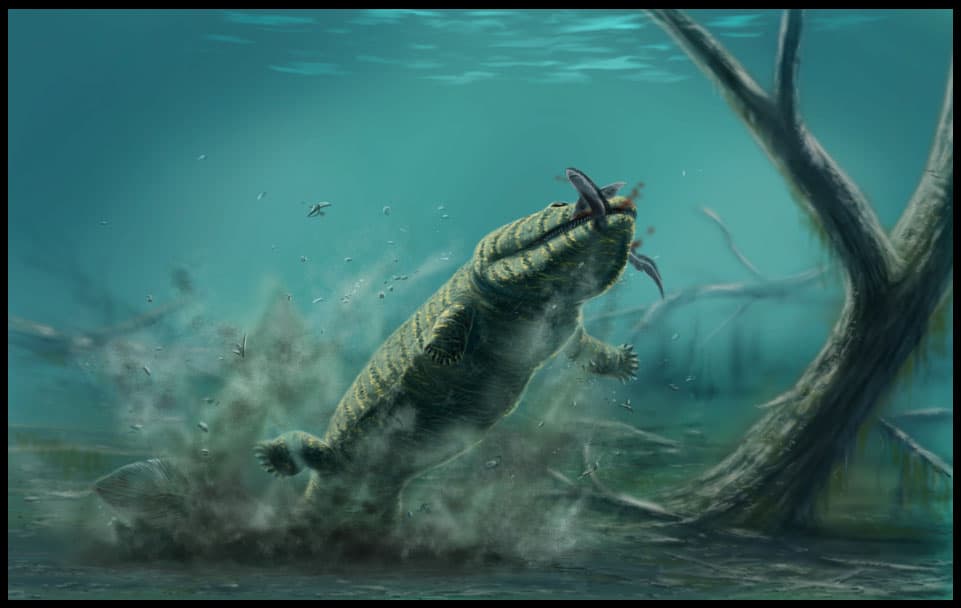 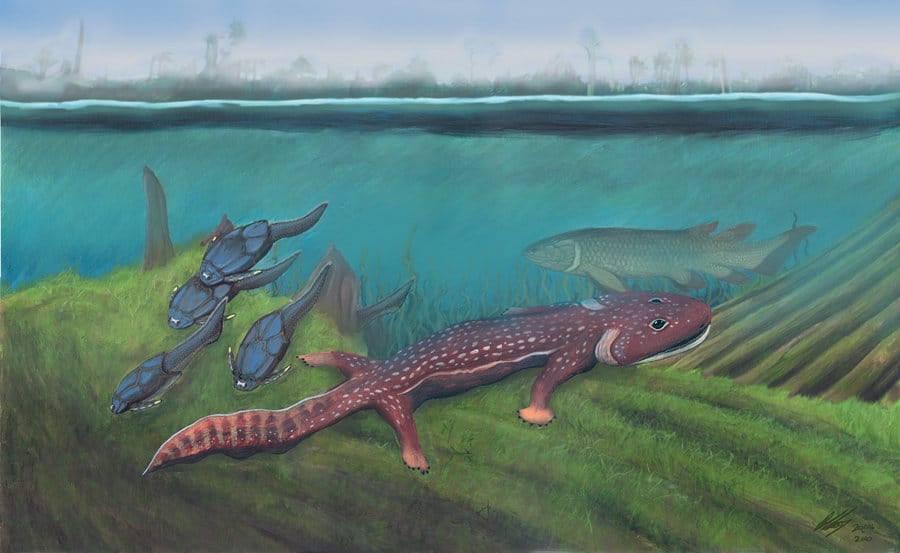 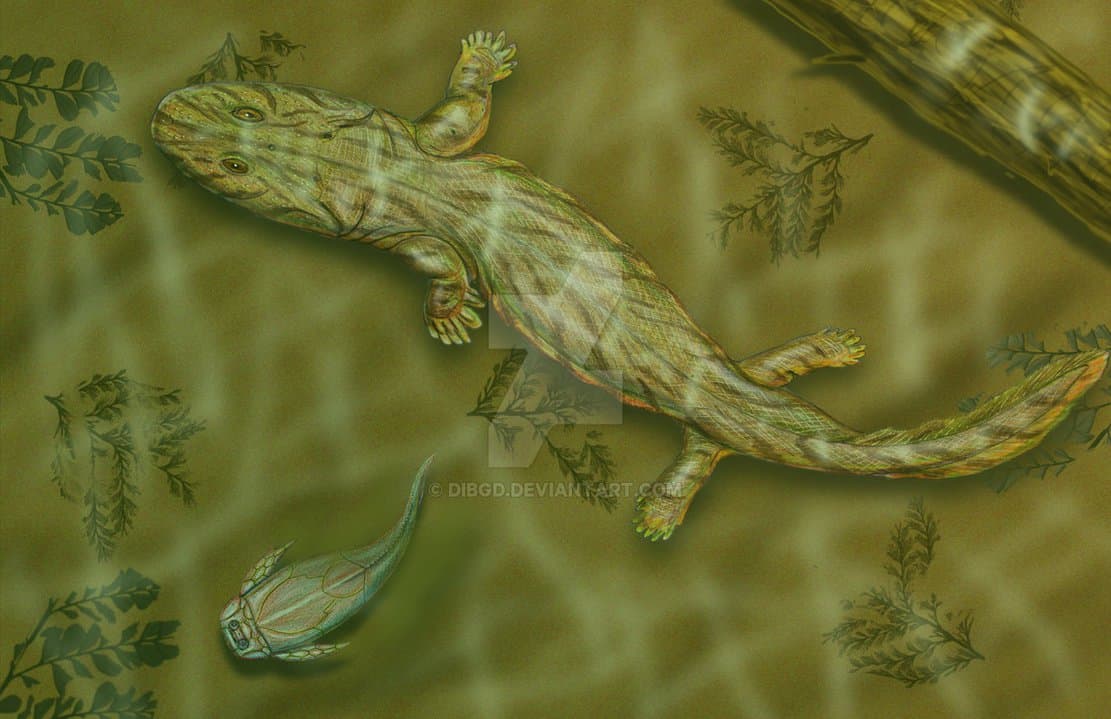 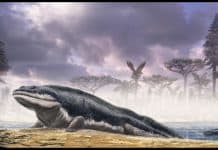 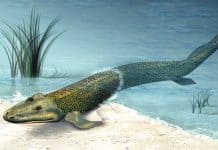